DITSONG: Museums of South Africa (DMSA) celebrates Mandela Day on 18 July in Soshanguve and Mamelodi to support orphans and child-headed households. DMSA Education Officers give learners at Uthando Primary School in Soshanguve and Emasangweni Primary School in Mamelodi a museum experience they will never forget. They then enjoy a birthday cake, various eats and music at the event. 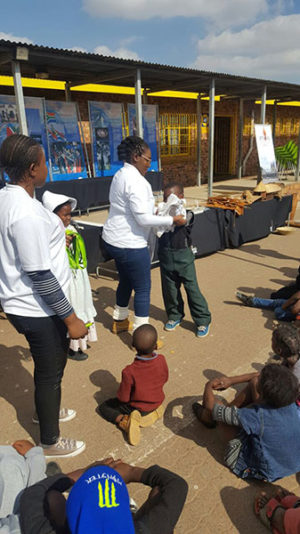 In this essay, Dr Noel Solani of DMSA gives insight into Nelson Mandela’s representations during the period of 1990 to 1993, in light of what would have been Mandela’s 101st birthday this July. It is based on Dr Solani’s systematic research and study titled ‘Understandings and Representations of Nelson Mandela: In commemoration of his 100 years’.
Historically, Nelson Mandela was seen as an African militant nationalist leader by both the liberals and different Marxist tendencies. This image of Mandela was a result of his pronouncements and those of the African National Congress (ANC) Youth League in the early days after the Youth League was launched under the stewardship of Anton Lembede (the Youth League was established in 1944).
However, within the liberation movement, this image began to change when Doctors Alfred B Xuma, Monty Naicker and Yusuf Dadoo signed the doctor’s pact, which brought with it close working relations between the ANC, the Indian Congresses (comprised of the Transvaal Indian Congress and the Natal Indian Congress) and the Congress of Democrats.
In the 1980s, the militant image of Mandela was effectively used by the youth in their militant actions against the apartheid state. This was enhanced by his history of being the first commander of Umkhonto we Sizwe (MK), the military wing of the ANC. This image remained up to the early 1990s. 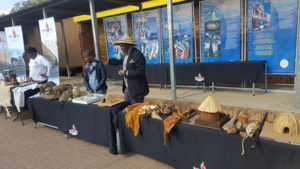 An early indication of the change of thinking by leaders of the ANC in the 1990s was visibly noticeable when Walter Sisulu addressed the Conference of a Democratic Future, which was held at the University of the Witwatersrand. The Conference took place from the 16 to 18 December 1989. In this Conference, Sisulu signalled to the apartheid government that the ANC was ready for a peaceful negotiated settlement. In 1990, when Mandela was released from prison, he gave the same signal as Sisulu. It is in this period when the image of Mandela began to change from that of a militant freedom fighter to that of a statesman and diplomat. In this speech, Mandela stated:
‘Today, the majority of South Africans, black and white, recognises that apartheid has no future. It has to be ended by our own decisive mass action in order to build peace and security… Mr de Klerk has gone further than any other Nationalist president in taking real steps to normalise the situation. However, there are further steps as outlined in the Harare Declaration that have to be met before negotiations on the basic demands of our people can begin.’
In this seemingly balanced speech, Mandela clearly wanted to appeal to the masses of the oppressed as well as democratic whites to rededicate their lives to the abolishment of apartheid, and at the same time, remain vigilant. Mandela’s speech was also aimed at showing the apartheid government, especially its leaders, that the process of radical reforms cannot now be stopped, whatever the difficulties. 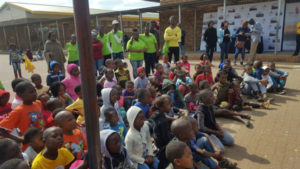 The period in which Mandela and other political prisoners were released also needs to be understood within the global context. By the mid-1980s, Mikhail Gorbachev’s reforms, which came to be popularly known as perestroika and glasnost, meaning economic restructuring and openness in public affairs, had started in the Union of Socialist Soviets Republic (USSR).
In 1989, when Sisulu and others were released from prison, and by 1990 when Mandela was also released, the world had changed. The impact of perestroika and glasnost in its attempts to revive the economy of the USSR had multiple effects on world politics. For the Russians, this was made worse by the crumbling of the oil price and the war in Afghanistan. The fall of the Berlin Wall, which had separated Eastern Germany from Western Germany, was one of the clear indications of the end of the Cold War, at least as it was known then.
The government of South Africa was also facing its own woes, and this is besides the imminent independence of Namibia from the clutches of apartheid South Africa in 1989. The Border War and other proxy wars fought by the Nationalist Party regime in Angola and other African states were costing the government millions of rands that they could no longer afford. 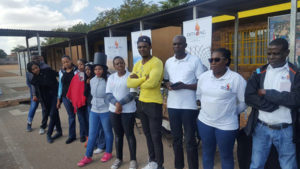 Therefore, both the liberation movement and the apartheid regime were, in many ways, compelled by both domestic and international environments to communicate and open the lines towards negotiations. It was in this context that a visionary leadership that was able to read the international climate was required. Mandela could be counted as one of the leaders of the ANC who were able to correctly analyse the domestic and foreign climate and took a strategic decision to talk with the representatives of government and with the ANC with the aim of bringing the two sides to a negotiated settlement.’

The long version of the article was first published in ANC Today issue 11-17 January 2019, and is republished by special request from DMSA. 2018 marked the centenary of Nelson Mandela, which DMSA celebrated by participating in Rundela27, a 27-kilometre running race through the City of Joburg. The aim of the race was to celebrate the life and legacy of Madiba. The 27 kilometres symbolised the number of years he was in incarceration.  3 000 athletes visited the DITSONG: National Museum of Military History during preparation for the race and en route to the finish line.