2019 marks the 40th anniversary of the iconic Durban International Film Festival (DIFF), South Africa’s longest-running film festival, and the tenth Durban FilmMart (DFM), its partner programme with the Durban Film Office, undoubtedly one of the most important film industry development events on the continent. Together, they bring a half a century of film to Africa. 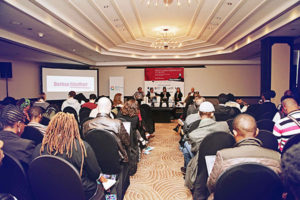 This year, the DIFF, hosted by the University of KwaZulu-Natal’s Centre for Creative Arts, takes place from 18 to 28 July and the DFM from 19 to 22 July, in Durban, South Africa.
DIFF is South Africa’s biggest film event, with a ten-day celebration of top, world-class cinema, screening over 150 new feature, documentary and short films from around the globe with a special focus on South African and African film. Besides formal cinema screenings around Durban, the fest also reaches out to communities that may not have access to cinemas, and also offers opportunities to high school learners to be exposed to independent films.
The DFM is the film industry-focused event that aims to support, facilitate and develop the growth of African film content and create viable opportunities for the film economy to flourish. Registered delegates are able to attend workshops and seminars and network with influential experts, broadcasters and financiers in the film industry who are either guests of the DFM or DIFF or are themselves attending independently to network and further develop business ties. 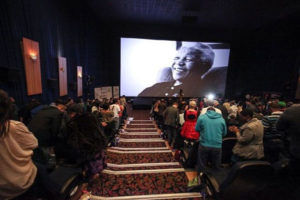 The industry programme includes the twelfth Talents Durban (in cooperation with the Berlinale Talents) for intermediate filmmakers that are pre-selected, and the Isiphethu Hub, which is free and open to emerging filmmakers and members of the public wanting to network and better their understanding of film. This year, the DFM also offers a film and locations expo, which will provide exposure and help promote South Africa and African locations.
Over 1 000 DFM delegates from around the globe are expected to descend on Durban, along with a host of creative talent, including directors, producers, actors, and filmlovers to celebrate these two important milestones in film.
For more information on the DIFF, go to www.durbanfilmfest.co.za and for the DFM, www.durbanfilmmart.co.za.