Joburg Theatre, in partnership with Keeloz Global Entertainment, will be restaging the internationally acclaimed Broadway hit musical Sarafina!. Directed by Nhlanhla Ngema and starring Noxolo Dlamini as Sarafina, it will be staged from 19 July to 11 August 2019 at the Joburg Theatre’s Mandela Stage. 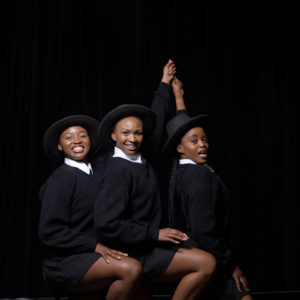 One of South Africa’s most iconic symbols of the struggle for social and political freedom and justice, Sarafina! was conceived by Dr Mbongeni Ngema, who wrote and arranged the music and lyrics, with additional songs by Hugh Masekela. As part of the succession plan, Dr Ngema has awarded the rights to produce Sarafina! to his younger brother Nhlanhla Ngema.
Nhlanhla Ngema starred as Stimela SaseZola in both the original theatre production and the movie version of Sarafina!. He has held principal roles in other Mbongeni Ngema productions, including Magic at 4 A.M., The Best of Mbongeni Ngema, House of Shaka and Asinamali, among others. In 1997, Nhlanhla was among the few South Africans who were cast in Disney’s original Broadway production of The Lion King in New York, where he was one of the lead singers. He has been an assistant director on various productions, including Duma Ndlovu’s Bergville Stories, Mbongeni Ngema’s The Lion of the East and the Playhouse Theatre’s 2010 World Cup production Ingqayi-Ingqayi. In 2002, while in the USA, he directed Woza Albert! at the La MaMa Theatre in New York. Most recently, he was the assistant director on the productions of Sarafina! that played at the State Theatre and Joburg Theatre in 2017 and 2018 respectively. 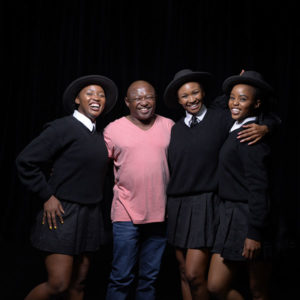 ‘I am honoured to have been given the opportunity to direct this internationally acclaimed Broadway hit musical Sarafina!, having been part of the original cast. I have always aspired to direct a big musical production and it is fantastic that my first big production as a director is Sarafina!. I am grateful to my brother, Mbongeni Ngema, for realising my potential, grooming me and giving me this opportunity,’ says Nhlanhla Ngema.
Sarafina!, through story, song and dance, follows the activities of a fictional class at Morris Isaacson High School against the backdrop of the 1976 student revolts opposing Afrikaans being used as a medium of instruction. This proudly South African musical deals with the radicalisation of a young school girl, Sarafina, who becomes embroiled in the riots and is tortured by the South African police. She inspires her classmates with her commitment to the struggle against the apartheid government.
In the musical’s explosive finale, the students present a class play about the symbolic Day of Liberation they all dream of – when their hero, Nelson Mandela, is released after decades in prison.
‘It is befitting that South Africa’s most successful theatrical export returns to the Mandela Stage for a second season at Joburg Theatre; to give both veterans and new theatre-goers an unforgettable experience of this rich musical legacy. As we have witnessed with past generations, this world-class production is capable of reigniting the belief within young people to overcome whatever challenges their generation has to contend with,’ says Makhaola Ndebele, artistic director at Joburg City Theatres. 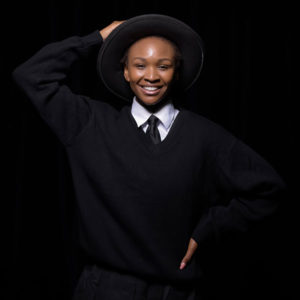 The powerhouse musical took Broadway by storm in January 1988 during Black History Month, culminating in a two-year run on Broadway in Manhattan, New York City, and a five-year tour of the USA. Concurrently, the second cast of Sarafina! premiered in 1988, and went on a four-year world tour, which included the United Kingdom, other parts of Europe, Australia, Japan, as well as various West African countries.
Sarafina! was later converted into a Hollywood feature film starring Whoopie Goldberg, Leleti Khumalo, Dr Mbongeni Ngema, Dr John Kani, and Dr Mirriam Makeba; with the soundtrack produced by Dr Mbongeni Ngema and Quincy Jones. This captured the imagination of the world and marked Sarafina! as a symbol of African triumph and hope across the world.
The play was nominated for five Tony Awards, namely: Best Musical, Best Original Score, Best Choreography, Best Actress in a Featured Role in a Musical and Best Direction of a Musical. It was later nominated for the prestigious GRAMMY Awards; and also won eleven NAACP (National Association for the Advancement of Coloured People) Image Awards in Beverley Hills.
Tickets are now available from R145 on the Joburg Theatre website at www.joburgtheatre.com or by calling 0861 670 670.