With the Durban International Film Festival (DIFF) turning a historic 40 this year, Creative Feel spoke to the DIFF team to find out a bit more about the past and future of this thriving festival. 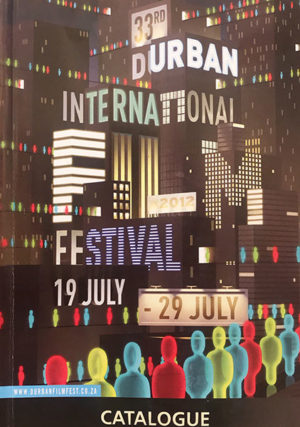 Creative Feel: How and when was the Durban International Film Festival (DIFF) started?
Durban International Film Festival: The DIFF was started in 1979 by Roz Sarkin for the Durban Film Circle, as she simply loved film. She was also a city councillor in Durban at a time when the censor board chose what people in the country could or could not see. When relationships across the colour line were illegal and films depicting this were restricted or banned. When anything vaguely connected to a ‘non-nationalist’ way of thinking could be construed as subversive. Or when nudity in any form was considered pornographic. Roz saw the need for people to get access to film and other ways of thinking.
She sought permission for all people to be able to watch these films in what were traditionally considered ‘white’ cinemas, and took projectors and films into township areas that had no access to films.
There were many others involved in the early days, including her husband Professor Teddy Sarkin, Moosa Moosa of the Avalon Group, and members of the Durban Film Circle. 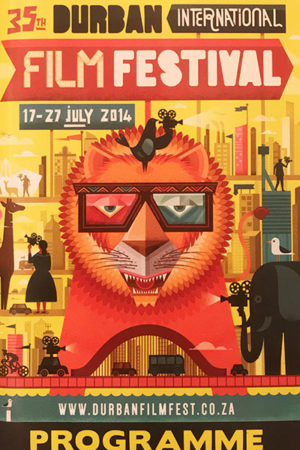 CF: How has the festival grown and changed over the last 40 years?
DIFF: The first festival featured seven films for a week in a three-week rotation. It was housed for the longest time at the Elizabeth Sneddon Theatre. In 1997, Roz handed the reins to the University of KwaZulu-Natal’s Centre for Creative Arts (CCA). The dynamic team, which was led from 1999 by Peter Rorvik and which included the now Sydney Film Festival Director Nashen Moodley, Monica Rorvik and Magdalene Reddy, took the festival to new heights. In its first year with the CCA, the DIFF screened 20 films. For this 40th edition, managed by AFDA alumnus Chipo Zhou, 150 films, including features, documentaries and shorts, will be screened.
The early CCA team worked towards creating an international identity for the festival and to present films from South Africa and the continent, a focus which still continues today. For many years, the DIFF has had a policy to open with a South African premiere, for example, Durban’s Madoda Ncayiyana’s first feature film Izulu Lami opened the fest in 2008. The film went on to win awards internationally as well as at the South African Film and Television Awards (SAFTAs).
Prior to the CCA taking over, there were no workshops and few filmmakers in attendance. Now, the festival hosts workshops, and seminars for emerging filmmakers and has, for ten years, partnered with the eThekwini Municipality’s Durban Film Office in the co-production and finance forum for industry development – the Durban FilmMart (DFM). The focus here is to develop African film content and grow the industry.
In 2009, following extensive research that the eThekwini Municipality’s Durban Film Office undertook, the need for a solid film industry market and forum to support the development of film was identified and thus the annual Durban FilmMart co-production market, led by Durban Film Office Head Toni Monty, was born. Now in its tenth year, the DFM plays a vital role in bringing together filmmakers with experts, investors, broadcasters, producers, sales agents and the like who attend the four-day event during the fest. The Durban FilmMart is recognised today as one of Africa’s most important film finance forums, and acts as a strategic springboard for African filmmakers into the global market place. 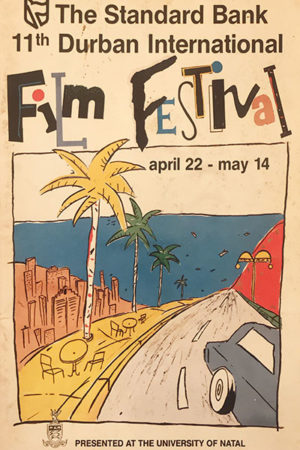 CF: What have been some memorable moments for the festival over the last 40 years?
DIFF: Some highlights include: The formalisation of workshops and seminars for emerging filmmakers which has grown into the Isiphethu Hub, which is free to the public. The focus on South African and African films, and the policy to open with a SA Film – examples include Anant Singh’s Yesterday, directed by Darryl James Roodt and starring Leleti Khumalo, in 2004, and Sara Blecher’s Otello Burning, starring Sihle Xaba in 2011; Jahmil XT Qubeka’s Of Good Report in 2013, which was not classified by the Film and Publication Board (FPB) and thus could not be shown on opening – causing quite a stir; Madoda Ncayiyana’s first feature film in isiZulu, Izulu Lami, which opened in 2008; Zee Ntuli’s Hard to Get in 2014; and many more. There was also the introduction of the Talents Durban in association with the Berlinale International Film Festival for young intermediate filmmakers. 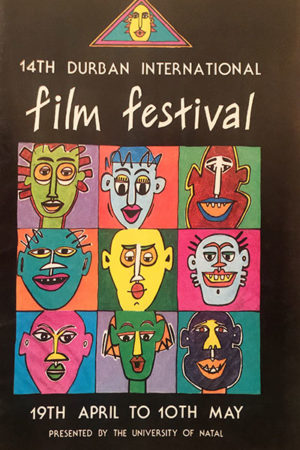 CF: Why is a festival like DIFF so vital to South Africa in particular?
DIFF: South Africa is, at its core, a creative nation and a platform like the DIFF allows for these homegrown stories to have a global reach. The DIFF and its ancillary programme partners, i.e DFM, Durban Talents and Isiphethu Hub, focus primarily on the development of new works, which is a very important part of the creative process – the conceptualisation of what will eventually be tangible end products. Essentially, our partner programmes serve to confirm Durban as the ultimate destination for the development of film on the continent. The next decade is dedicated to cementing that role globally as we welcome new partners and programmes from regions we have not previously engaged with. This is for us an amalgamation of all our ancillary programmes, which enable us to deliver the same quality of engagement across the different platforms. 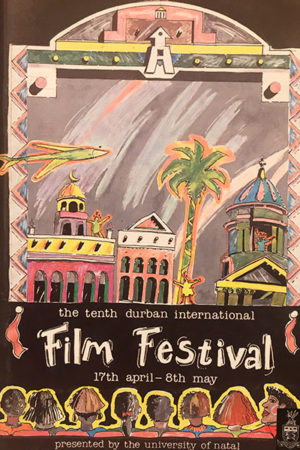 CF: What does it take to keep a festival alive and thriving for 40 years?
DIFF: Community and evolution are the two words that come to mind. The festival is nothing without the filmmakers that support it, the continued backing of the funders, and the audiences who attend the screenings. The passion of the team behind this event is unparalleled and the media partnerships that have been developed over the years continue to push the festival agenda forward. Change is inevitable and its pace of not slowing down anytime soon and the evolving dynamics within the film industry give us an opportunity to deliver an edgier festival model. As a festival, being open to change and being tapped into what is most current keeps us relevant. 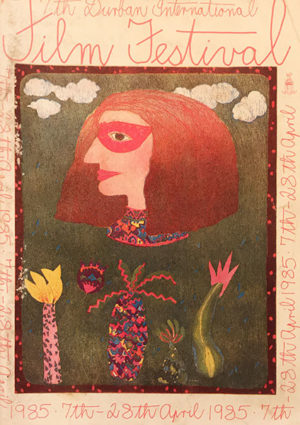 CF: What are DIFF’s growth plans? Are there any changes or developments happening?
DIFF: Our central mission has always been to create an enabling environment for the flourishing of the artistic, cultural expression, development and exchange within the film industry. As the DIFF turns a historic 40, we use this 2019 festival to celebrate a legacy of supporting South African and African film makers as well as our partnership with a global film industry. We celebrate the disruption of the embedded canonical film centres internationally and position the DIFF as the African hub where innovative film voices are discovered and born – this is the onward journey of the DIFF.