Chernobyl, a five-part miniseries co-production from HBO and Sky, dramatises the story of the 1986 nuclear accident, one of the worst man-made catastrophes in history – and of the sacrifices made to save Europe from unimaginable disaster. The series’ producers have utilised the power of music to evoke all the feelings necessary for processing the world’s worst nuclear disaster and even used sounds from an actual power plant in hopes of getting their story’s message across to viewers. 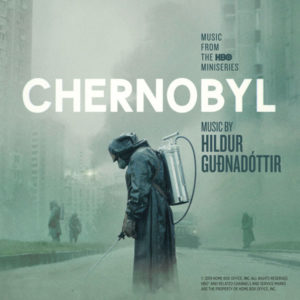 On April 26, 1986, the Chernobyl Nuclear Power Plant in Ukraine, Soviet Union, suffered a massive explosion that released radioactive material across Belarus, Russia and Ukraine and as far as Scandinavia and western Europe.
Jared Harris portrays Valery Legasov, a leading Soviet nuclear physicist. As part of the response team, he was one of the first to grasp the scope of the unparalleled disaster that occurred. Stellan Skarsgård plays Soviet Deputy Prime Minister Boris Shcherbina, who is assigned by the Kremlin to lead the government commission on Chernobyl in the hours immediately following the accident. Emily Watson portrays Ulana Khomyuk, a Soviet nuclear physicist committed to solving the mystery of what led to the Chernobyl disaster.
Writer, creator and executive producer Craig Mazin began researching the Chernobyl disaster in 2014, using a wide variety of materials, including several books, government reports from inside and outside of the Soviet Union and first-person accounts. He spoke to nuclear scientists to learn how a reactor works and interviewed former Soviet citizens to gain a better sense of the culture in 1986. Chernobyl was filmed on location in Lithuania and Ukraine, with Johan Renck (Breaking Bad) as director.
Hildur Gudnadóttir, who composed the soundtrack, was tasked with creating a score haunting enough to make viewers really feel the danger behind the catastrophe. The Icelandic composer/cellist/singer says that she used field recordings captured at a now-decommissioned power plant in Lithuania to build the show’s eerie and ominous soundtrack, noting that they had to wear full hazmat suits to do so.
Every single sound heard in the score is made from the recordings captured on site, and Gudnadóttir says that she and her team found themselves ‘observing’ the setting, hoping to experience from a listener’s perspective what it’s like to actually be inside of a power plant. ‘We associate certain sounds of a nuclear disaster and those emitters, but there are so many other sounds that are there that were just so interesting to observe.’
The Chernobyl soundtrack has been released digitally by Deutsche Grammophon and is available for download on Amazon.