Constant & Cultural is a monthly column by Michelle Constant, CEO of The Constitution Hill Trust, a journalist, radio presenter, business leader and champion of the arts. 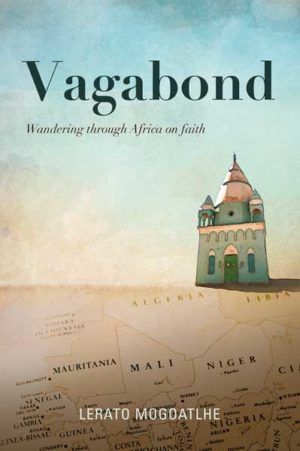 Recently in the City Press, currently my favourite weekend newspaper, I read an article titled Nobody Will Be Named by journalist Charl Blignault. The piece is a powerful and disturbing appraisal of the current and draconian anti-LGBTQI+ laws that were introduced by Nigerian lawmakers a few years back. Blignault talks to members of the Nigerian LGBTQI+ community, describing how the law against the act of homosexual sex effectively ‘bans being gay’. The article illustrates the fear and dangers of being publicly ‘othered’, resulting in a jail sentence. Nobody Will Be Named is a story about Lagos and Nigeria but, ultimately, it is also the story of Uganda where LGBTQI+ activities are banned and criminalised, coming close in 2014 to having the death penalty attached to LGBTQI+ activities. It is also the story of Tanzania, Egypt and Sudan on our continent. It paints a bleak picture, one that appears at odds with the African generosity that Lerato Mogoatlhe’s book Vagabond – Wandering through Africa on Faith (Blackbird Books, Jacana Media) talks to. Her book is described as hilarious and honest, and I can certainly vouch for both descriptors. What stands out for me, though, is how South Africans forget that our patch of land is integrally part of the patchwork quilt that is Africa, woven with coloured threads that match, contrast and ultimately bind us to the extraordinary and sometimes binary experience for anyone who chooses to travel north, west, east and south.

To read more about anti-LGBTQI+ laws across Africa, purchase the June 2019 issue of Creative Feel or, to continue supporting our role in the South African arts and culture sector, subscribe to our monthly magazine from only R180.00 to R365.00 per year!