South African history requires a revisiting wherein the citizens tell stories and record their memories, draw experience from others on the African continent, create a heritage for future generations that unites humanity, and build a future society that does not fail to recognise the contribution of various players in history and their contributions in bringing forth liberation. As South Africa commemorates 25 years of freedom, the establishment of liberation routes, projects along such routes and the history lessons learnt from such experiences will be celebrated.

The Department of Tourism in South Africa is highlighting the fact that tourism as an industry can readily deliver the jobs and sustainable economic growth that our country so urgently needs. To give expression to its mandate, the Department has been at the forefront of the commissioning and construction of destination enhancement tourism facilities through its Working for Tourism Programme.
As the Minister of Tourism, Derek Hanekom, commented during the unveiling of the Map of Africa at the Agulhas National Park: ‘Through partnerships and collaborations, we are able to ensure the sustainability of the sector’s growth is part of an inter-ministerial process that looking into the establishment of liberation heritage routes in every province that will facilitate the celebrations of our history.’
It seeks to create jobs through Public Employment Programmes for tourism, by increasing the labour intensity of government-funded infrastructure projects, employment can be provided for the local community and involve small, medium and micro enterprises.
In addition to the Iconic Map of Africa Monument in the Agulhas National Park, the Sisulu Circle at Walter Sisulu National Botanical Garden, the Cradock Four Garden of Remembrance in the Eastern Cape, The Long March to Freedom Exhibition at the Cradle of Humankind, and the Nelson Mandela Capture Site in Howick, further sites are being developed like the Nelson Mandela Statue at the Union Building, the Samora Machel Crash Site in Mpumalanga and the Winnie Mandela House in Brandfort. 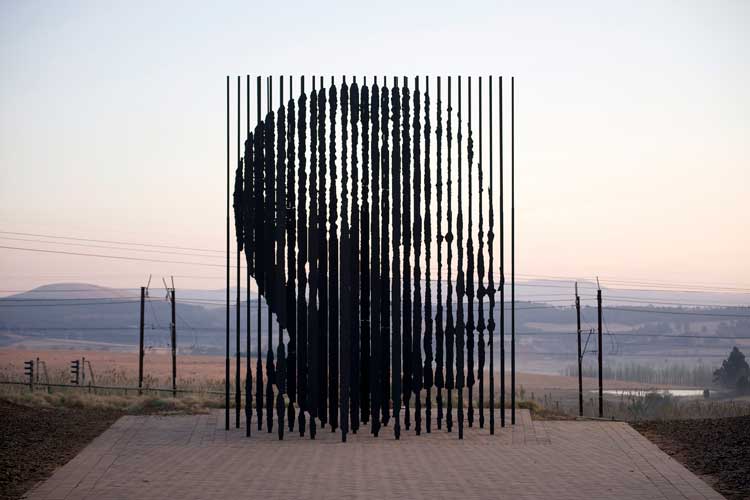 On 5 August 1962, an otherwise ordinary piece of road along the R103, roughly three kilometres outside Howick in South Africa’s KwaZulu-Natal province, suddenly took on a profound consequence. Armed apartheid police flagged down a car in which Nelson Mandela was pretending to be the chauffeur. Having succeeded to evade capture by apartheid operatives for 17 months, Mandela had just paid a clandestine visit to African National Congress (ANC) president Chief Albert Luthuli’s Groutville home to report back on his African odyssey, and to request support in calling for an armed struggle. This arrest marked one of the most significant moments in the history of the apartheid era, as well as the future of this country. It was in this dramatic way, at this unassuming spot, that Nelson Mandela proceeded to disappear from public view for the next 27 years.
The monument in honour of Nelson Mandela and his efforts is a dramatic representation of the multi-faceted influences and the nature of a single human being that had an enormous effect on the identity of a nation. It was created by Marco Cianfanelli and Jeremy Rose, who collaborated on this magnificent project.
The sculpture at the Nelson Mandela Capture Site comprises 50 steel columns that are between 6 and 9.5 metres in height and cover a width of almost 30 metres. These laser-cut columns line up so that, at a specific angle, they create what seems to be a two-dimensional image of Mandela. So dramatic is the effect that it can be seen from 30 metres away. This monument is situated at the end of a winding path, which represents the long walk to freedom that he took towards his goal of political equality.
In the near future, the uMngeni Municipality has formal plans to establish an amphitheatre, theatre, museum and arts and crafts centre at the Nelson Mandela Capture Site. This will uplift the local community, creating more job opportunities, and will promote tourism to this part of the beautiful KwaZulu-Natal Midlands. 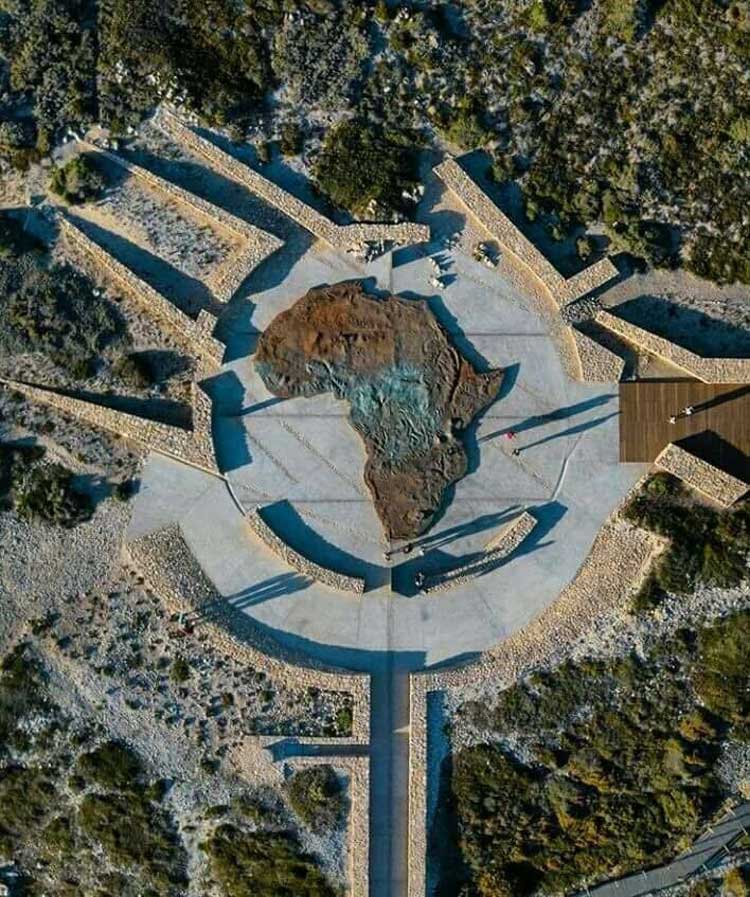 During the Human Rights Day celebrations earlier this year, the Iconic Map of Africa Monument was unveiled in the Agulhas National Park at the southernmost tip of Africa, where the Atlantic and Indian Oceans meet at Cape Agulhas. The symbolism of the map, a new must-see iconic attraction, was unveiled in the Southern Overberg region of the Western Cape, paying homage to the mighty African continent.
This Iconic Map of Africa Monument is one of the infrastructure features commissioned and developed at the Agulhas National Park by the Department of Tourism in collaboration with South African National Parks (SANParks), to enhance visitor experience and boost the local tourism economy.
The monument design shows the direction of the compass and includes representation of several African landmarks. It also lends itself to walking meditation or quiet contemplation while visitors behold the majestic confluence of the two mighty oceans.
During his unveiling address, Minister Hanekom referred to South Africa’s rich biodiversity and natural heritage found in our national parks, which are key tourism drawcards. ‘We can only enhance these amazing tourism offerings by adding features like the Iconic Map of Africa Monument to deliver memorable experiences to our visitors and ensure many happy returns. The funding and supporting of infrastructure development projects is particularly important to us – it enables us to fulfil our mandate of creating inclusive economic opportunities for our people. Remember, through these initiatives, people get jobs and local SMMEs also generate income from the services they render. All South Africans should desire tourism growth as it translates into economic growth, jobs and opportunities for many.’ 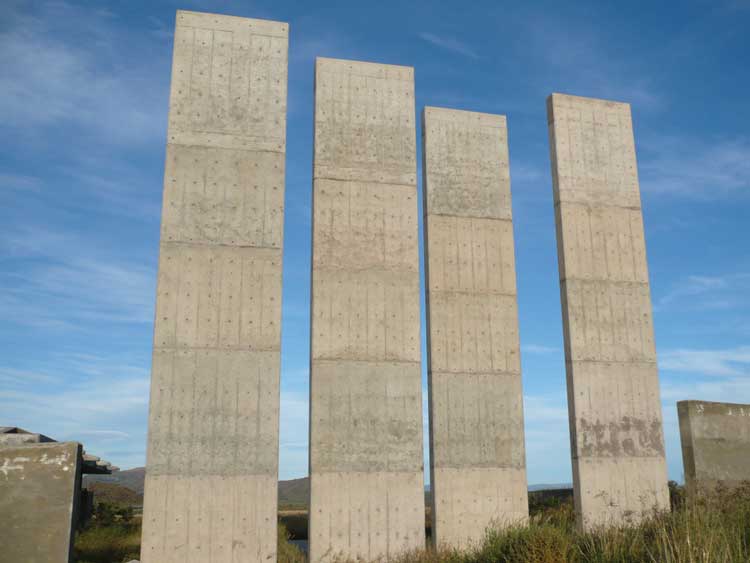 The quaint town of Cradock in the Eastern Cape can proudly count itself among the hidden gems that boast a prestigious tourism offering that is intrinsically linked to South Africa’s liberation. The recently launched Cradock Four Garden of Remembrance memorial honours the four struggle heroes of Cradock – Matthew Goniwe, Sicelo Mhlawuli, Sparrow Mkhonto, and Fort Calata.
In addition, the memorial also honours those who suffered or died for the freedom of the people of South Africa. These people are honoured at the Cradock Four Garden of Remembrance by having their names inscribed on the Wall of Remembrance.
The Cradock Four were members of the Cradock Residents Association (CRADORA), an affiliate of the United Democratic Front (UDF), which was established on 20 August 1983. The UDF, with its affiliates, embarked on a national democratic struggle to dismantle apartheid in its totality.
Also featured on the Wall of Remembrance is Reverend Canon James Arthur Calata. During his time in the ANC, Calata made Cradock an epicentre of national resistance against segregation and apartheid. In the early 1980s, Cradock became an epicentre of the national democratic struggle against the oppression of Africans, Coloureds, and Indians. It became a model of organisation for the liberation movement with its Matthew Goniwe Plan (MG Plan).
The Cradock Four Garden of Remembrance aims to facilitate learning and sharing from the legacy of the Cradock Four through educational and cultural activities. 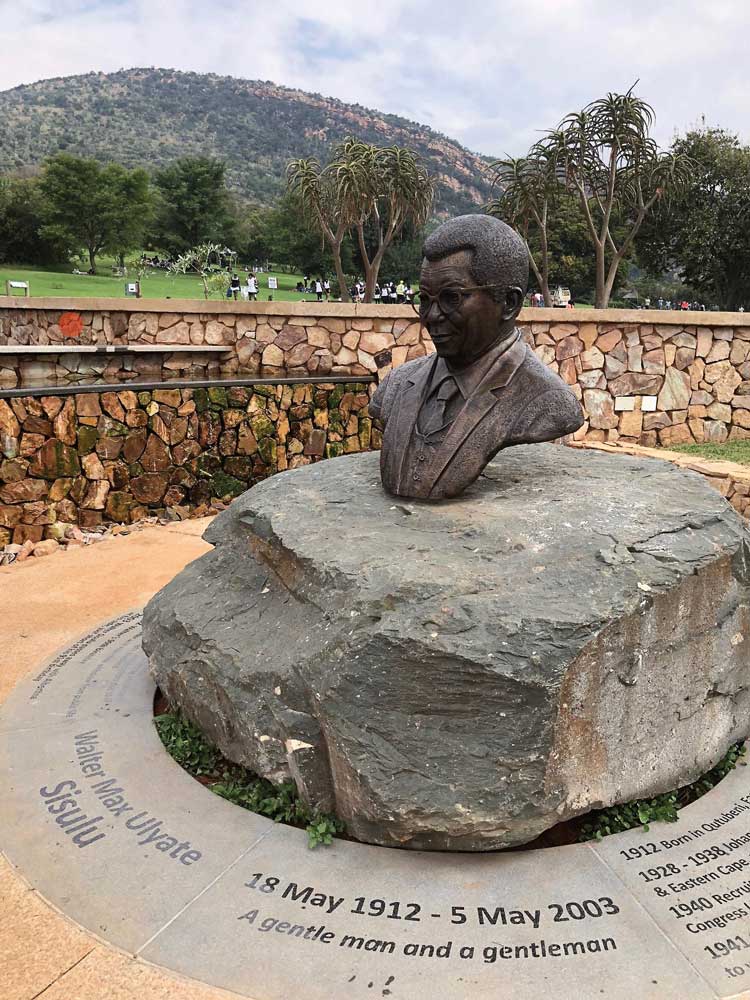 The Walter Sisulu National Botanical Garden is one of the top five most visited tourism facilities in Gauteng. Noting its tourism potential, the Department of Tourism identified the garden for further enhancement under its Tourism Incentive Programme to construct The Sisulu Circle Garden, a landscaped area paying tribute to the late Walter Sisulu.
The Sisulu Circle Garden, which includes a bust sculpture of the late Walter Sisulu, a water feature with aquatic plants, information and interpretation points, showcases a range of tourism and marketing initiatives funded by the Department of Tourism.
South Africa is considered to be the third-most mega-diverse country in the world and South Africa’s natural heritage remains one of the most popular attractions for South Africans and visitors to the country.
The introduction of the Sisulu Circle is an ideal opportunity for the public and, in particular, the youth, to reconnect with South Africa’s important heritage. It is an opportunity to not only honour a great man, but to learn more about the role played by Walter Sisulu in the attainment of democracy and the freedoms that the country has enjoyed since 1994.
The 276-hectare Walter Sisulu National Botanical Garden was established in 1982 and plays an important conservation role, including the protection of one of the few remaining populations of the Endangered Albertina Sisulu Orchid in Gauteng. The garden also hosts a breeding pair of Verreaux’s Eagles. Nearly 250 bird species have so far been recorded in the Garden.

The Long March to Freedom, Maropeng Centre – the Cradle of Humankind 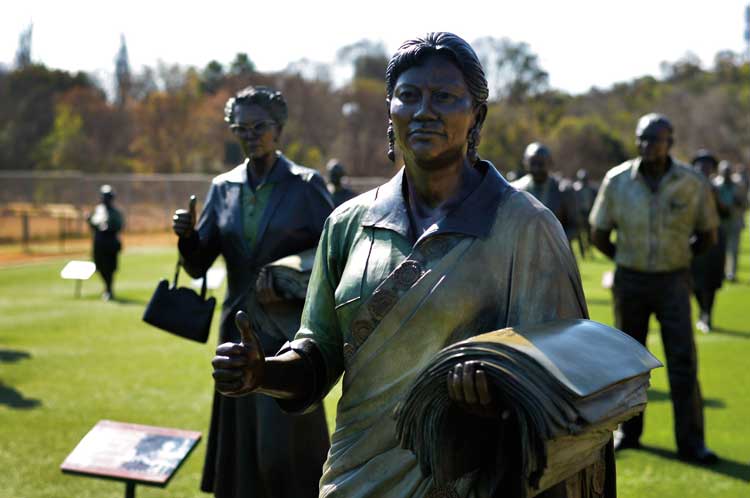 The Maropeng Centre at the Cradle of Humankind, just a short drive from Johannesburg, takes the visitor through the journey of time; from the ice age to the time of homo naledi, to what the future might hold. In keeping with Maropeng’s mission to profile the human journey, The Long March to Freedom exhibition that had been previously housed at the Fountains Valley Resort in Tshwane, has now been moved to Maropeng and can be visited until the end of June 2019.
Celebrated as the largest exhibition of representational bronze sculptures anywhere in the world, visitors can walk in the footsteps of liberation giants such as Nelson Mandela, Oliver Tambo and Helen Suzman, where almost 100 striking life-sized bronze statues are on display as South Africa celebrates 25 years of democracy.
The Cradle of Humankind is about the full span of the human journey, while The Long March to Freedom exhibition tells the South African journey as visitors follow South Africa’s four-century odyssey to freedom represented by a succession of iconic figures. Meet and learn more about the kings and chiefs, the intellectuals and activists, the leaders and supporters, and the many other brave men and women who played a vital role in shaping the South Africa of today – all sculpted in walking motion, symbolically striding forward in unison towards democracy.
The commissioning of the first 100 life-sized statues, in what will eventually be a procession of more than 400 bronzes, has been a monumental undertaking, creating employment and skills transfer opportunities for a number of established and up-and-coming South African sculptors.