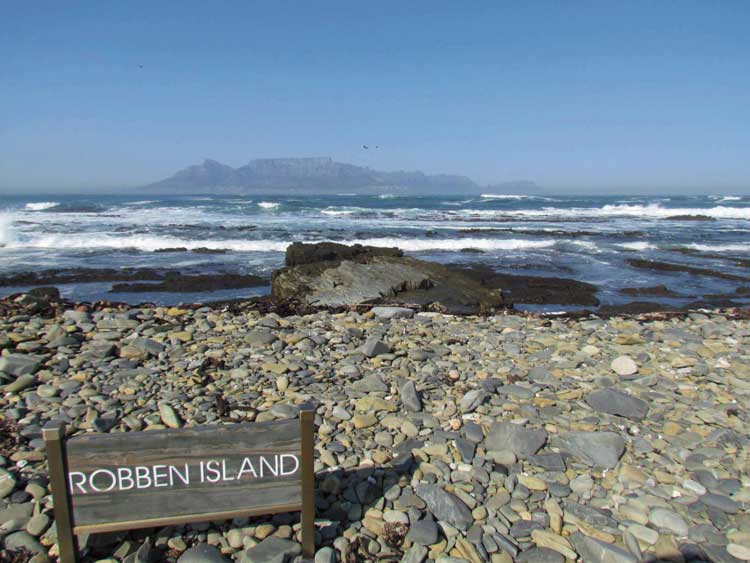 Robben Island and its prison buildings symbolise the triumph of the human spirit, of freedom, and of democracy over oppression.
Many members of the World Heritage Committee expressed their pleasure and emotion and congratulated South Africa for having proposed this site, which symbolises the fight against oppression, the victory of democracy and the process of national reconciliation. 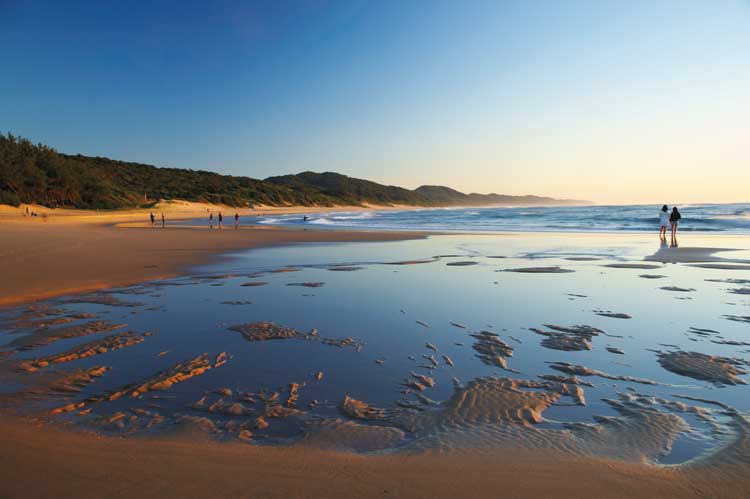 The iSimangaliso site consists of 13 contiguous protected areas with a total size of 234 566 hectares. The site is the largest estuarine system in Africa and includes the southernmost extension of coral reefs on the continent. The site contains a combination of on-going fluvial, marine and aeolian processes that have resulted in a variety of landforms and ecosystems.
Features include wide submarine canyons, sandy beaches, forested dune cordon and a mosaic of wetlands, grasslands, forests, lakes and savanna. The variety of morphology, as well as major flood and storm events, contribute to ongoing evolutionary processes in the area. Natural phenomena include shifts from low to hyper-saline states in the Park’s lakes; large numbers of nesting turtles on the beaches; the migration of whales, dolphins and whale-sharks off-shore; and huge numbers of waterfowl, including large breeding colonies of pelicans, storks, herons and terns. The Park’s location between sub-tropical and tropical Africa as well as its coastal setting has resulted in exceptional biodiversity, including some 521 bird species.

The Fossil Hominid Sites of Sterkfontein, Swartkrans, Kromdraai, and Environs
1999 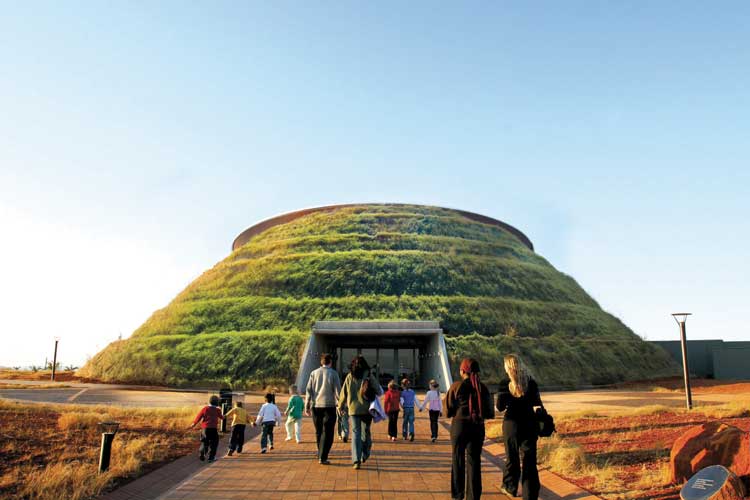 The Sterkfontein area contains an exceptionally large and scientifically significant group of sites that throw light on the earliest ancestors of humankind. They constitute a vast reserve of scientific information, the potential of which is enormous. 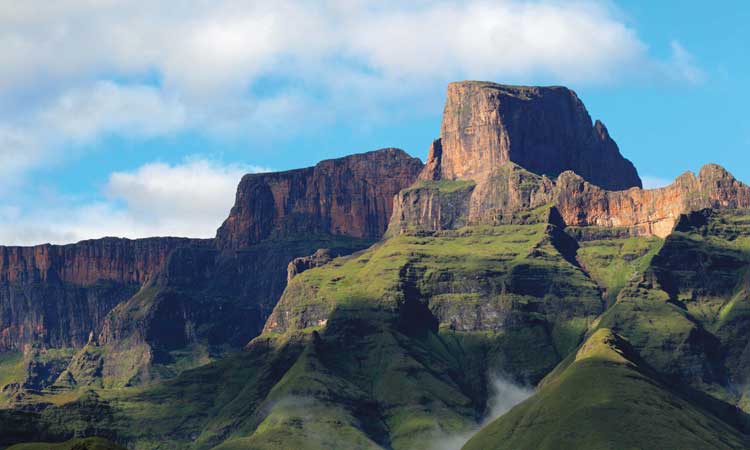 The site has exceptional natural beauty with soaring basaltic buttresses, incisive dramatic cutbacks and golden sandstone ramparts. Rolling high altitude grasslands, the pristine steep-sided river valleys and rocky gorges also contribute to the beauty of the site. The site’s diversity of habitats protects a high level of endemic and globally threatened species, especially of birds and plants.
The rock art of the uKhahlamba-Drakensberg is the largest and most concentrated group of rock paintings in Africa, south of the Sahara, and is outstanding both in quality and diversity of subject. The San people lived in the mountainous uKhahlamba-Drakensberg area for more than four millennia, leaving behind them a corpus of outstanding rock art that throws much light on their way of life and their beliefs. 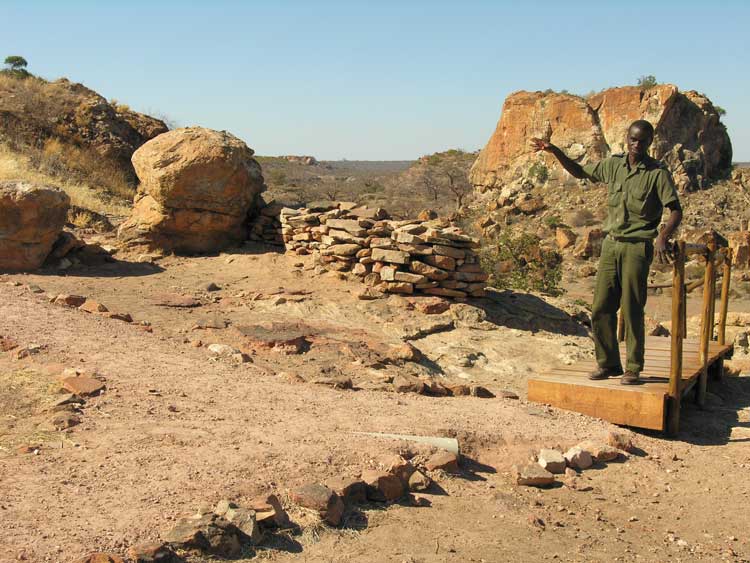 The Mapungubwe Cultural Landscape contains evidence of an important interchange of human values that led to far-reaching cultural and social changes in southern Africa between AD 900 and 1300.
The remains in the Mapungubwe cultural landscape are a remarkably complete testimony to the growth and subsequent decline of the Mapungubwe State, which, at its height, was the largest kingdom in the African sub-continent
The establishment of Mapungubwe as a powerful state, trading through the East African ports with Arabia and India, was a significant stage in the history of the African sub-continent.
The remains in the Mapungubwe cultural landscape graphically illustrate the impact of climate change and record the growth and then decline of the Kingdom of Mapungubwe as a clear record of a culture that became vulnerable to irreversible change. 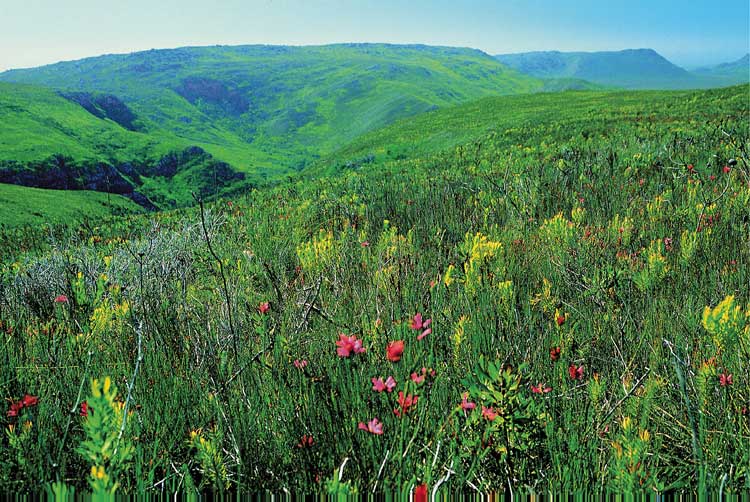 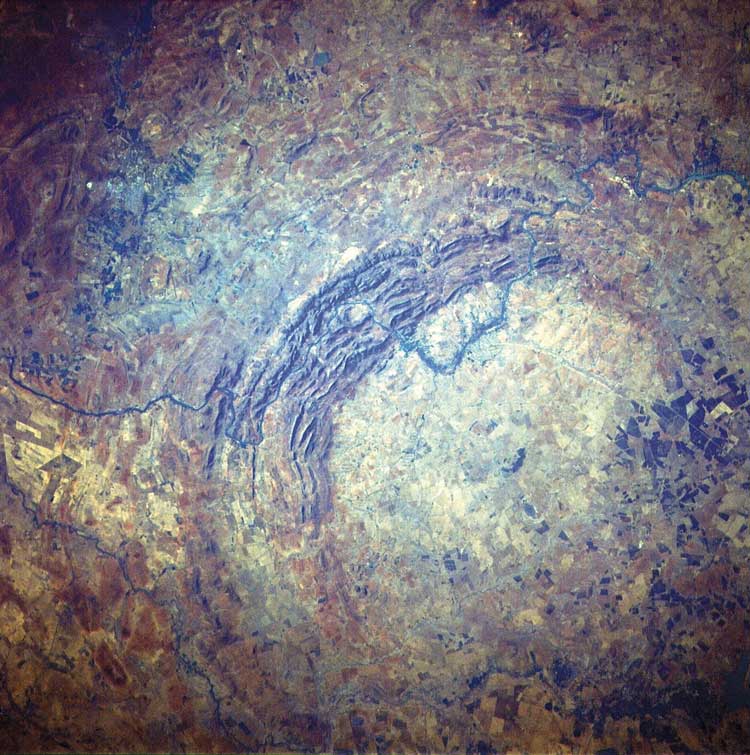 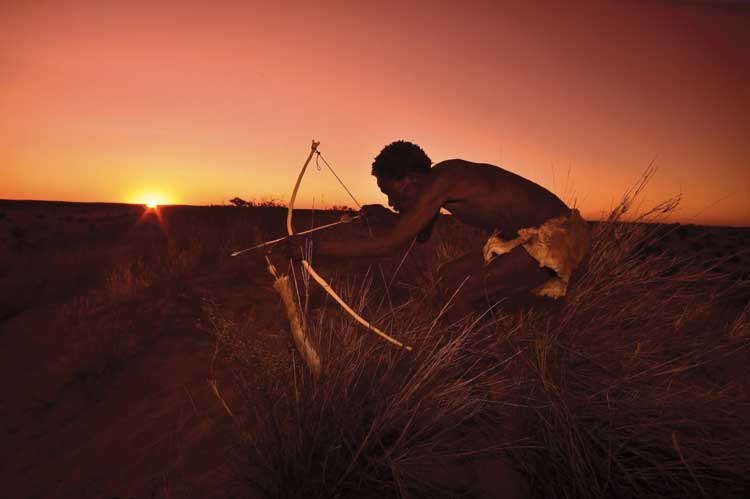 The ǂKhomani Cultural Landscape is uniquely expressive of the hunting and gathering way of life practised by the ancestors of all modern human beings; so are the simple, yet highly sophisticated technologies which they used to exploit scarce resources such as water, find plant foods in an extremely hostile environment, and deal with natural phenomena such as drought and predators.
Of enormous significance is the survival of the last speakers of the !Ui-Taa languages in the ǂKhomani community. Their ethnobotanical knowledge and memories of a virtually extinct way of life and beliefs can be linked directly with the vast archival records of the closely related |Xam further to the south, and the even vaster southern African treasure house of Bushman rock art. 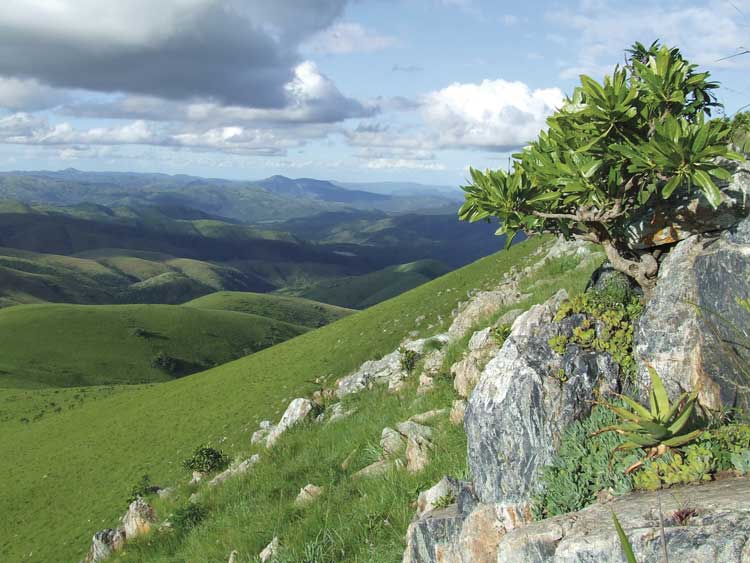 The Barberton Makhonjwa Mountains contain the best, most diverse and outstanding examples of rock outcrops from the Archaean stage of Earth’s history. Its rocks have revealed the earliest record of single-celled life forms as well as the earliest and most significant geomorphic features, including detailed evidence of the processes involved in the evolution of the originally oxygen-free oceans and atmosphere, and creation of the first continental landforms.

The property is a truly unique remnant of the ancient Earth’s crust, containing among the oldest, and undoubtedly the best-preserved sequence of volcanic and sedimentary rocks on Earth. These highly accessible ancient exposures present a continuous 340-million-year sequence of rocks, starting
3.6 billion years ago. Their physical and chemical characteristics provide an unparalleled source of scientific information about the early Earth. The outstanding value of these rocks lies in the large number of sites and features that, when combined, provide a unique, and as yet only partially explored, scientific resource.