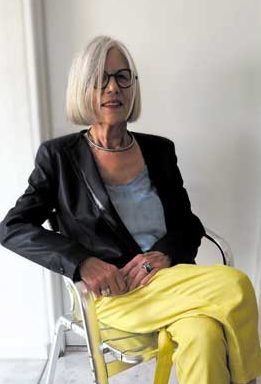 Simply one of the best aspects of my job is to be able to interview someone I admire, someone I am curious about, someone who shares their thoughts with me. Just to be able to ask the questions that turn up while preparing for a feature, to be able to get that very personal angle about a play, or a piece of music, or just the current state of the world in general. One of these very special interviews took place for this issue.
Last month’s editor’s note was headed: ‘If music be the food of love, play on’ and play on we certainly did, honouring Shakespeare, or more specifically, honouring one of the greatest contemporary Shakespearean actors today, Antony Sher.
It is actually Sir Antony Sher, KBE, but in the typically modest fashion of really great artists, he drops the ‘Sir’ and the ‘KBE’ and asked us to also leave it out of the Creative Feel headline. He was most generous with his personal time and answered some questions right at the very beginning of his intense rehearsals with John Kani for the new Kani play, Kunene and the King. There is simply nothing more satisfying and fulfilling than having a special interview with someone who carefully considers the questions and then gives detailed, honest answers.
In fact, this interview led us to start two new series. In the first, entitled ‘Catching up with…’, we will revisit artists whom we have featured before, but who are busy with great new works. Look out for next month’s interview with Brett Bailey about his latest production, Samson, which ‘brings the popular biblical myth into the 21st century in a hard-edged, anarchic music-theatre production, which plays out within a global context of unbridled capitalism, ethnic extremism, human displacement and rage.’
The other new series that will be included in the next few issues covers South Africa’s 25 years of democracy, with a focus on aspects that directly impact our creative environment. In the April issue, we share South Africa’s nine UNESCO World Heritage Sites, including the latest additions: the ǂKhomani Cultural Landscape and the Barberton Makhonjwa Mountains. For next month, we have lined up a very special interview with the former Deputy Chief Justice Dikgang Moseneke who has now retired from South Africa’s highest court and will share with us some thoughts about the South African Constitution – right from inception. One question we have to ask has to be about his role as chairperson of the board of the Johannesburg Philharmonic Orchestra, which again played to a sold-out auditorium last night.
And of course, there is still our popular ‘Legacy’ series. Through these interviews, we show how sustainable many arts initiatives are despite the constant battle to secure funding.
So, altogether wonderful opportunities for interviews that we all enjoy and, for me personally, the chance to talk to people I would never have been able to otherwise.