Under the leadership of trailblazing singer songwriter Rehilwe Mooketsi, a new recording label has been launched. Appropriately named Phunya, the new label has a different mission; to bring performers who are black womxn to a space where they can take on a male-centric and whitewashed industry, and launch their careers with appropriate guidance and support. Phunya was made possible on 22 February, when Mooketsi was awarded a grant at the BASA – DAC Debut Fund programme, in Marshalltown. She has big plans for her recording label. 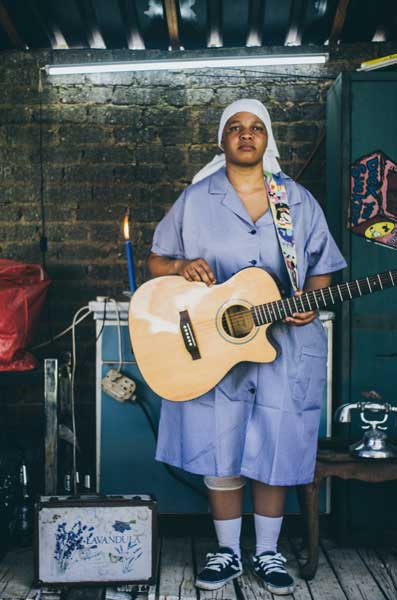 As the founder of Phunya, Mooketsi (or Mmadikatara, her stage pseudonym) is no stranger to the industry. Mooketsi is a humanities student at the University of Witwatersrand, and is busy touring universities around South Africa, sharing messages of support for members of the LGBTIAQ+ community (people who are lesbian, gay, bisexual, transgender, intersex, asexual, queer, and all other sexual orientations and gender identities). She shares her perspectives on the role of Phunya:
‘For me this fund is an opportunity to accelerate the state of transformation within the local music sector by presenting a new model of presenting and promoting young black womxn musicians in the South African popular music making sector, though our profit function as a record label is to produce and sell music, but I’m also concerned with the strategies we can formulate to address issues in the music sector at a social and economic policy level thinking’.
‘Through the launch of Phunya music, as an emerging player, we would like to reimagine everyday developments in the music industry, to entangle and incorporate within the model of our record label strategy and direction consistent data collection and analysis, academia alliance, remake current narrative and redress a sectoral system which continue to regress and structurally stagnate, and protect the sense of the problems which black musicians face in the South African popular music making sector today’.
The future looks promising for Phunya, which seeks to actively shake up an industry to afford recognition, support and resources to black womxn who are seeking a platform to launch their careers. It has never been a better time to invest in our musicians, and it starts with opening up spaces which are operated by black womxn for black womxn.
Aspiring artists who wish to record with Phunya are encouraged to contact Mooketsi to discuss this further:
Twitter: mmadikatara | Instagram: mmadikatara | Facebook: Rehilwe Mooketsi | Email: rehilwemooketsi@gmail.com