As part of their Summer Season, the Johannesburg Philharmonic Orchestra will be performing an ‘all Mozart’ concert under the baton of Bernhard Gueller, the much-loved principal guest conductor of the Cape Town Philharmonic Orchestra and conductor laureate of Symphony Nova Scotia in Canada. He will be conducting Wolfgang Amadeus Mozart’s Symphony No. 41 in C Major, K. 551, Jupiter, and Mozart’s Requiem, K. 626 with soloists Linda Nteleza (soprano), Ané Pretorius (mezzo-soprano), Thando Mjandana (tenor) and Aubrey Lodewyk (baritone) and the Gauteng Choristers. We here at Creative Feel managed to speak to him before his visit to Johannesburg (6, 7 and 9 March). 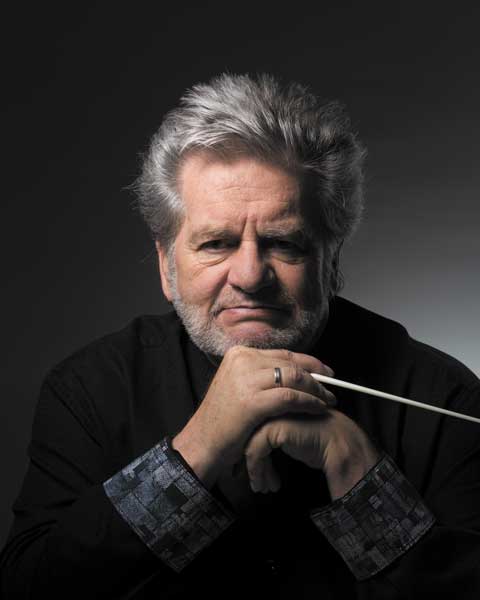 Having stepped down in June 2018 after 16 years as music director of Symphony Nova Scotia, Bernhard Gueller took up his new role as conductor laureate in November and remains an artistic adviser. As he explains, ‘Being conductor laureate means to be there once or twice in each season and that means, of course, more flying than before because I will also be with other Canadian orchestras as well as in the US and then here in South Africa.’ In January this year he returned to the Victoria Symphony in Canada, where he was previously principal guest conductor, and to the Edmonton Symphony Orchestra.
Creative Feel asked what had made his time in Nova Scotia so special that he stayed for such a long time, and Gueller felt that there were several reasons. ‘First, it’s a very good orchestra. Second, it’s a very challenging job to design the programme for a whole season. Third, it was a very nice working atmosphere. And fourth, we had a very loyal and interested audience. I think these are good reasons to stay there for 16 years.’
Symphony Nova Scotia has established the Bernhard Gueller Young Conductor Fellowship in his name, and it is aimed at providing mentorship for young Canadian conductors. We asked how actively involved he is in this programme. ‘Because I’m so far from Halifax, I can’t be very involved in this project, except when I’m there to conduct. I don’t think it’s necessary to be there, they are absolutely capable of organising this on their own and the plan would be that once the conductor is chosen, to have him/her there when I am there.’
Gueller has been actively promoting contemporary music by Canadian composers, is that something he will continue to do? ‘Yes, I will continue promoting contemporary music wherever I can. Not only Canadian music. I think it’s the obligation of all performing artists today to support and push new music, as it happened in all previous centuries. It is probably more difficult today, but the more we have to support it.’
Gueller has released numerous recordings for national and international broadcast. Dancing in the Light, his recording of works by contemporary Canadian composer Christos Hatzis with Symphony Nova Scotia, was released to critical acclaim. This followed a CD with South African mezzo-soprano Hanneli Rupert and the Cape Town Philharmonic Orchestra, and others with the Radio Symphony Orchestra Stuttgart, German Brass and the Stuttgart Chamber Orchestra. He orchestrated lieder by Schubert and also released two CDs of contemporary Canadian works by Tim Brady, which won an East Coast Music Award. A new CD with the Cape Town Philharmonic Orchestra and cellist Peter Martens is due for release in April 2019.
But even famous conductors like Bernhard Gueller still have their dream project. When asked about that one special opportunity he feels is still outstanding in his conducting calendar, he shared his wish. ‘One project which I’m dreaming of is to perform, in perhaps a week-and-a-half, all the Bruckner Symphonies.’ Knowing Gueller, he will find this time in his calendar and make it happen – hopefully in Johannesburg.