The Cape Town-based theatre is perhaps the most fitting place to host the African premiere of John Kani’s new play: Kunene and the King. This moving and funny two-hander provides a fitting tribute to mark the 25th anniversary of South Africa’s first democratic elections. 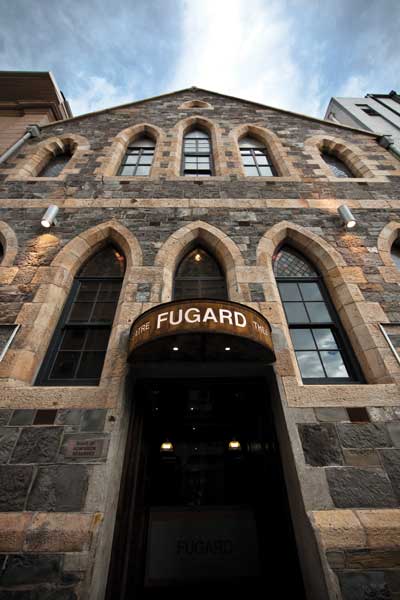 The Fugard Theatre was built within one of the five interconnected Sacks Futeran buildings in District Six. When it opened in early 2010, it was named in honour of Athol Fugard, the iconic South African playwright known for his contributions to South African theatre and film. Fugard is one of the most internationally acclaimed local playwrights, having been in the industry for over 50 years. He has worked and collaborated with many talents, including John Kani, to create a vivid and accurate myriad of characters that reflect and project the complexity of the South African landscape. Making us laugh and cry, Fugard has told the story of South Africa and its difficulty and continues to make the world reflect on humanity and the past, while holding on to a unified outlook for the future through his work.
According to SA History Online, the District Six Museum Foundation Trust purchased the Sacks Futeran buildings in 2002 through a grant from the Atlantic Philanthropic Foundation, which had been established in December of 1994. The intention was to work with the memories of the District Six experiences, with a particular emphasis placed on the memories of those who were victims of the apartheid government’s forced removals. District Six was named the sixth municipal district in 1867 and was originally established as a mixed community for freed slaves, merchants, artisans, labourers and immigrants. With the removals, the area became neglected and on 11 February 1966, it was declared a white area. More than 60 000 people were forcibly removed and had their houses flattened by bulldozers.

To read more about the history of The Fugard Theatre,  a structure of art, memory and culture that showcases South African stories in an iconic and historically loaded space, purchase the April 2019 issue of Creative Feel or, to continue supporting our role in the arts and culture sector, subscribe to our monthly magazine from only R180.00 per year.