The first-ever Joburg City Theatres Schools Setworks Festival will kick off at Soweto Theatre from 7 to 17 March 2019 and continue to Joburg Theatre from 23 April to 5 May 2019. 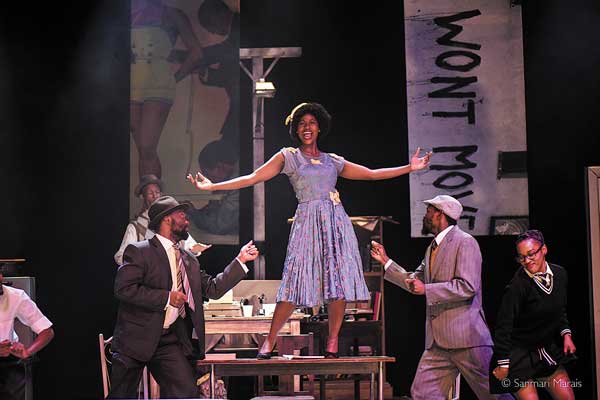 Sophiatown is one of the plays that will be staged as part of the festival. Sophiatown is a lively and memorable musical that will be revived with a fresh and young cast to delight today’s audiences with its timeless music. Under the experienced eye of The South African State Theatre’s multi-award-winning Artistic Director, Aubrey Sekhabi, Sophiatown stars Tshallo Chokwe, Madge Kola, Zama Ngubane, Barileng Malebye, Terrence Ngwila, Bongani Masango and Caitlin Clerk.
The story of Sophiatown is an imaginative reconstruction of an extraordinary story of journalists who set up a house together and advertised for an additional housemate to come and live with them. Despite the apartheid legislation of those days, they managed to obtain permission for a white Jewish woman to move in. The play is interspersed throughout with acapella harmony and original songs from the period about Sophiatown, or Kofifi as it was fondly known.
Despite the violence and poverty, Sophiatown was a legendary black cultural hub and the epicentre of politics, jazz and blues. It symbolised a society that allowed freedom of action, association and expression; where people lived together in harmony, undivided by race or colour. The very existence of Sophiatown as a ‘mixed’ suburb was in direct contradiction to the apartheid policy of geographically separating people according to their skin colour. Its heydays came to an abrupt end when the authorities deliberately tore the area apart. 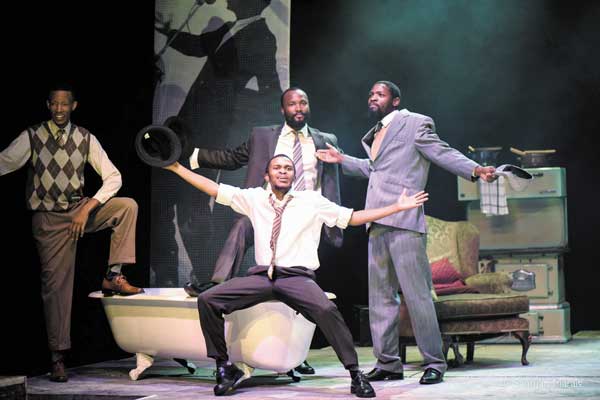 Sophiatown came to be known as the ‘Chicago of South Africa’, and a place where shebeen queens, gangsters, politicians and black and white bohemians rubbed shoulders and traded drinks in a heady atmosphere that fizzed with music, style and rebellion. This vibrant community produced some of South Africa’s most famous musicians, artists, writers, journalists and politicians, as urban African culture was formed here during the repressive 1940s and 1950s.
Sekhabi’s directing work is known through acclaimed productions like Kalushi – The Story of Solomon Mahlangu, Rivonia Trial, Silent Voice, Marikana – The Musical, and the new Freedom The Musical, to name a few.
In 2015, his two plays Hungry and Marikana – The Musical received an unprecedented 18 Naledi Theatre Award nominations, out of which he won six for Marikana – The Musical. In total, his works have been nominated more than 60 times and have won numerous awards along the way.
General tickets are available for R100 at Soweto Theatre and R80 for block bookings by calling 0861 670 670 or by visiting www.sowetotheatre.com or www.joburgtheatre.com.
The Joburg City Theatres Schools Setworks Festival will include Itsoseng, which will run concurrently with Sophiatown. The Festival will consist of workshops hosted by thespians and directors, writers, set designers, lighting designers, sound designers and producers, arts journalists and publicists in the theatre spaces.
As part of the Joburg City Theatres Schools Setworks Festival, exhibitions will take place at the theatre park across from Joburg Theatre to showcase the upcoming setwork season in 2020, which will include Things Fall Apart by Chinua Achebe and Sizwe Banzi Is Dead and The Island by Athol Fugard, Dr John Kani, and Winston Ntshona.