Agatha Christie’s best-loved murder whodunnit, The Mousetrap, a classic tale of mystery, drama and crime, returns to The Pieter Toerien Theatre at Montecasino from 24 January to 3 March 2019. 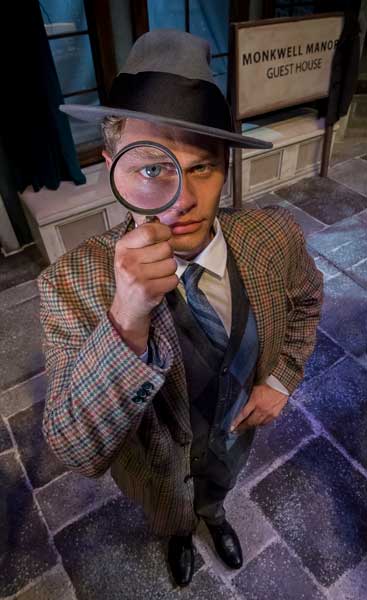 The Mousetrap, the murder-mystery that’s been thrilling theatre audiences for some 66 years, is as popular as ever. More than ten million fans worldwide have seen productions of Agatha Christie’s classic tale since it first opened in the early 1950s, and it is the West End’s longest-running play – and it doesn’t look likely to stop!
In 1947, to celebrate Queen Mary’s 80th birthday, the BBC offered the queen consort a special broadcast of her choice. Ever a populist, she asked for a new play by Agatha Christie, and the writer obliged, turning out a 30-minute radio drama called Three Blind Mice. Five years, and several rewrites later, the play had its stage premiere at the Theatre Royal, Nottingham, under its current title. When The Mousetrap first opened in London in 1952, it starred Richard Attenborough and his wife Sheila Sim; and more than 400 actors have appeared in the play since.
After each performance of The Mousetrap, one actor from the company completes the show with a direct address to the audience: ‘Now you have seen The Mousetrap, you are our partners in crime, and we ask you to preserve the tradition by keeping the secret of whodunnit locked in your hearts.’ In return, the audience promises not to reveal the plot twist.
The setting for The Mousetrap is Monkswell Manor. The news on the radio relates a murder that has recently taken place. Mollie and Giles Ralston, the young, newly-married owners of the once-regal estate, hardly notice the news. They have recently finished converting the property into a guesthouse and are far too busy preparing for the arrival of their first guests – and concerned that the blizzard raging outside may hamper their arrival.
Christopher Wren, an obviously neurotic young man, arrives first.
The next to arrive is Mrs Boyle, a generally unpleasant person who is dissatisfied with just about everything and everyone.
Next comes Major Metcalf, a middle-aged man who is very military in manner and bearing.
Miss Casewell, a young woman who is just a bit masculine, is the next to arrive. She relates more details about the murder.
Then an unexpected guest, Mr Paravicini, arrives announcing that his car has overturned in a snowdrift. He is just happy to have found someplace to escape the weather.

So, who is the first victim, and who will be the next? Will the murderer be unmasked in time to stop more deaths? The Mousetrap has kept audiences guessing for over six decades in this classic whodunnit by the master of British murder mysteries. Read more about The Mousetrap in our February 2019 issue of Creative Feel and continue supporting our role in the arts and culture sector by subscribing to our monthly magazine.