Award-winning and internationally recognised violinist, Jiafeng Chen, is coming to South Africa to work with the children at the Morris Isaacson Centre for Music. Jiafeng Chen teaches at the Chetham’s School of Music, Royal College of Music, Royal Birmingham Conservatoire and the Shanghai Conservatory of Music & Royal College of Music Joint Institution. During March, the violinist will be traveling to South Africa to participating in the innovative ARCO project. 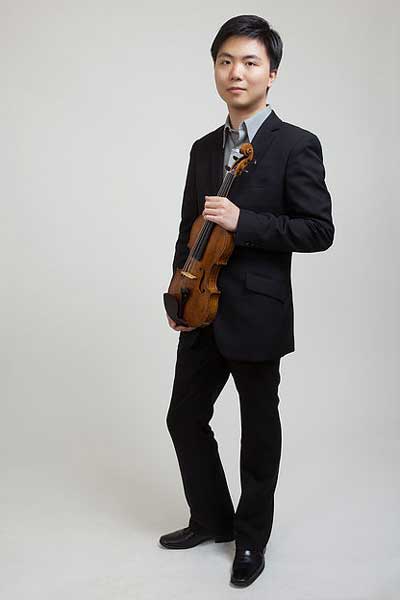 The ARCO project is a joint collaboration between the Morris Isaacson Centre for Music and the Royal Birmingham Conservatoire’s string department. The Morris Isaacson Centre for Music opened its doors in 2011 with the aim of providing music education to the children of Soweto. The ARCO Project was founded by Louise Landsdown and Robert Brooks with the aim of helping South African violinists get the best possible training. Louise is the head of strings at the Royal Birmingham Conservatoire. She is South African born but left in the late 1990’s when many of South Africa’s orchestra’s closed their doors. Trying to find a way to give back to her country and her community, Louise developed a concept where students in Birmingham would teach students in Soweto and so the programme was born.
The string students at the Morris Isaacson Centre for Music receive additional weekly tuition using the internet video calling from the students at the Royal Birmingham Conservatoire. This ground-breaking partnership has allowed the education of the students to be fast tracked while expanding their networking and travel opportunities internationally. In addition to this the teachers travel to South Africa where they spend a week in an intensive programme with the students at the Centre.
In 2019 Jiafeng Chen will be working with the students as a guest lecturer in this intensive programme. He will be taking one day out of his schedule in order to perform in a recital. The recital is aimed at raising funds for the Morris Isaacson Centre for Music.
Jiafeng Chen is a top prize winner of several major international violin competitions and has played as a soloist with the Finnish Radio Symphony Orchestra, Hallé Orchestra, Helsinki Philharmonic Orchestra, Opera National de Nancy, Orchestre Royal de Chambre de Wallonie, Philharmonia Orchestra (U.K.) amongst others. He has performed at BBC Proms in UK, Verbier Festival in Switzerland, Valdres Sommersymfoni in Norway and La Jolla Music Society SummerFest in USA.
The recital will be taking place at the Linder Auditorium on Wednesday 20 March. To book tickets, please visit webtickets.co.za