Popular comedian Marc Lottering’s most beloved alter ego, Aunty Merle Abrahams, sashays onto the stage for the first time in Johannesburg with Aunty Merle, The Musical from 1 February to 3 March 2019 on The Mandela Stage at Joburg Theatre. 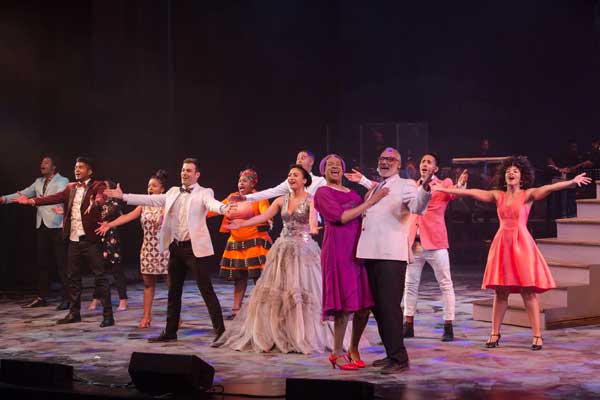 Written by comedian Marc Lottering and directed by Lara Foot, the show has received four Fleur du Cap nominations and has already enjoyed two sell-out seasons in Cape Town, playing to rave reviews:
‘A musical with an international punch, a debut production that astonishes with its assuredness’ – Karen Rutter, WeekendSpecial.
‘… witty one-liners that are met with sassy comebacks’ – Kirsten Delcie, What’s on in Cape Town.
High drama unfolds in Belgravia Road, Athlone, as Merle’s daughter Abigail announces her engagement to her boyfriend, Alan. As Merle puts it: ‘He’s a good-looking white chap!’ But it’s never smooth-sailing in the world of musicals. Abigail’s twisted and corrupt ex, Denver Paulse – who holds a dodgy top job with the SABC – is determined to get her back, and if he can’t, threatens to reveal a very dark secret that is bound to tear the lovers apart. 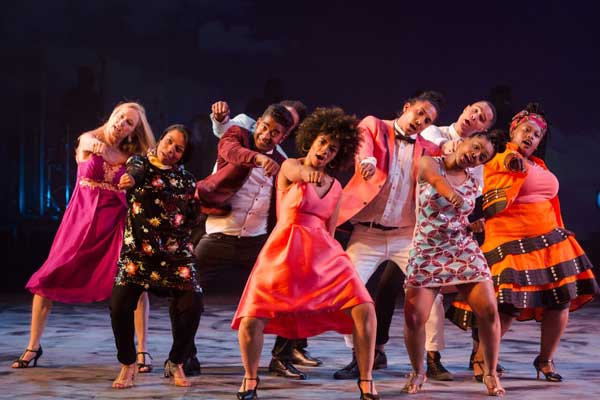 Aunty Merle, The Musical boasts a talented South African cast, including Lottering as Aunty Merle, Tracey-Lee Oliver as Abigail, Paul du Toit as Alan, Loukmaan Adams as Denver Paulse, with a stellar support cast including Royston Stoffels, Tankiso Mamabolo, Gina Shmukler, Adrian Galley, Carmen Maarman, Zandile Madliwa, Sizwesandile Mnisi, Anzio September, Crystal Finck and Austin Rose – accompanied by a live eight-piece band.
Twenty-two original songs, with lyrics by Lottering and Tarryn Lamb, musical direction by Alistair Izobell, and choreography by Grant Van Ster, have earned the cast thunderous standing ovations.
Aunty Merle, The Musical is suitable for all ages (no under 3s). Tickets from R145 are available through visiting www.joburgtheatre.com for more information.
Performances are Wednesdays to Saturdays at 20:00, with matinee shows on Saturdays and Sundays at 15:00.
Cape Town fans can also expect a triumphant return season at the Baxter Theatre from 3 December 2018 to 5 January 2019.
Join in the conversation online with #MerleInJozi:
Facebook: @Marc-Lottering and @auntymerlethemusical
Twitter: @marclottering
Instagram: @marc_lottering