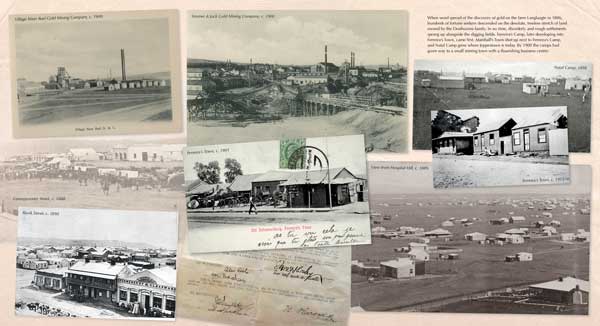 In less than a century, the jumble of shabby tents and lean-tos that constituted Johannesburg’s first settlement has grown into a modern metropolis of towering office buildings, high-rise apartments and sprawling suburbs. Its rapid development has been in no small measure the result of the fabulous wealth that lay in the gold-rich deposits of the now-famous Witwatersrand basin.
Johannesburg Then and Now, a fascinating series of photographic juxtapositions, chronicles the city’s expansion from dusty mining camp to economic powerhouse. Rare archival photographs, dating from the 1880s to the 1940s, are contrasted with vivid scenes of the modern city, providing a hitherto untold portrait of the Place of Gold.
Where possible, the modern-day photographs have been shot from the same locations as the originals. Detailed captions provide fascinating comparisons between the old and the new, while also illuminating features that have remained the same. 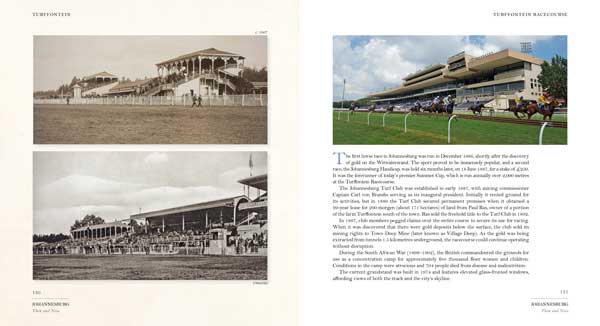 Johannesburg Then and Now is a superb collection of images and text that will delight both local residents and visitors.
Marc Latilla works in the music industry and is the creator of Johannesburg 1912, a blog covering the history of the city. His articles have appeared in various print and online publications and his work has been used in a range of heritage, architectural and history research projects. He lives in Melville, Johannesburg, with his wife and two sons.
Yeshiel Panchia is a photojournalist who grew up in Johannesburg. He has a post-graduate degree in psychology and worked as a staff photographer on The Citizen. He is currently a freelance photojournalist, focusing on documentary and feature photography. His images are syndicated by Associated Press and the European Pressphoto Agency and have been featured in newspapers worldwide.