Nadia Virasamy is the CEO/Director of Education at Moving Into Dance (MID). She has co-authored three arts and culture textbooks for Cambridge University Press. In 2015, Virasamy was named among the five finalists in the Standard Bank Rising Star Awards, she was in the top three for the Business Women’s Association’s Regional Awards and, in 2016, she was named one of the Top 100 Difference Makers in South Africa. 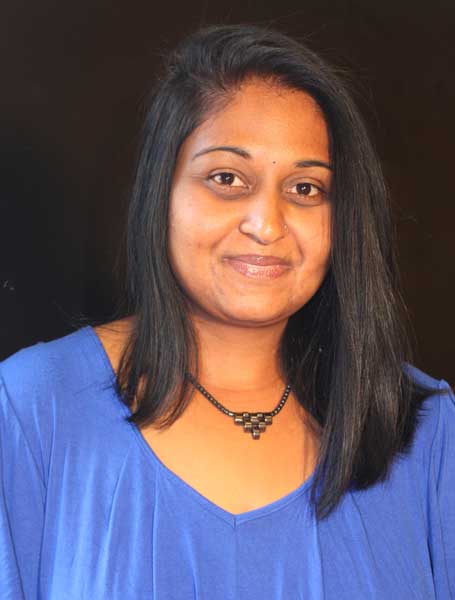 Name three artworks that you love and why.
‘Funeral Blues’ by WH Auden – Just beautifully written and exhibits such a profound depth of emotion.
To Kill a Mocking Bird by Harper Lee – Such an insightful depiction of society through the eyes of an 8-year-old girl-child who is still learning the ways of the world she resides in.
Dead Poets Society – Still relevant in the continued human struggle to appease and yet be liberated.

Name one artist you would love to meet.
JRR Tolkien – It fascinates me that one person could have such an incredible imagination.

What are you reading at the moment?
Soul Mountain by Gao Xingjian.

What is in your car’s CD player?
Darkside by Alan Walker.

If you could change one thing about yourself, what would it be?
I would have paid more attention in my accounting classes in school.

How have the arts industries in South Africa changed over the last ten years?
The industry is more inclined to collaboration and partnership in recent times than it has been in the past. I think arts entities have realised that they need to find means to survive in times of decreased funding, and that collaboration and partnership is the way to go.

Name one thing you think would improve the arts and culture industry in South Africa.
Strategic marketing and targeted audience development – the arts in South Africa do not have enough exposure and reach. Also longer term funding contracts so that projects are sustainable.

What is your most treasured possession?
A white sari that was given to me by my gran before she died.

What do you regard as the lowest depth of misery?
A world without creativity and critical thinking.

What is it that makes you happy?
My crazy niece, Autumn Liv-Hannon. Swimming and reading (I know – clichéd).

Describe a defining moment in your life.
The day I realised that a lot of the worries and anxieties we carry, we consciously decide to bear those burdens and can just as easily let them go. This realisation came from something my career coach said to me at the end of each session: ‘Be kind to yourself’. I needed to consciously do that, which took learning, and still needs practice.

What projects will you be busy with during 2018 and into 2019?
We have a three-province series of three weeks of workshops with a production that will culminate in Johannesburg. We have our Enable Through Dance project. We will have a 40th-anniversary exhibition of MID that will tour, and we will close out our 40th anniversary with a production season in August 2019.

Name one goal you would like to achieve in the next twelve months.
Building financial reserves for MID through more income-generating work.