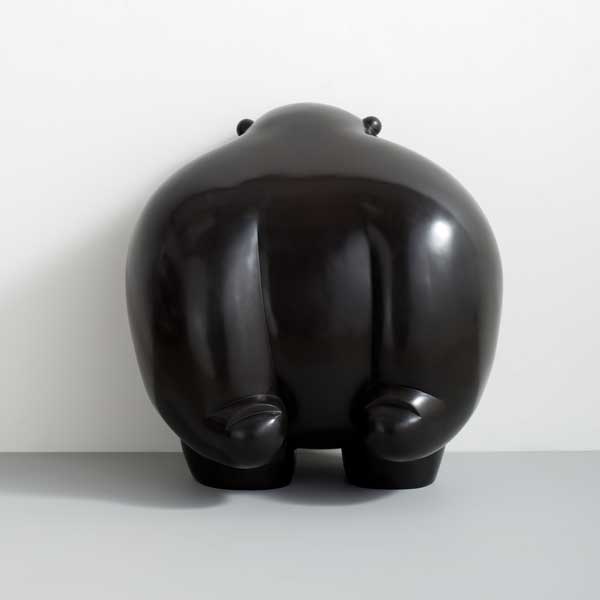 Exhibited as part of his 2017 show Again Again, The Visionary: Portrait/Self-Portrait, the black bronze depicts a figure mimicking Murray’s own short, round form resting his head against the wall – ‘banging his head in eternal, immovable “what-the-fuckedness”,’ according to Tymon Smith.

According to Mark Read, ‘He went from being, essentially, a commentator on the political landscape in two-dimensional works into, primarily, a sculptor at the moment.’ Murray’s bull bronze, entitled Again Again, which is now at Norval Foundation, cost just over R2 million just to cast it.