Greg Karvellas is no stranger to South African theatre goers, having directed multiple-award winning productions at The Fugard Theatre in his former role as Resident Director there. These include Oleanna, The Road to Mecca, Shakespeare in Love, Significant Other, The Father, Clybourne Park, Bad Jews and CHAMP (which also enjoyed successful seasons at the Artscape Arena Theatre, the National Arts Festival and the Edinburgh Festival in 2013). 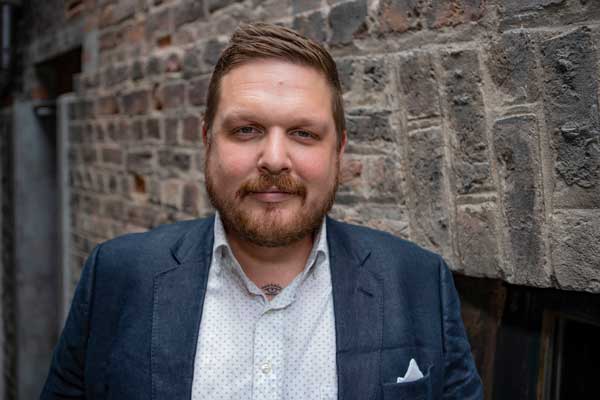 ‘I am delighted to announce Greg Karvellas as The Fugard Theatre’s first Artistic Director,’ says Founding Producer of The Fugard Theatre Eric Abraham, who has functioned as the de facto artistic director since the theatre’s inception almost eight years ago. ‘For the past four years as General Manager and Resident Director, Greg has worked tirelessly to create world-class South African productions of modern classics that have explored every aspect of the human condition, making us think, laugh, cry and talk. Productions that have conveyed a fundamental sense of morality so desperately necessary given the growing absence of such in public life.
‘It is a great honour and privilege to be named Artistic Director of The Fugard Theatre. This theatre is a special place; it has seen numerous new works and new artists who have been enabled by our founding producer Eric Abraham’s philanthropy, as well staging world class established works for both local and international audiences. I am excited to take on this new challenge with the hugely passionate team at The Fugard, finding ways to continue growing The Fugard Theatre as an inclusive and creative space which celebrates a common humanity in all its productions and endeavours,’ says Karvellas.
Karvellas’ other credits include Associate Director on A Human Being Died That Night written by Nicholas Wright, Directed by Jonathan Munby. A Human Being Died That Night premiered at The Hampstead Theatre in London before transferring to The Fugard Theatre and then travelled to The Market Theatre in Johannesburg, The Hampstead Theatre in London for a return season and the Brooklyn Academy of Music (BAM) in New York.
‘Greg has a unique ability to tap into the human dimension of a story making it come alive on stage and engage the audience,’ says Daniel Galloway, Managing Director of The Fugard Theatre. ‘In his previous capacity as Resident Director and General Manager, Greg also helped shape our programming. In his new role as Artistic Director, his primary role will be to identify stories which resonate with our audiences, and make compelling theatre.’
David Kramer’s new musical Langarm runs in the main auditorium at The Fugard Theatre from 20 November.
Tickets ranging from R150 to R260 can be booked through The Fugard Theatre box office on 021 461 4554 or through The Fugard Theatre’s website at www.thefugard.com. There is a 20% discount available for the Friends of The Fugard members. These discounted tickets can be booked through the box office. Not yet a member? Sign up now at the box office or online for these great specials!