The competition for our cover was a huge success, and we were spoilt for choice with many Joburg-inspired images to choose from. While we could only choose one work for our cover, we have picked four others that were very close contenders.

Brenton Maart’s creative and professional activities span eight disciplines, and include design programmes, curatorial works, institutional collaborations, editorial projects, cultural activism, visual art and an interest in the application of creative archival practice.
Jodi Bieber’s professional career began after attending three short courses at the Market Photography Workshop in Johannesburg, and covering the 1994 democratic elections in South Africa for The Star newspaper. A turning point was Bieber’s selection to participate in the World Press Masterclass held in the Netherlands in 1996. This opened the door to travel the world on assignments for international magazines and NGOs. The artist has won numerous international awards, including the Premier Award at World Press Photo in 2010. Bieber continued during this time to pursue personal projects, and currently most of the artist’s time is spent working in this way. Bieber also mentors students, producing projects and lectures, and also gives photographic workshops all over the world.

# i is a public art poster campaign conceptualised by Bieber and designed by Maart. It features 45 young people from Johannesburg aged between 15 and 23 – a generation that did not grow up under apartheid, and that has the ability to access and communicate using technologies that integrate them within a larger global community. In the campaign, the visions of these young people are expressed in their words, photographs from their phones, their portraits photographed by Bieber, and in the environmental portraits created through Maart’s graphic design. Their experiences are highly specific to their life in Johannesburg, but in many ways may also be read as a barometer for the rest of South Africa. The public art component of the work – where members of the public may select a poster to take away with them – creates a future life of the artwork. The campaign was commissioned by, and first shown, at the Women’s Jail, Constitution Hill, 2018. 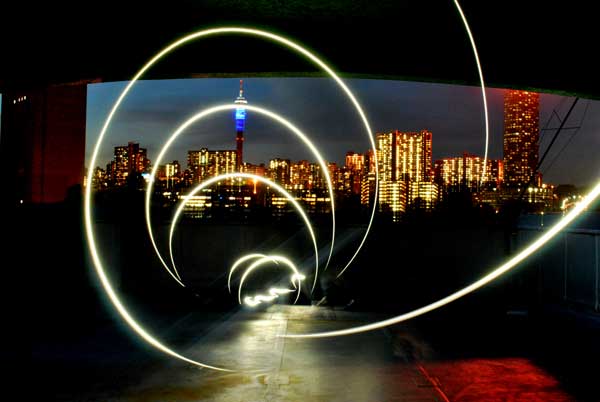 Lehlohonolo Langa is a third-year UJ student currently studying communication design. He describes himself as ‘bubbly, energetic and likes a challenge.’
Of the photograph he submitted, Langa says, ‘The reason I chose this particular place is because the buildings in the background are well known throughout South Africa and other countries. They are mostly known for negative things, so my image shows that there is beauty in everything, you just have to look at it at the right angle. My photograph can be easily spotted where it was taken, and the technique I chose comes from the saying “Joburg is the city of light”, so I literally bought that to life.’ 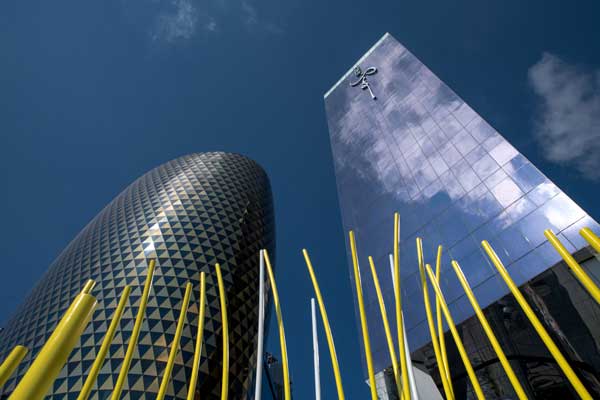 Wanda Vogel is a real estate/property photographer who lives in Jozi and is a lover of all forms of art and architecture.
‘To me, Joburg is a new-meets-old metropolitan city, with the skyline continuously changing,’ she says. ‘Joburg is often represented by its classic skyline, which includes Ponte City, Brixton Tower and Carlton Centre – “The Old”. The picture I chose to enter is of The Maude and Rivonia Corner (MARC) building in Sandton, which showcases the new, modern architecture and skyline of Joburg – “The New”.’

Mark Straw was born on a Free State farm in 1973. He studied Fine Arts at the Vaal Triangle Technikon from 1993 to1995 and majored in printmaking with photography and painting as minor subjects. Straw currently works as a motion graphics designer and 3D artist.
Straw is a founding member of the Joburg Photowalkers social photographic group, which was started in 2009. He regularly co-ordinates photographic walks, primarily around Johannesburg, and has an interest in art, culture and heritage. Straw has created a photographic series that serve as a form of documentation of an evolving city where spaces are continually reinvented.

Cale Waddacor’s photograph of one of renowned graffiti artist Falko One’s signature elephants in positive pink and green, juxtaposed against barbwire and rubbish, speaks to the essence of what makes Joburg unique. Among the abandoned buildings and littered streets of the City, art is being used to revitalise, rejuvenate and bring positive new life back in.
Cale Waddacor is a creative from South Africa with a degree in film and a keen interest in the visual arts. He has an array of hobbies and interests, from music and photography to street art and urban exploration. Waddacor is an avid book collector, currently obsessed with photobooks.
Falko One is one of South Africa’s most well-known and respected graffiti artists. With a career spanning almost three decades, he has been an integral part of the foundation and development of South Africa’s graffiti scene. He is heralded as a graffiti icon, not only for his style, but for establishing graffiti as a credible visual art form. Falko’s initiative started the first graffiti competition in South Africa in 1996, a concept that has been popularised the world over.
Read more about The pink elephant!