Jazzart Dance Theatre’s innovative spirit has long captivated theatre-goers with works that challenge and inspire. Valued as one of the most significant contemporary dance companies in Africa, Jazzart has come to epitomise the transformative value of the art form. The company’s upcoming production, entitled Nexus, now enhances their portfolio with dance that once again speaks to the future by being mindful of the past.

The overarching concept of Nexus is articulated as the visceral analogy for a universal craving for a central link with which we can identify. As we stand in the middle of any intersection, in the eye of the storm, the potential for endless connections, lies in our bodies.
Sifiso Kweyama, Artistic Director, says: “This production of Nexus, portrays human interconnection by degrees of separation and cohesion, and comments on the process of bonding that exists after initial contact with others. We are bound by many commonalities, not least of all our universal need to belong.
“Whilst our youth are in the midst of surviving systems of chaos and facing an unsettling future, there are some that strive to find the anchor that stabilises them in order to make lasting and meaningful changes within their communities.”
Cape of Ghosts, (previously entitled Space), created by Sifiso and the Jazzart Dance Theatre 2018 graduates, digs deep to find the core of what constitutes the ownership of land. Heritage? Economy? Legacy? Ancestral land is far more than a few grains of sand. It holds a profound spiritual connection to the earth for many and marks the place where foremothers and fathers were laid to rest. For others, land is merely earth, without layers of meaning, but instead is a means to an end. The dancers are accompanied by Khadija Tracey Heeger’s thought-provoking poem, Issie myne nie, issie joune nie, which recently showcased at the Baxter Theatre Dance Festival.

One of the highlights of the show will undoubtedly be the commissioned work created by acclaimed dancer, Shaun Oelf – a past graduate and company member of Jazzart. Limitless Self is a new work that explores the pinnacles of discovering oneself – joy, sorrow, pain and pleasure, juxtaposed with the discipline and self-reflection necessary to create an artist and, embrace the landscape of our lives, allowing ourselves to love completely and have limitless compassion.
Jazzart has made it a priority to collaborate with partners across the arts industry. One such instance is the current partnership with the UCT’s Centre for Theatre, Dance & Performance Studies, which has manifested in a piece choreographed by Kweyama and entitled Point of Connections.
“The movement language of Point of Connections was explored and created by Jazzart’s junior company members and shared with the UCT students to explore further, under the direction of Kweyama. The idea is to share our experiences through movement and learn from each other…”
Kweyama believes that in this partnership, is the future of the sustainability of arts organisations. He adds that “…this production has led to something very special. It’s the transition between today and tomorrow”. 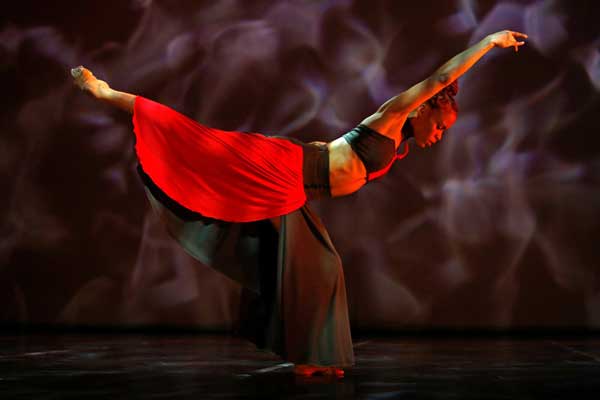 Jazzart and Chrysalis Academy have also solidified a mutually beneficial partnership in 2018, by creating a nine-month dance leadership programme housed at the academy in Tokai. Eighteen young adults from Cape Town and surrounds, have experienced a full-time programme focussed on dance, psychosomatic processes and leadership development, all facilitated by some of the country’s best therapeutic and movement practitioners.
The manifestation of some of these encounters comes to fruition in Exurgent (defined as someone/something arising or coming to light), a dance work referencing growth, camaraderie and resilience. We can choose to believe that the light still exists even when the darkness feels overwhelming,” says Ananda Fuchs, their Jazzart teacher and Choreographer.
“This new season intends to display and celebrate dance as a tool to excite the soul by offering possibilities for connection and collaboration,” concluded Kweyama.
Nexus will be performed at Artscape on 23 and 24 November 2018.
Tickets cost R100 and are available online or at Computicket box offices.