Ballet, like theatre, and art, is fighting for survival. The arts have lost a lot of appeal for younger generations who find no meaning or relevance in traditional stories like Giselle, or Swan Lake. In South Africa, this is even more acute as the argument is made that ballet only tells the story of ‘white’ history or culture; that it hasn’t assimilated South Africa’s own traditions into its productions.
Young people say they don’t dislike the arts; they just like them more when they’re more relevant to them, and what millienials like more than anything is an experience. A 2016 Harris poll showed that 72 percent of millennials prefer spending money on creating memories rather than buying things.
And while going to the theatre appears to be an experience for traditional theatre goers, young people want more than to just arrive, they want to feel that they belong there, which is why when you ask them about their perceptions of ballet, you get responses like:
“No, I’ve never been to the ballet”
“What do I think of ballet? I think (about) swans”
“Like Disney and stuff”
“I think Shakespeare”
“Old fashioned”
The challenge of getting young people to patronise the arts is a global phenomenon that has organisations pushing the boundaries of what they offer their audiences, and how they attract a new crowd.
“To truly engage with us, dance organisations need to expand beyond the stage. They need to build conversation, community and lasting impressions,” blogged a young writer and dancer in Chicago last year.
Over the past few years, some companies in the US have had success in this; San Francisco Ballet’s Sensorium for example, which included a dance performance, interactive exhibitions and DJ playing at an after party in the basement of the opera house, trended for several hours on Twitter. 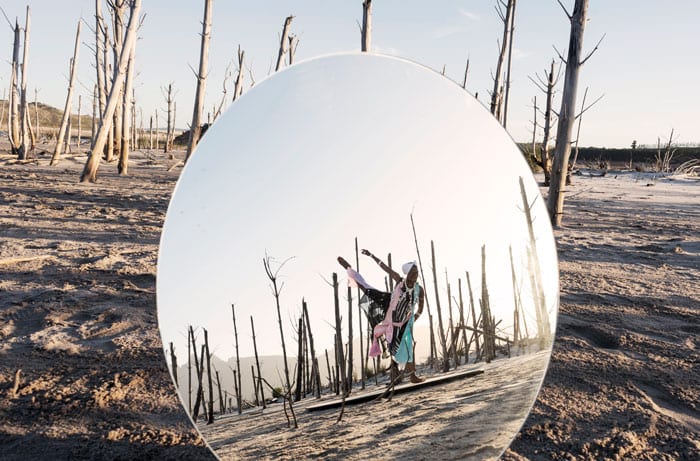 More recently, and closer to home, our very own Joburg Ballet launched its Breaking Ballet series in 2017; a campaign designed to infiltrate popular culture, and shatter the perception that ballet is irrelevant, or relic of the past.
The campaign, which aired through the company’s social media channels, comprised a series of bite-size ballets inspired by the biggest trending stories of the day. Each was of short film produced within days of the story breaking, and re-told it in a magnificent dance format.
Breaking Ballet responded to a wide range of topics, from social issues like gun control, LGBTQI+ rights in Africa, women abuse and the Cape Town drought, to global sporting events like the Mayweather/McGregor Money Fight and blockbuster films and tv shows like Black Panther and Game of Thrones.
By focusing on trending news topics and presenting them in a beautiful and entertaining way, the Joburg Ballet has breathed new life into ballet by making the artform relevant again. The company has successfully captivated the imaginations of thousands of young South Africans who would otherwise have not looked twice at ballet as an entertainment option.
By infiltrating popular culture, Joburg Ballet has become part of popular culture, not only winning the hearts and minds of a new audience, but multiple awards along the way too.
The clever campaign, developed by agency TBWA\Hunt\Lascaris Johannesburg, scooped two Cannes Lions this year, and a coveted six Loeries in Durban in August, including the prestigious SANBS Public Service Award that recognises and rewards the best public service work across Africa and the Middle East.
By taking ballet out of the theatre and into our real, gritty world, it turned the whole lofty, privileged, inaccessibility of the ballet world upside down while at the same time resulting in Joburg Ballet ticket sales being at an all-time high, and most importantly, the audience age being at an all-time low.