Choreographed by Angela Malan, a former senior principal dancer with Joburg Ballet, The Nutcracker will transport audiences to a fairy-tale world, as Clara and the Nutcracker Prince dance through snowflakes, journey to the kingdom of sweets, encounter waltzing flowers and meet the Sugar Plum Fairy. 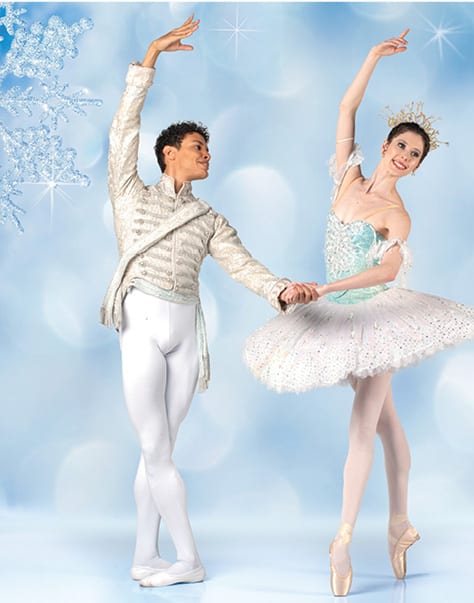 ‘I want this production to showcase all the wonder and magic of The Nutcracker, while at the same time capturing the timelessness of the great classical ballet tradition,’ says Malan. ‘I’m creating a sparkling new version for Joburg Ballet, while remaining faithful to the original 19th-century classic.’
Beautiful new sets and lighting by designer Wilhelm Disbergen will bring this magical world to life on stage, while conductor Eddie Clayton and the full Johannesburg Philharmonic Orchestra will conjure Tchaikovsky’s shimmering score at nine out of ten performances.
The 11:00 performance on 9 October is without the JPO and will be to recorded music while the company films the production for DVD release – sure to prove a popular Christmas gift for dance lovers. The JPO is generously sponsored for The Nutcracker season by The Michel Tesson Performing Arts Trust.
‘I’m really looking forward to working with both South Africa’s premier ballet company and the finest orchestra in the country,’ Clayton says. ‘This will be my first time conducting Tchaikovsky’s famous music and it promises to be a glorious and joyous production at Joburg Theatre.’
The role of Fritz, Clara’s brother, will be shared throughout the season between Joburg Ballet School students Jayden Samuels and Otsile Lekasapa, while other children from the school will have the chance to gain some valuable stage experience performing at five of the ten shows, including on opening night.
Joburg Ballet offers its usual range of affordable ticket options for The Nutcracker, including half price on opening night, two budget-priced morning matinees with all seats just R100 and discounts for pensioners and groups. You can see the company’s DVD catalogue, which includes Giselle, Snow White and Carmen, on the Friends of the Ballet website – fotb.co.za
Keep up to date with all Joburg Ballet’s news on www.joburgballet.com / Twitter @JoburgBallet / Facebook @JoburgBalletCompany / Instagram @joburgballet