My grandmother’s old, grey Persian lamb coat, her mother’s fur shawl. Luxury possessions that seemingly belonged to another life. So alien and yet so much part of our family story, but as disconnected as the moon. 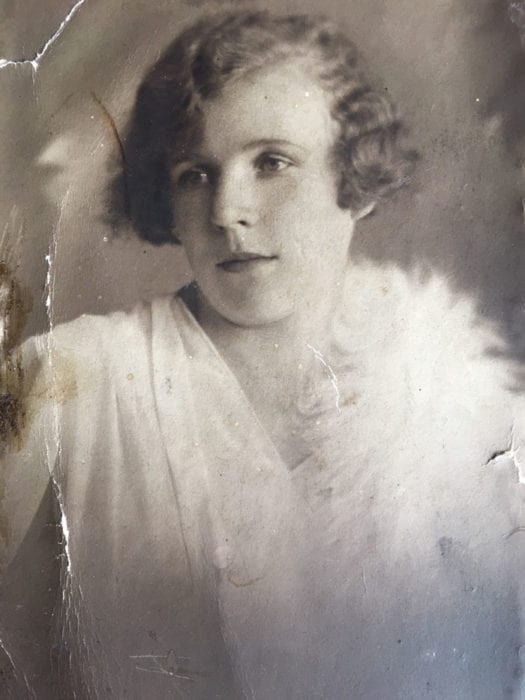 The innocent village girl played with piglets and puppies, helped during the hay harvest and refused to eat meat as it was a product of killing. A killing that came naturally to the village people.
I still remember the smell of blood, the still-warm black pudding – a delicacy that was the centrepiece of the Schlachtfest (ritual or ceremonial slaughter of an animal, which is often followed by a feast).
The meat of the Schlachtfest and the fur coats were closely interlinked in the girl’s fantasy, the dead animals a sacrifice offered to the gods to combat the existential loneliness these human beings suffered from.
Once in a while, my grandmother took the coat out of her cupboard and told my sister and me stories about her other life, the life before this coat helped her to survive during her escape over the frozen Baltic Sea. When it was just what a fur coat was meant to be: a status symbol of the urban wealthy. How it was quickly taken off and thrown to the waiting-maid after a visit to the wintery city.
The images of the never-ending line of refugees traversing the Baltic in Sea in 1945 do not depict the complete foreignness of this coat and yet it could not tell more precisely how wise the decision was to not leave it behind. It kept the family warm and could have been bartered or pawned later to survive the hunger years.
When my grandmother put on this coat, she changed into the cosmopolitan woman she had been before the war. Before she was forced out of her life into a humble existence in a German provincial town full of enviers who treated my family as outsiders even decades after their arrival.
The family story and the paradise lost were interlinked with the horrors of the Nazi times, the terror and the bloodlands of Nazi superelevation that devastated Europe and claimed more victims than any war before.
The fur coat of the refugee was interlinked with the fur coat of the deported. Shocking images of absolutely terrified Jewish women in their fur coats at the ramp of the concentration camp in Auschwitz. Piles of these coats were later the only reminder that these dehumanised women existed and became part of the Nazi’s cruel value-added chain.
Witnesses later talked about the infamous Ilse Koch, wife of the Buchenwald concentration camp commander, and how she walked around the camp in the fur coats of their victims. The terror reveals itself in a banality that lost all sense of humanity. In this awful example, the fur coat epitomises the ambivalent amalgam of erotic attraction and icy dreadfulness. A dreadfulness that was deeply embedded in the structures of a terrorist system that allowed to relentlessly act out even the crudest needs of its perpetrators. 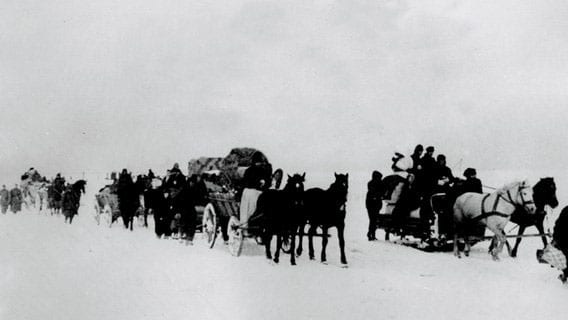 Growing up with the overloaded silence of the perpetrators, I often wondered whose fur coat was once stolen from a victim of the Nazi regime. I wondered whose upper-class snobbism was an unlawful act never punished legally. Even though the way the woman wore the fur coat clearly showed the illegal appropriation. Stories are told even when no word is spoken.
Stories have the power to liberate us and, beyond the idea of the slain animal, the fur became a symbol of survival. Silver and jewellery were sewn into the fur coat to survive the dark hours of an uncertain escape, to start again in a foreign environment.
My Singaporean friend Terrence told me the story of his mother’s friend, Elizabeth, who had to escape Shanghai in 1949.
In its heyday before World War II, Shanghai was the place to be – it had the best art, the greatest architecture, and the strongest business in Asia. The Paris of the East became known as a place of vice and indulgence. Amid this glamour and degradation, the Communist Party held its first meeting in 1921. In the 1930s and ‘40s, the city weathered raids, invasions, then the occupation by the Japanese. By 1943, at the height of World War II, most foreigners had fled and the concessions had been ceded to the Japanese, bringing Shanghai’s 101 years as a treaty port to a close. Despite the war’s end, fighting continued as Nationalists and Communists fought a three-year civil war for control of China. The Communists declared victory in 1949 and established the People’s Republic of China. No need for capitalists and this family of bankers had to escape to Hong Kong with the few possessions they could take with onto the plane that brought them to the safe haven.
As Hong Kong felt to be too close to communist China, the Wong family later travelled further to Singapore where they started again in Cable Road in the heart of town. The precious fur coats they took with all the way proved useless in the humid climate of the tropics and all the fur just fell out with the time gone by. The family later started an ice cream business and proved to have a wonderful ability to adapt to their new home.
Today, I do not know what happened with my grandmother’s grey Persian lamb coat. After her death, it disappeared, as if the alienness of the stranger could be undone when its disturbing objects of ambivalence have been seized.