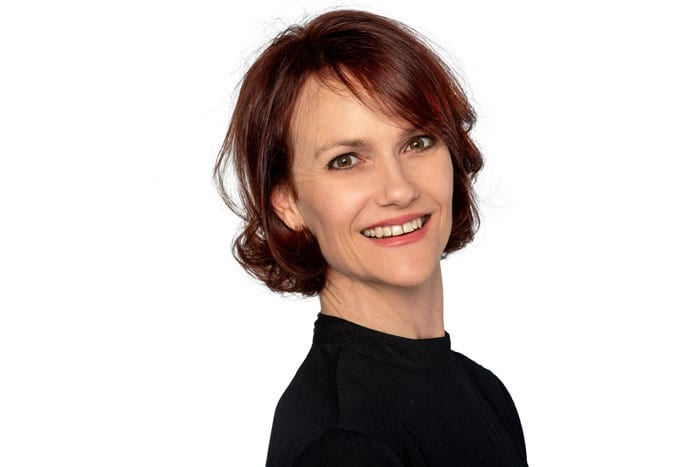 Angela Malan is a former senior principal ballerina and a founding member of Joburg Ballet. She works internationally as a dancer, coach, choreographer and producer and is currently producing and choreographing Joburg Ballet’s new staging of the classic favourite The Nutcracker.

Name three artworks that you love and why.
As a child, we watched a lot of musicals at home. The Sound of Music must still be one of my favourites, possibly because it takes me back. I love Veronica Paeper’s La Traviata, it was my favourite ballet to dance. Manon by Kenneth MacMillan is my favourite ballet of all time, but sadly, I never got to dance it.

Name one artist you would love to meet.
Ulyana Lopatkina – it’s said there are at least six people in the world who look exactly like you and there is a nine per cent chance that you’ll meet one of them in your lifetime. But, above all, she’s my favourite ballerina.

What are you reading at the moment?
The Storm Sister by Lucinda Riley – it’s book two in a series of five.

What is in your car’s CD player?
Tchaikovsky’s score for The Nutcracker, of course!

If you could change one thing about yourself, what would it be?
I would enjoy the journey more. I’m an instant gratification girl who always wants to get there as fast as possible.

How have the arts industries in South Africa changed over the last ten years?
I think that, due to this generation, there’s far greater freedom to express oneself, which is a real positive. But I do feel that discipline, in terms of work ethic, is on the decline.

Name one thing you think would improve the arts and culture industry in South Africa.
Greater exposure internationally for local work and for individuals via artistic exchanges and residencies.

What is your most treasured possession?
My daughter. I know I don’t own her – she’s only on loan to me – but I treasure her every breath.

What do you regard as the lowest depth of misery?
Self-doubt.

What is it that makes you happy?
Red wine!

Describe a defining moment in your life.
When I became a mother. Giving birth to my beautiful little girl brought such perspective to my life.

What projects will you be busy with during 2018 and into 2019?
At the moment, I’m busy choreographing a new production of The Nutcracker for Joburg Ballet that opens at the Joburg Theatre in October. It’s probably one of the most popular classical ballets in the world, so it’s a wonderful opportunity to work with the company to create a sparkling new version, while still remaining faithful to the original 19th-century classic.
After that, I’ll fill the shoes of ballerina again for a season at The Pieter Toerien Theatre at Montecasino in Bengingazi. In 2019, I’ll be working with Tim Podesta and dancer Marlon Dino on a new work, touring to Australia and New Zealand. We hope South African audiences will get a chance to see it too.

Name one goal you would like to achieve in the next twelve months.
I’m fortunate to be in a position where I’m able to work in a number of different countries. Over the next year, I hope to absorb more knowledge – in SA and internationally – and keep challenging myself to reach greater heights.