With a proud reputation as South Africa’s home of protest theatre and artistic work that has been celebratory of South Africa’s political liberation icons, it is quite surprising to find the wife of a mining magnate and politician – a dead white colonial figure today whose legacy and value is both contested and forgotten – taking centre stage in the Barney Simon Theatre. Just what would Barney say?

Barney would probably not raise an eyebrow because the actress playing Lady Phillips (a woman of exceptional strength, passion, and character who promoted and celebrated local and international artists and who persevered in building them a home at the Johannesburg Art Gallery (JAG)) is celebrated South African actress, Leila Henriques, who did some of her most exciting work at the Market Theatre with Barney Simon. She even co-edited a book with Irene Stefanou about Barney Simon, titled The World in an Orange.
After leaving school, Leila trained at the Oxford School of Drama, and spent two years working at various locations in London, including the Tabard Theatre, which specialised in new writing. On returning to South Africa, she joined the Loft Theatre Company in Durban before settling in Johannesburg. Apart from performing in roles that have won her awards, Leila also teaches at the Market Theatre Laboratory where her students walked away with the Standard Bank Gold Ovation Awards for their production, Hani: The Legacy, when it was staged at the National Arts Festival.
In her current role in Florence, a new play by Myer Taub, Leila Henriques gives a superb performance that highlights the contributions and impact that Florence Phillips had in building a greater understanding of art with early-Johannesburg and its contemporary society. It was Florence’s philanthropic nature that endeared her to both the world of artists and public alike. 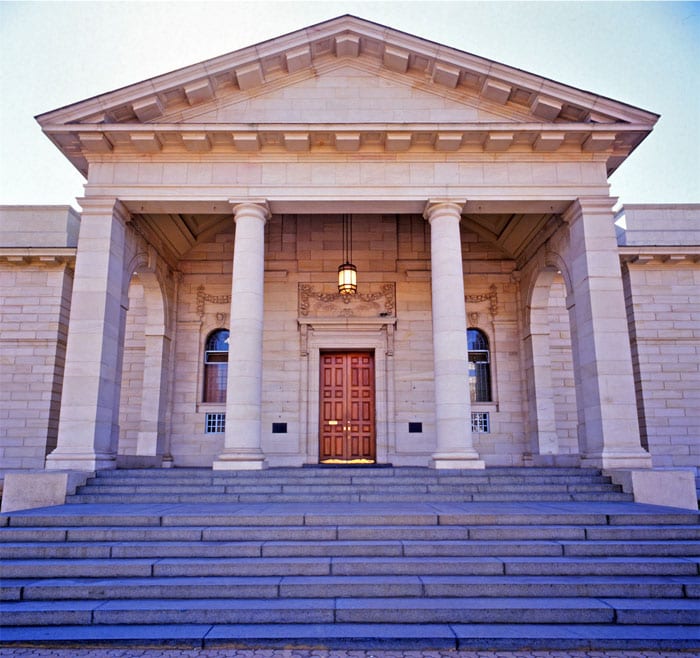 A press release issued by the Market Theatre reads, ‘Too often women like Florence were unsung heroes and sometimes their contributions went unnoticed. But the achievements, leadership, courage, and strength they possessed created indispensable heritage from which we can draw pride, comfort, courage, and long-range vision from. The story of our early pioneers can be used in a creative way to engage and inspire the public, including the next generation of woman pioneers.’
Lady Phillips was born Dorothea Sarah Florence Alexandra in Cape Town in 1863. In 1885, she married Sir Lionel Phillips, 1st Baronet, a mining magnate and politician, after they met on the diamond-diggings. They moved to Johannesburg in 1889. She travelled extensively from 1887, but returned hurriedly to be with her husband during his trial following the Jameson Raid.
It was in London where Florence acquired a keen interest in art and bought numerous works by artists of the time, including William Orpen, William Rothenstein, Walter Sickert, Philip Wilson Steer, Camille Pissarro, Claude Monet and Alfred Sisley. She presented many of these works to the Johannesburg Art Gallery, which she actively helped to establish.
In the world-premiere of Florence, a one-person play directed by Greg Homann, a disgruntled actress meets over lunch in a fancy restaurant with a playwright about the new work he has written that places Florence Phillips as a ghost at the Joubert Park fence outside the Johannesburg Art Gallery. Playwright Myer Taub playfully experiments with time, place, language, and form to explore our contemporary moment. The world-of-the-play moves across over 100 years of Johannesburg history, revealing a city that captures a struggle for recognition, renewal, unrequited love, hope, and prosperity.

‘The politics of staging a play today that centres on the life of a white colonial figure is a complicated business, but that’s exactly what makes this play appealing to me – the playwright is not trying to place anyone on a pedestal, rather Taub is asking questions about what we value, how we think about history, and what we see as relevant or not,’ says Greg Homann.
Homann is an accomplished director, academic and author. His book, The Methuen Drama Guide to Contemporary South African Theatre, is a definitive book that looks at the history, status and context of South African contemporary theatre. It offers a comprehensive introduction and survey of South African plays with a weighting towards work from approximately 1990 to the present. Homann is also a holder of the Standard Bank Young Artist Award.
His production of Florence at the Market Theatre is supported by Johannesburg-based sculptor, Richard Forbes, who designed the set for the production with lighting by award-winning lighting designer, Nomvula Molepo. Costumes are designed by Karabo Legoabe Mtshali and Nthabiseng Mokone. The sound design from the production is by Ntuthuko Mbuyazi.
Watching Leila Henriques’ performance in Florence will whet anyone’s appetite to visit the Johannesburg Art Gallery. There couldn’t be a better way for Johannesburg’s citizens who fear to come into the city to take an Uber that would drop them off right at the Gallery’s doorstep. Who knows? Florence’s ghost might even be there to personally welcome them and show them around the Gallery.
The dead white woman certainly did take a night walk from Joubert Park to see Leila Henriques playing her at the Market Theatre during August 2018.