2018 has been a great year for Thandi Ntuli’s career so far. She started the year as the 2018 Standard Bank Young Artist (SBYA) for Jazz, a title that brings gravitas to her work and means a larger audience is waiting in anticipation of her next move. And she hasn’t disappointed. She released her second self-published album, Exiled, in February this year, following on the success of her 2014 debut, The Offering. She also returned to the National Arts Festival (NAF) for the seventh year, performing in two crowd-pleasing shows – The Rebirth of Cool and her SBYA performance. 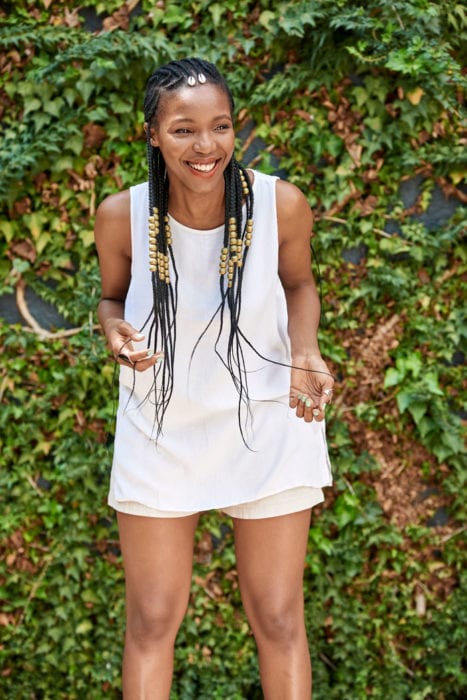 A pianist, composer, vocalist and producer, Thandi Ntuli is a forerunner among a rich cadre of South Africa’s upcoming jazz musicians. She forms part of an interesting group of jazz musicians who cite a varied range of musical influences that are evident in the records they produce. This is apparent both in Exiled and The Rebirth of Cool.
Taking its name from Miles Davis’ 1957 Birth of the Cool, The Rebirth of Cool at the NAF epitomised what Davis was feeling at the time. Feeling apprehensive about boxing himself into the ‘jazz’ category, Davis instead chose a kind of music where ‘you take what you like, and leave what you don’t. You know, like food.’ Ntuli and a band comprising of Sthembiso Bhengu on trumpet, Linda Sikhakhane on saxophone, Senzo Ngcobo on trombone, Sphelelo Mazibuko on drums, Benjamin Jephta on bass, along with DJ Kenzhero, performed a set that moved from modern neo-soul classic, to jazz standards and hip-hop, taking bits and pieces, reinventing and adding a jazz spin. The outcome demonstrated the inclusivity and elasticity of the jazz genre and delighted a multi-generational audience.
Ntuli’s exceptional ability to take many genres of music and weave them together into a unified vision shines through in Exiled. The album includes aspects of different styles, including spoken word, electronic and world music – something that many jazz artists might be afraid to take on. The album highlights her sublime keyboard skills as well as her incredibly compelling compositional skills – which give hints of highly charismatic pop sensibilities. Listeners are also offered a deeper look into Ntuli’s superb vocal work. The success of the album was further underscored when she became the first South African jazz artist to be featured on the New Artist Spotlight on Apple Music.

I would like to do some projects that maybe move into the chamber direction musically. I’ve got ideas of things that I still think are a little bit far away because of the research I’d still like to do for those projects, but I’m hoping to do some collaborative projects in the coming year or so. 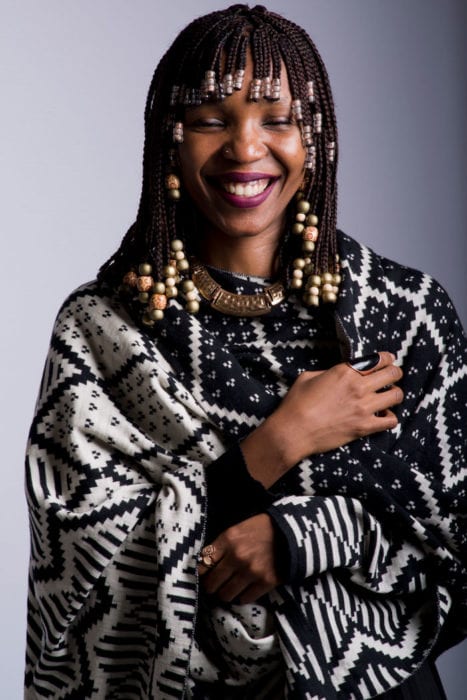 One reviewer sums it up perfectly. ‘The result is a 15-track body of work that’s as daring as it is elusive. In this genre of jazz, indulgence is a cancer. Spectacular compositions can be undercut by excessive solos and an over-presence of different instruments…
‘The sheer relentlessness of the music beckons quietness and contemplation, but, make no mistake, this is still a very functional album. Exiled is a record that showcases the very best of Ntuli’s interests, which include conceptions of identity and womanhood, as well as rethinking what it means to be alive, here and now. All of this she does with a vulnerability that forces her to make herself the ultimate subject.’
Of the title, ‘Exiled’, Ntuli says, ‘The way I think of exile is more than just physical displacement. It’s also on a spiritual and emotional level. The reason I use that word is because the themes that come across in the album – although they are things that one might experience personally – are caused by our history. They are the repercussions of where we come from. Whether you’re black, Indian or white in South Africa, you feel like you don’t belong, so through my music, I wanted to confront my own sense of displacement.’
Ntuli tours regularly and has played on local and international stages, including the Cape Town International Jazz Festival and the Calabar International Jazz Festival in Nigeria. She has also played with the Cape Philharmonic Orchestra, along with Mike Campbell and the UCT Big Band. This year alone, Ntuli has entertained audiences in Switzerland, the Netherlands, Mozambique and Swaziland.
Ntuli has big plans for the future, including possibly returning to her classical music roots. ‘I would like to do some projects that maybe move into the chamber direction musically. I’ve got ideas of things that I still think are a little bit far away because of the research I’d still like to do for those projects, but I’m hoping to do some collaborative projects in the coming year or so.’