Margaret Thatcher famously said that ‘if you want something done, ask a woman’. And when a woman brings all her passion to the task, there is simply no limit to what is possible – like the independent Auto & General Theatre on the Square and its Producer/Owner and Artistic Director, Daphne Kuhn. 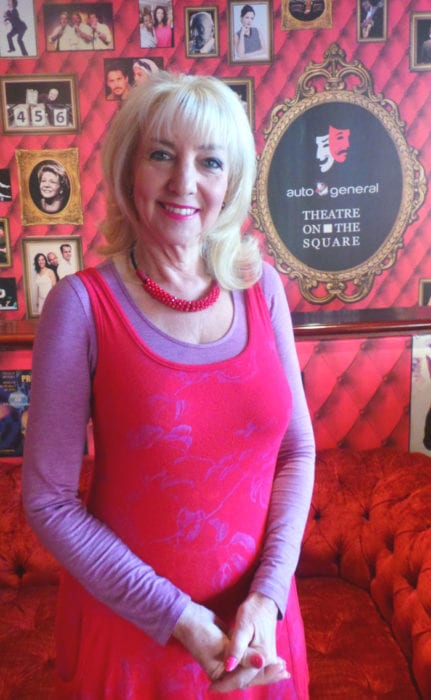 Growing up, Daphne Kuhn acted in children’s theatre and Shakespeare plays. She loved the theatre and she loved to act. She grew up playing the piano and loved music, but her passion for theatre won out. After leaving school, Kuhn enrolled in a BA Drama at the University of Pretoria, studying old and classical scripts alongside modern pieces. She furthered her studies, completing a BA Honours as well as a Master’s in Drama.
Early on in her career, Kuhn was part of the new production team at the SABC TV Service, which gave her insight into the many aspects of entertainment as it was both an acting and an administrative job. She then joined the Children’s Theatre Company with Joyce Levinson and started the Children’s Theatre Trust. She worked for both the Market and Civic Theatres before deciding that it was now time to go out on her own.
In 1994, Kuhn opened a little theatre at Mutual Square in Rosebank, but it was not long before a bigger space was needed, so Kuhn looked towards Sandton. Her heart had always been set on opening a theatre in Sandton, where she lives, as she felt that it was missing a cultural hub at the time.
The developers of the Sandton Square complex invited Kuhn to open a theatre, and after searching for a sponsor, the AGFA Theatre on the Square was opened in 1997. The theatre has changed names over the years to reflect its sponsors, which have included Liberty and Old Mutual. The current naming sponsor, Auto & General, is now generously making sure the show goes on.

To read more about the over 2 000 productions featured, Kuhn’s passion for the ‘gems of theatre’, the Naledi Theatre Awards, the affordable concerts and Friday lunch-hour performances, purchase our August 2018 issue, or continue supporting Creative Feel‘s role in the arts and culture sector by subscribing to our monthly magazine in digital or print format.