Women’s Day marks the anniversary of the great Women’s March of 1956, where 20 000 women marched to the Union Buildings to protest against the carrying of pass books. This women’s month, we celebrate the achievement and contributions of women in South Africa who are playing a role in shaping our future. Here are 10 women #welove: 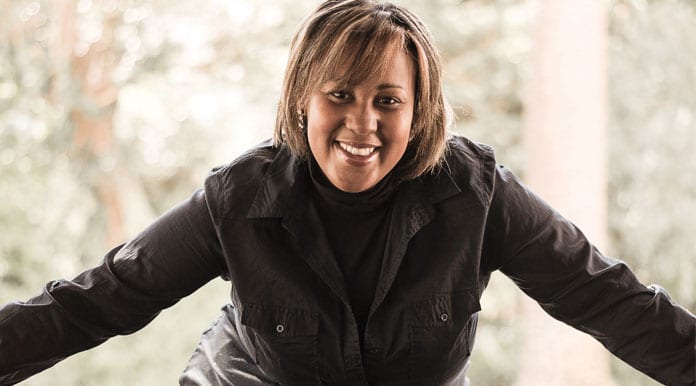 A classically trained pianist and cellist who has put in years as an entertainment lawyer, Unathi Malunga added new notes to her score when she furthered her studies in orchestral conducting and will become the first ever woman to direct the performance of an orchestra at the RMB Starlight Classics 2018. A strong and ambitious woman who achieves every goal she sets for herself, Unathi is someone who Creative Feel loves to celebrate as a women in the arts. 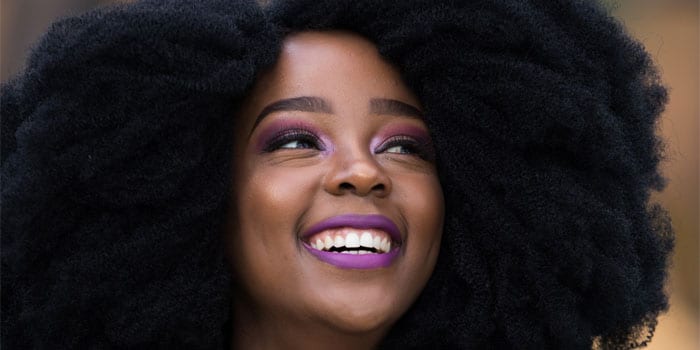 Thuso Mbedu’s extraordinary acting career has seen her become one of South Africa’s top actresses. A familiar face to many, she has graced our television screens since 2014 and recently made it into the 2018 Forbes Africa Under 30 list. Thuso was recently nominated for the International Achievement Recognitions Awards (IARA) for Best Young Actress! The awards honour outstanding talent in the arts and entertainment industry. 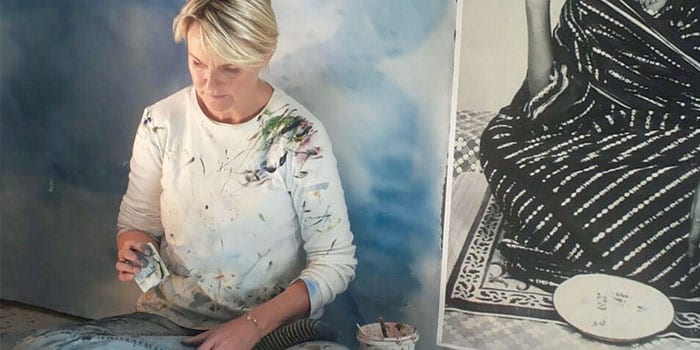 Robyn Denny, born in South Africa in 1972, is one of the top painters and video artists in South Africa. Robyn majored in painting at Michaelis School of Fine Art, Cape Town, then obtained a Master of Fine Arts from Goldsmiths College in London, where she focused primarily in video art. After graduation, Robyn co-curated JUNCTURE in London and Cape Town, a critically acclaimed group show, and created her own video-installation for it – Earth, Air, Fire, Water.
This led her to further her film studies at the New York Film Academy, Robyn’s short film Green Mandala won official selection at the Palm Springs and Durban International Film Festivals.
A solo exhibition of large black works, INK PAINTINGS Underground at The Hudson, marked the artist’s return to painting. The underground floor of The Hudson building was emptied to make way for a cavernous installation in which subterranean darkness was pierced by vaults of light. These spotlights illuminated the film-screen scale paintings. INK PAINTINGS pre-figured further installations which came to fuse elements of lighting, film, painting and performance:
Robyn’s INDIGO – Passage to Healing paintings were selected for AKAA Paris 2017. 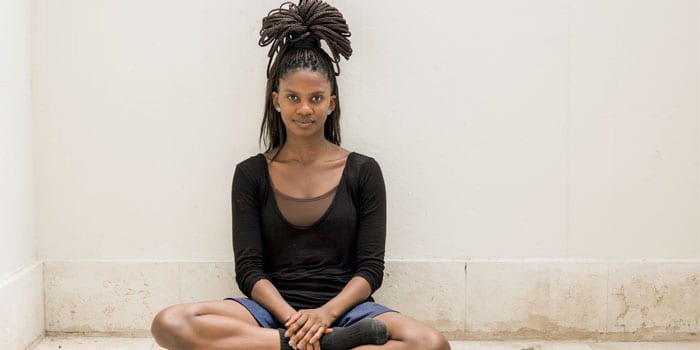 Londiwe Khoza is 23 years of age and filled with exceptional talent. A young lady full of hopes and dreams, she was recently awarded an opportunity to work with amazing Israeli mentor Ohad Naharin, Artistic Director of the renowned Batsheva Dance Company of Tel Aviv.
Londiwe’s nuanced, full-bodied performance of Kamuyot springs from a thoroughly immersive experience with Naharin. A graduate of the rigorous Cape Academy of Performing Arts, she performed with the neoclassical Cape Dance Company and Joburg Ballet before making the leap from her native South Africa to Israel in August 2016, steeping herself in Naharin’s world through daily classes, rehearsals and performances. 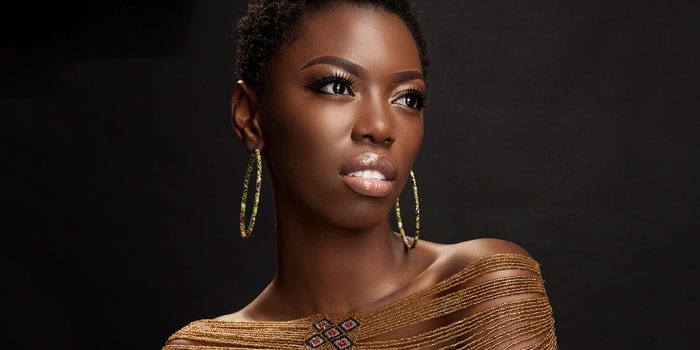 Lira is an amazing South African singer. She was born in Daveyton, on Johannesburg’s East Rand 1979. She is a multi-platinum selling and eleven-time South African Music Award-winning Afro-Soul vocalist, who refers to her music as ‘a fusion of soul, funk, elements of jazz and African.’
Lira has worked incredibly hard to achieve her monumental success and has touched the hearts of many musically and charitably; she also lends her time and resources to causes that matter to her the most. She remains active with and has received awards from various grassroots organisations, outreach groups, and advocacy programs such as the Student Sponsorship Programme – which presented her with the Inspiration Award in 2011. She has also participated in numerous activities for The Southern Africa Trust. In 2015, she was listed by Forbes Magazine as one of the richest female singers in Africa with net worth in excess of $35 Million. She was a member of the coaching panel of The Voice South Africa.
In early 2016, Lira was hand picked by Bobbi Brown Cosmetics to appear in their South Africa Advertisement campaigns shot in Johannesburg. 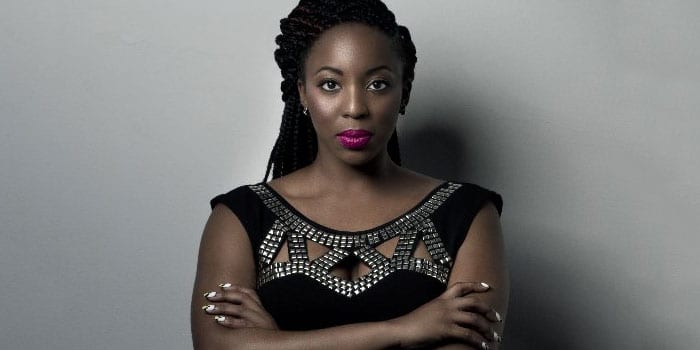 Born in 1990, Lebohang Kganye lives and works in Johannesburg, South Africa.
Lebohang Kganye is an artist living and working in Johannesburg. Lebohang received her introduction to photography at the Market Photo Workshop in 2009 and completed the Advanced Photography Programme in 2011. She also completed her Fine Arts studies at the University of Johannesburg in 2016 and forms a new generation of contemporary South African photographers.
Although primarily a photographer, Lebohang’s photography often incorporates her interest in sculpture and performance. Over the past six years, she has participated in photography masterclasses and group exhibitions locally and internationally. Lebohang was the recipient of the Tierney Fellowship Award in 2012, leading to her exhibition Ke Lefa Laka. She created an animation from the series, which was launched on Mandela Day 2014 in Scotland, entitled Pied Piper’s Voyage. Lebohang was then selected as the Featured Artist for the 17th Business and Arts South Africa Awards in 2014. She was also awarded the Jury Prize at the Bamako Encounters Biennale of African Photography in 2015 and was the recipient of the CAP Prize 2016 in Basel. Lebohang recently received the coveted award for the Sasol New Signatures Art Competition in 2017, leading to a solo show in a year. Lebohang’s work forms part of several private and public collections, most notably the Carnegie Museum of Art in Pennsylvania and the Walther Collection in Ulm. 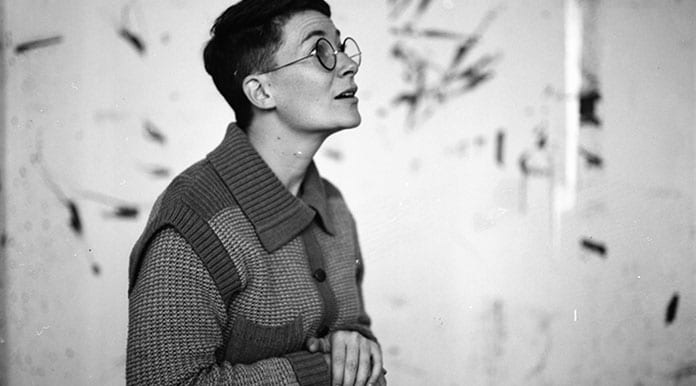 Currently based in Johannesburg, Jemma Kahn studied Fine Art and Drama at the University of the Witwatersrand and then spent two years as a teacher of English in Japan. It was in this context that she learned kamishibai – an illustrated story-telling theatre medium that draws on ancient Japanese traditions. Kamishibai has had a strong influence on Jemma’s theatrical productions, which she has performed extensively both nationally and abroad, including The Epicene Butcher and Other Tales for Consenting Adults and We Didn’t Come to Hell for the Croissants, among others. Her first theatre work, however, which she staged in 1999, demonstrated her gift for working with an unconventional and exciting understanding of theatre. The work was entitled The Animals, and its script was devoid of human language. 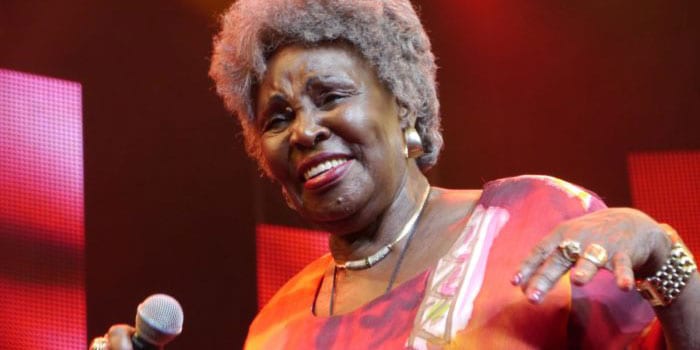 With the 2017 Arts & Culture Trust Lifetime Achievement Award for Music, Dorothy Masuku was recognised as one of Africa’s all-time greatest vocalists, performers and one of its most prolific composers, having written hits like ‘Hamba Nontsokolo’ and ‘Pata Pata’.
Born in Southern Rhodesia (now Zimbabwe) in September 1935, Dorothy rose to fame in the early 1950s after abandoning her Catholic boarding school education in Johannesburg to join Philemon Magotsi’s African Ink Spots in Durban at the age of 15.
She was sent back to Johannesburg, where she ran away again, this time to Bulawayo, Zimbabwe, to join the Golden Rhythm Crooners jazz band. Dorothy later went on tour with the Harlem Swingers and her jazz idol, Dolly Rathebe. It was during this tour that she teamed up with jazz legend Hugh Masekela and close friend Miriam Makeba in the African Jazz and Variety Show, which introduced black musicians to white audiences through talent scout Alfred Herbert.
As a devout Christian, Dorothy first expressed gratitude to God for such an honour when she was asked about her Lifetime Achievement Award. She then shared how much she misses her old friend Miriam Makeba on occasions like this. ‘I miss her very much because one of the things that she used to tell me when we were abroad was: “You know, Dorothy, you are going to take over from me after a couple of years when I am gone.” And I used to say: “What do you mean, when you’re gone?” and she used to say, “I’ll be gone before you do.” She used to sing a lot of my songs, some of them made her very popular. Even the first time she went abroad, she performed lots of my songs. So, you can imagine how much I really miss her.’ 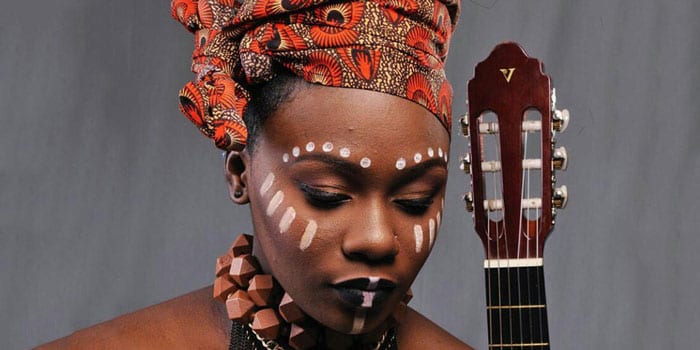 Amanda Benedicta Antony (born 24 July 1993), popularly known by her stage name Amanda Black, is a South African singer-songwriter and recording artist who achieved recognition in 2016 following the release of her hit single ‘Amazulu’ which was nominated for several music awards. Her debut studio album Amazulu was certified platinum three weeks after its release.
‘Amazulu’ was instrumental in the upward trajectory of her career following its positive reception, which saw it gain rotational nationwide airplay and downloaded over 106 000 times, also getting over 2.9 million views on YouTube. On 11 November 2016, she released her long anticipated debut album Amazulu through Ambitiouz Entertainment to commercial success and positive critical review. Under a month after its release, the album sold over 31 000 copies, which led the Recording Industry of South Africa certifying it platinum. It also earned her nominations in five categories at the 16th edition of the Metro FM Music Awards, and five categories at the 2017 South African Music Awards. She was also nominated for Viewers Choice: Best International Act at the 2017 edition of the BET Awards.
On the 20th of July, she released ‘Kahle’, which also became a fan favourite, positioning Amanda Black as one of the leading artists in South Africa. The song became a national hit, receiving great air-play on local radio stations as well as reaching over 900 000 views on YouTube. 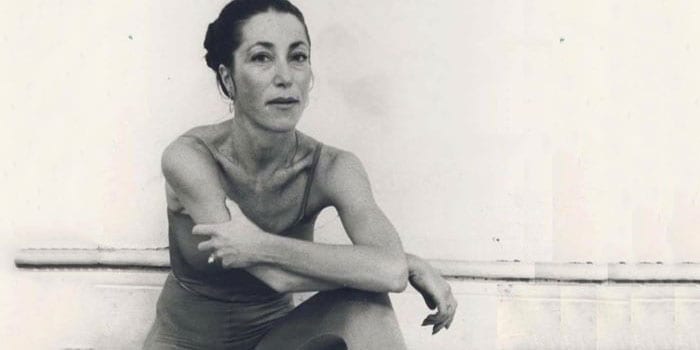 The 2017 Arts & Culture Trust Lifetime Achievement Award for Dance was presented to Adele Blank, the iconic South African choreographer and dance instructor who has trained, performed, choreographed and taught extensively in classical ballet and contemporary dance both locally and abroad.
One of the first contemporary dance pioneers in South Africa, Adele continues to teach and choreograph. She recently directed the much-anticipated South African International Ballet Competition (SAIBC) International Ballet Gala that took place during September in Cape Town and Johannesburg, showcasing thrilling ballet variations, pas de deux and neo-classical works, performed by a stellar company of top professional dancers. Adele’s latest piece enjoyed its world premiere at Artscape on 2 September 2017.
Her first professional piece, Cacophony, was performed on tour in Israel in 1979 and was the first dance piece with both black and white dancers performing on the same stage in South Africa and abroad. The group was named 8 + 1. In her long career, Adele has created over 50 pieces, including works commissioned by other companies (including Cape Town City Ballet, Dance For All, Jikeleza, Cape Town Opera and Zip Zap Circus) and for corporate productions. She has served as the principal of the dance department at the Performing Arts Workshop and as artistic director of the Dance Theatre Company, which was affiliated with the school and was created to inspire the dancers who attended the academy.