In a first for Africa, the Sci-Bono Discovery Centre in Johannesburg, in collaboration with the French Embassy in Pretoria and the French Institute of South Africa (IFAS), have brought a replica of the world-famous Lascaux cave paintings and the cave itself to South Africa.

The Palaeolithic cave paintings are around 17 000 years old and are mostly of large animals native to the region at the time. They are regarded as masterpieces because of their outstanding quality and sophistication.
The Lascaux cave paintings were discovered in 1940 when a group of teenage boys stumbled upon them in the Dordogne region in southwestern France. The site was opened to the public in 1948 and gained almost instant fame. More than a million people have visited the original cave since its opening and, by 1955, carbon monoxide, the heat and humidity of so many visitors had visibly damaged the artworks. Deteriorating conditions caused fungi and lichen to grow on the walls. The cave was closed in 1963 to protect the priceless artwork. Lascaux was added to the UNESCO list of World Heritage Sites in 1979. Today, extremely limited access is allowed to test for air quality only and to monitor the condition of the cave. 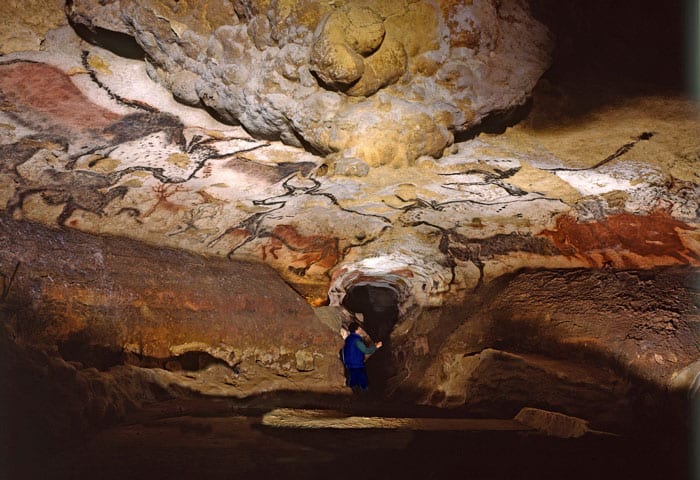 In the Lascaux Exhibition, the work is shown as accurate, life-size and handmade replicas. Special lighting enables visitors to admire the masterpieces. The exhibition focuses on the five panels of the Lascaux Nave (the Great Black Cow, The Stags, the Crossed Bison, the Imprint) and the Shaft Scene.
The replica amazes and fills with awe everyone who sees it. It’s an exact reproduction of more than 2 000 figures painted on the walls of the caves. They are on show at the Sci-Bono Discovery Centre until 1 October 2018, alongside prehistoric South African rock art, for a once-in-a-lifetime opportunity to engage with humanity’s earliest impulse for creative expression.
The world’s first examples of art and symbolism, found in Southern Africa, are more than 100 000 years old, while Europe is home to some of the world’s most well-preserved prehistoric cave-art sites.
This will be the first time that the Lascaux paintings will be exhibited alongside the oldest African art, celebrating the earliest works created by humans on two continents. 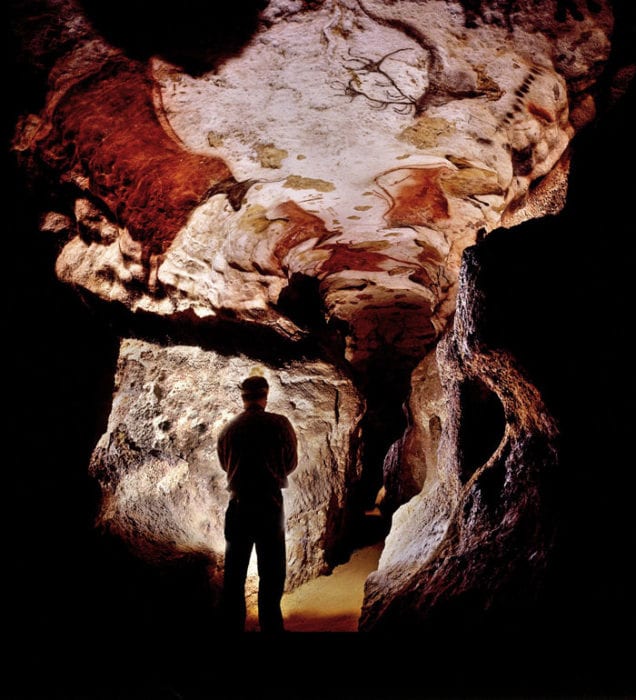 The Lascaux and African rock paintings have much in common and point to one essential truth: there’s more that unites and binds us as people and cultures than there is that divides us.
The South African component of the exhibition, The Dawn of Art, is curated by the University of the Witwatersrand’s Rock Art Research Institute, the Origins Centre and IFAS-Recherche. It will include photographs of iconic South African rock art, as well as a display of priceless authentic pieces.
The Lascaux cave replica was meticulously recreated using materials and tools identical to those that the original artists used about 17 000 years ago.
Located in the historic Electric Workshop at the corner of Miriam Makeba and Helen Joseph Streets in the cultural precinct of Newtown, Johannesburg, the Sci-Bono Discovery Centre is Southern Africa’s largest science centre.
Tickets for The Wonders of Rock Art: Lascaux and Africa at Sci-Bono Discovery Centre are R70 for children and R130 for adults, with special family packages available. For more information, please visit www.scibono.co.za