It is with pride and heartfelt thanks to women from all walks of life that Artscape hosts yet another Artscape Women’s Humanity Arts Festival this August to celebrate them and their relentless work encapsulated in the theme ‘A Spotlight on Cultural Diversity: Transformation & Healing Through the Arts’. The festival, which is celebrating its twelfth year, will run from 27 July to 18 August.

Over 60 years ago, more than 20 000 women marched to the Union Buildings in Pretoria to protest the pass laws and inhumane apartheid legislation. Discriminated against based on the colour of their skin, the pass laws directly affected their personal lives as well as their economic emancipation. Then democracy dawned, and we identified iconic events that led to our emancipation from the shackles of apartheid. August 9, the historic day those women marched, was earmarked and declared a public holiday to be henceforth commemorated in honour of women’s struggles towards freedom. The day was to be known as National Women’s Day.
Thus, as part of Artscape Theatre Centre’s commemoration of this struggle and in celebration of the strides we have made as a democratic society the Artscape Women and Arts Humanity Festival will be dedicated to both iconic women who led the struggle as well as modern-day ‘she-roes’.  This includes celebrating through the arts the centenary of Albertina Sisulu and the dynamic Ruth First as well as modern day activists, Lee-Ann van Rooi, Siphokazi Jonas and the late disabled activist, Patience Lunika, who, just last year had her first fashion show at this very festival at Artscape and whose contributions to women’s challenges we want to remember. 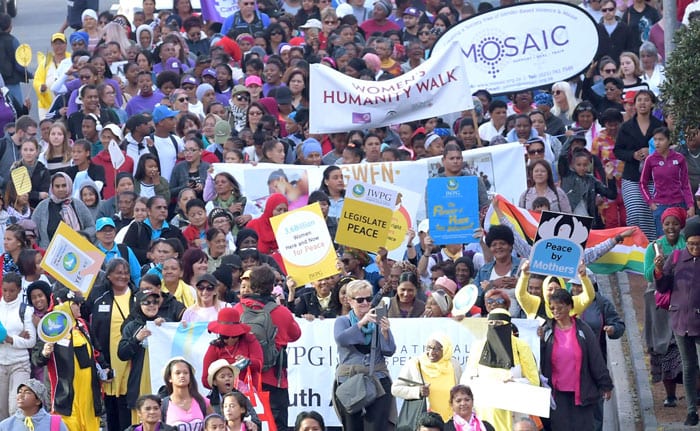 More than 24 years into our democracy, as South Africans we presumed that, given our civil liberties and Bill of Rights, we would be completely and entirely free to live our lives guided by our founding document, the Constitution of the Republic of South Africa. But we must stay abreast of the new set of challenges that we as the citizens of this fledgling democracy face. Sexism remains rife. Women are judged based on what they wear; lambasted for defying traditional roles – both ‘African’ and ‘Western’; vilified for entrenching their guaranteed rights; and many are subjected to violence, partner abuse, sexual attacks, rapes and femicide – vile deeds encouraged by patriarchal, misogynist norms that remain deeply entrenched within the male psyche. Unfortunately, many women uphold the aforementioned norms too, something we also hope to highlight during this important festival.
Tickets for the festival’s productions are available through Computicket or Artscape Dial-A-Seat on 021 421 7695. Discounts are available for students, seniors and block bookings. Visit www.artscape.co.za for more information. To stay up-to-date on Artscape’s programmes and productions, follow them on Facebook and Twitter.

To read more about the Artscape Women’s Humanity Arts Festival programme, the Humanity Walk and the host of productions, purchase our July 2018 issue, or to continue supporting the arts and culture sector, subscribe to our monthly magazine in print or digital format.