Published on the centenary of Madiba’s birth, these inspiring reads reveal with poignance, passion and inspiration messages of resilience, peace and hope from the Father of the Nation. 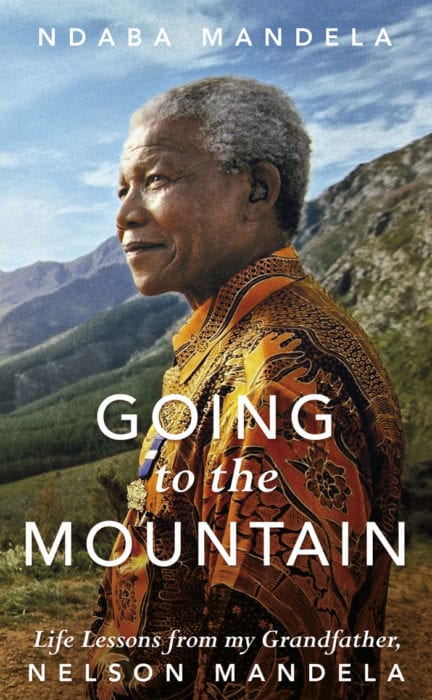 In Going to the Mountain, Ndaba Mandela weaves the trials and frustrations of his early life with tales of his grandfather’s watchful eye and council to paint a new portrait of the man to whom so many feel a unique connection.
The Prison Letters of Nelson Mandela, with a foreword from Zamaswazi Dlamini-Mandela, is the first, and only, authorised and authenticated collection of correspondence spanning the 27 years Mandela was held as a political prisoner.
With remarkable intimacy, both books delve into the life of Nelson Mandela as political activist, prisoner, lawyer, father, husband, uncle and friend.

Going to the Mountain: Life Lessons from my Grandfather | By Ndaba Mandela | Publisher: Penguin Random House | ISBN: 9781786331564
Life lessons for us all: the story of Ndaba Mandela’s unforgettable time growing up with, and learning from, one of the greatest leaders the world has ever known – his grandfather, Nelson Mandela.
This inspiring book reveals the transformative power of the life lessons that Mandela shared with Ndaba as his grandson grew up alongside him – lessons of resilience, peace and hope.
Going to the Mountain is a testament to the potential for all of us to change ourselves and our world.

The Prison Letters of Nelson Mandela | Edited by Sahm Venter | Foreword by Zamaswazi Dlamini-Mandela | Publisher: Penguin Random House | ISBN: 9781631495465
Poignant, impassioned, gripping, and always inspirational, the letters – many of them never seen by the public – have been assembled from the collections held by the Nelson Mandela Foundation and the South African National Archives, among others.
During his incarceration, Mandela would pen a multitude of letters to loved ones, compatriots, prison authorities, and government officials. At first, he was only allowed to write and receive one letter of 500 words every six months. Even when restrictions were finally loosened regarding the length and regularity of his correspondence, his jailers continued censoring his letters for political overtones – even innocuous references. The ultimate output reflects the famed Mandela wilfulness and resilience; here every word is chosen as if his life depended upon it. 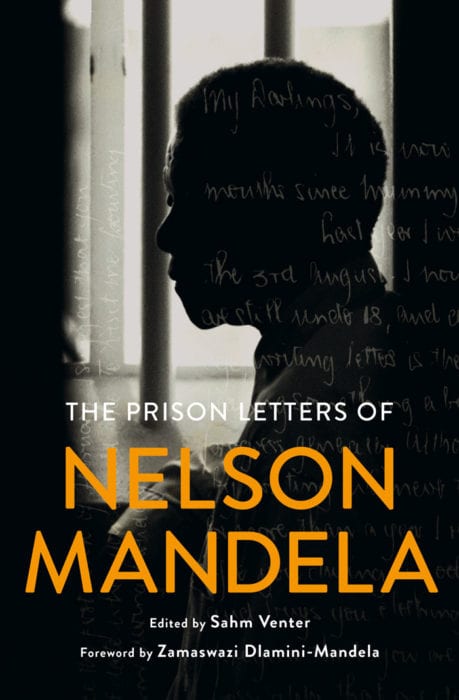 Illustrated with facsimiles and generously annotated, the book covers every aspect of life behind bars for the future South African leader, and provides new insight into how Mandela maintained his inner spirits while living in almost complete isolation and how he engaged with an outside world that became increasingly outraged by his plight, as his imprisonment dragged into its fourth decade.
Mandela’s letters are organised chronologically and divided by the four prison venues in which he was incarcerated as a sentenced prisoner from 1962 to 1990: Pretoria Local Prison, Robben Island Prison, Pollsmoor Prison, and Victor Verster Prison. The book provides an intimate portrait of a political activist who was as much a devoted husband, adoring father, dedicated student (studying for a law degree behind bars), and abiding friend. A father of five when he was sentenced to life imprisonment, his letters home became a critical means of parenting in absentia-particularly as he was denied visitation rights until his children had reached the age of sixteen. Letters to comrades and old acquaintances are infused with optimism and warmth, as well as a steely resolve to stay the course. Mandela reminisces and often frets over the future, yet never loses hope. He is witty, clever (often cloaking references to banned colleagues through nicknames), and empathic with others despite his own tribulations and tragedies, like the death of his mother and son, over which he anguished. And a new portrait emerges of his close relationship with Winnie Madikizela-Mandela, whose own battle with the apartheid system during the same period is documented dramatically through their letters. In them, Mandela professes his love, but also a deep appreciation and moral support for her efforts on behalf of the movement.