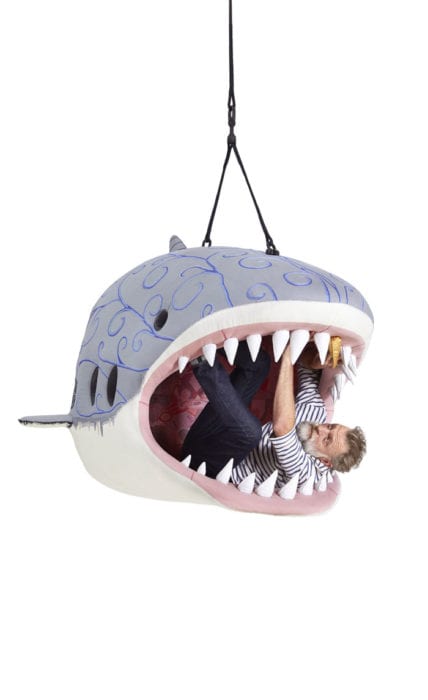 The series of seating pods depicts endangered species, and features an orangutan, a polar bear, a sloth, a blue whale, and a great white shark. The pods were produced using environmentally sustainable materials that have been extensively hand-worked by artisans in Cape Town. Hefer worked closely with textile artist Ronel Jordaan and craft collectives Heartworks and Mielie to translate his creatures into giant, tactile sculptures whose surfaces have been crocheted, felted, stitched and embroidered with unique embellishments. Twenty-five per cent of the sales proceeds go to supporting LDF’s wildlife conservation programmes.
‘It’s the future of the next generation that I am concerned about and the state of the world they inherit. Looking after our animals and Earth is one thing but also the preservation of human skills, crafts and traditions,’ says Hefer. ‘I think it’s important to show what beauty humans are capable of with their hands rather than the destructive mass production that technology is driving the modern consumerist society towards.’