Continuing my exploration of the German town of Heidelberg, I find that literature is omnipresent. Taking a walk through the city, publishing houses, bookshops and libraries can be found almost around every corner.
Looking at the vibrant scene of writers, translators and theatre life, one finds a high level of literary productiveness. The city was declared a UNESCO City of Literature within UNESCO’s Creative Cities Network on 1 December 2014 and thus celebrates its long dedication to literature and culture. There are one-and-a-half bookshops for every 10 000 Heidelberg residents. Heidelberg is traditionally home not just to shops selling new books, but also to a large network of second-hand booksellers. All of these together make an important contribution to the cultural life of the city. 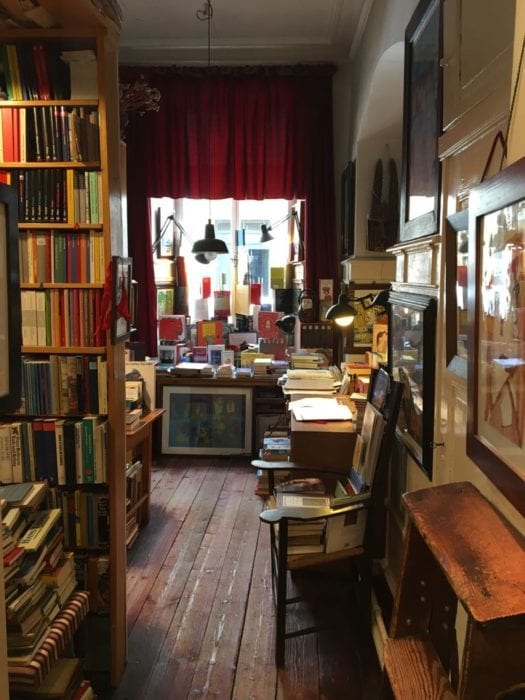 One of the most original is the bookshop and art gallery in Haus Cajeth in the heart of Heidelberg’s famous old town. This baroque palace has long been a cultural lighthouse typical of the city’s prolific intellectual life. During the 1830s, the then owners of the palace, the Jewish entrepreneurial Zimmern family, hosted famous soirées in their home. Intellectual giants such as Ludwig Börne, Nikolaus Lenau and Ludwig Uhland were frequent guests of the family. Today, the bookshop is a treasure trove with an abundance of books whose exploration would take hours. New discoveries compel visitors to spend some money, and the knowledgeable bookseller, Barbara Schulz, imparts so much about the cultural history of the city and the region. She was the life partner of Egon Hassbecker (1924-2013), the founder of the bookshop and of one of the most famous collections of ‘outsider art’. The bookshop and art gallery have been situated in Heidelberg since 1982 when Hassbecker moved here from the small town of Eberbach on the Neckar.
This versatile and visionary man was a young soldier during World War II and endured many years as a prisoner of war in one of the Soviet Gulags. After difficult years of uprooting, he settled in the Neckar region and discovered the art of ‘outsiders’: of those artists who created original artworks without any formal training. During his extensive travels around the world, Egon Hassbecker built a unique collection of paintings from unknown artists, who had been working without any mentor. Those whose oeuvre cannot be associated with any artistic style. 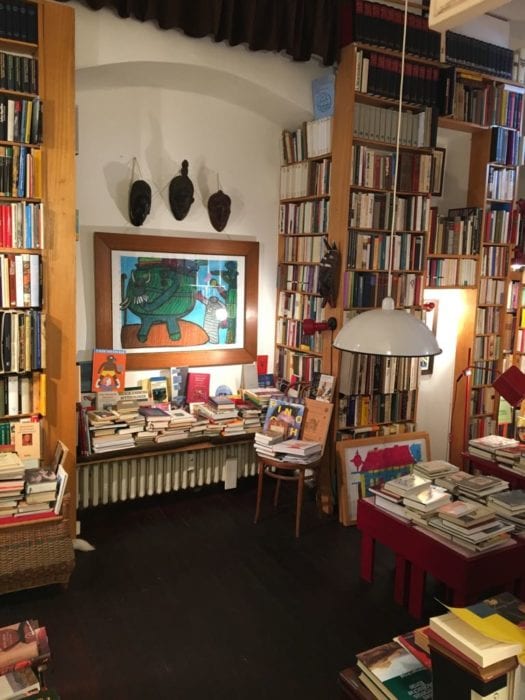 Hassbecker explained the initial spark for his collection as follows: ‘in the 1970s there was a prevailing trend to discover the so-called “naïve painting”. I felt this theme should be thoroughly scrutinised and I started to engage with paintings that were crafted by non-academic artists, but which display their own coherent form.’ British outsider artist Helen Downie, who started her career without any formal education when she was 48 years old says, ‘If you don’t study art, your subject matter is entirely different, everything comes from inside you – which is both an advantage and a disadvantage. I never have anyone else’s opinions on what I should create, whereas I know there can be pressure at art school to produce something others appreciate.’
Folk art, outsider art, Art Brut – no matter what you call it, the work of self-taught artists has been fascinating curators, and other artists, for the past hundred years. To read more about these artists and the Haus Cajeth museum/gallery, purchase our July 2018 issue, or continue supporting the arts and culture industry by subscribing to our monthly magazine.