As of July this year, the unique South African art fair that brings together galleries and artists from around the country to present and sell works in the iconic Turbine Hall in Newtown, Johannesburg, has a new headline sponsor: Rand Merchant Bank (RMB). Or rather, as both Glynis Hyslop of The Forum Company and Carolynne Waterhouse of RMB prefer to call it, a new ‘headline partnership’. Creative Feel, which has been a media partner since the inaugural fair in 2013, spoke to both partners to find out more about the passion and energy behind this exciting new development for RMB Turbine Art Fair. 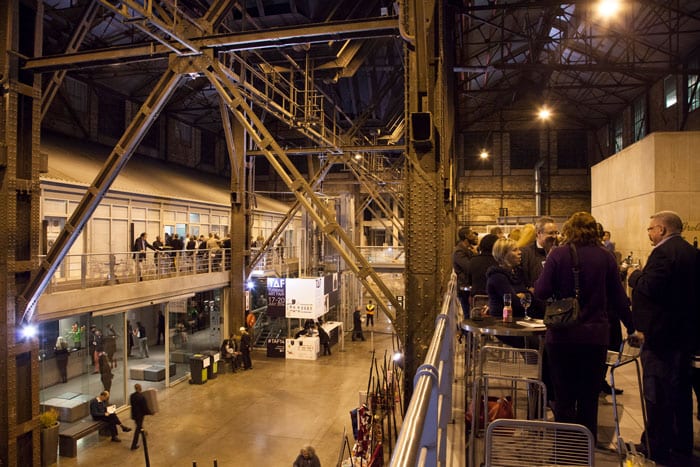 The very first Turbine Art Fair came about in 2013 more or less by chance. Glynis Hyslop, the owner of The Forum Company, which operates several venues including Turbine Hall, remembers: ‘I stopped over in London on my way to America to visit the London Art Fair and thought that The Forum Company could do something similar with art, that would be appreciated and much more accessible. This would also mean that we could buy more art to grow our already robust collection, which lines the walls of all our venues.
‘This was in March 2013, and we held the first Turbine Art Fair in July – a time that made the most practical sense to us, as there are not as many events over the Winter months as at other times of the year. So, we had a venue, the infrastructure and a great idea; nothing was going to stop us and we quickly figured out how we were going to do it,’ Hyslop says.
‘I must admit that I am embarrassed when I think of how modestly the Fair started and proud of what it has now become,’ she continues. ‘As we went along, we focused on continuous improvement and I am confident that the quality of the galleries and their art “showcases” have also developed positively over the years.
‘In the first year, we had 2 000 visitors, it then went up to 4 000 and last year we had 10 500 art enthusiasts through the mighty Turbine doors. While the growth of the Fair is actually constrained by the size of the building due to its heritage status, the history and beauty of this unique venue is in itself a real strength, which adds to the pulling power of the Fair.’

As we went along, we focused on continuous improvement and I am confident that the quality of the galleries and their art ‘showcases’ have also developed positively over the years

Hyslop adds, ‘I think there are two things that distinguish the RMB Turbine Art Fair. Firstly, we have kept the top prices to a maximum, which has gone up this year from R40 000 to R50 000, having started off at R25 000 in 2013. We have always tried to make it more accessible in general, with works from artists who are starting their careers, as well as paper-based and small works by more established artists.
‘At the end of every Fair, we always do a review with the galleries who exhibited and two answers to the many questions we ask are always consistent. Seventy per cent say that the majority of their buyers annually come from the Turbine Art Fair and that the R5 000 to R10 000 range is the most popular, with a few pieces selling for between R30 000 and R40 000 (or now perhaps R 50 000).
‘The second most distinguishing factor is that we have tried to create a relaxed environment and a place where you can learn about art in an appealing and accessible way. We like people to come and spend time here, just to hang out and soak up the creative vibes while they acquire knowledge and ideally – new art!’
And now this year there is the new ‘headline partnership’ with RMB, and what an exciting fit for Turbine Hall. Yes, it will continue in the iconic setting in Newtown, Johannesburg, as Carolynne Waterhouse assures. In fact, the popular downtown location is one of the Fair differentiators that persuaded RMB to partner with The Forum Company. ‘For an event that attracts a diverse audience, Newtown is both appropriate and accessible. We believe that the RMB Turbine Art Fair has a broad reach and many visitors can afford to buy their choice of art. Many Fair-goers aspire to return home with a special piece, to either start or add to their collection of all things creative.’ 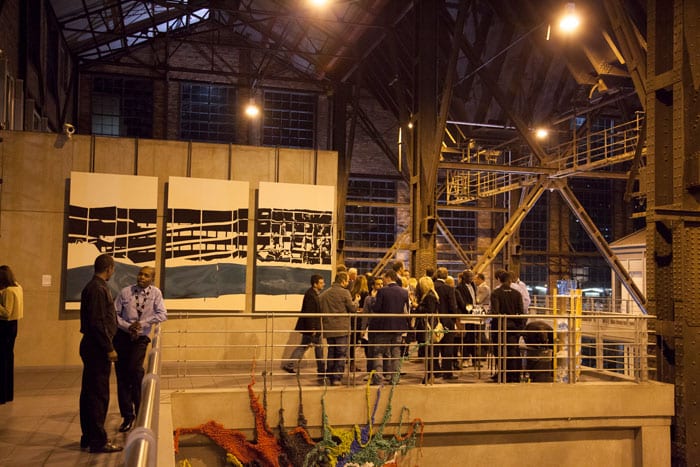 RMB has a long history of supporting the arts and nurturing young talent across South Africa in unique and varied ways. Since 1998, RMB has hosted the much-loved RMB Starlight Classics twice a year, at Vergelegen Wine Estate in Somerset West, and at Country Club Johannesburg respectively. Concert-goers are taken on an Afro-symphonic musical journey, performed by a star-studded line-up of top local artists and musicians. RMB frequently bring back South African artists with international careers to perform for their home audience.
A regular part of the Starlight Classics line-up, the Mzansi Youth Choir provides talented, underprivileged young students access to training and performance opportunities both locally and abroad, alongside their academic studies. RMB has been a proud partner of this organisation since its inception in 2003.
Both partners are excited about the RMB Turbine Art Fair 2018 and will bring their passion, energy and even further possibilities during Thursday 12 July (VIP opening) to Sunday 15 July 2018 to Turbine Hall, Newtown and the cultural precinct of Johannesburg.
As a media partner, in our July issue Creative Feel will report on all the details of the Fair and why the trip across the Nelson Mandela Bridge is such an exciting destination.

To read more about RMBs ‘DIFFERENTLY. THINK.’ bench, sponsorship to internationally acclaimed artist, William Kentridge’s production of The Magic Flute, brand partnership with War Horse, support of Artist Proof Studio, RMB Talent Unlocked and more, purchase our June 2018 issue or help with continued support to the arts and culture sector by subscribing to our monthly magazine.