The Alliance Française of Johannesburg, the French Institute of South Africa (IFAS), and Bassline Live in partnership with the Market Theatre Foundation are proud to announce the 7th edition of the Fête de La Musique – the iconic global celebration of music that annually warms winter calendars in Johannesburg and celebrates the universal language of music!

Officially announced as the 9th of June 2018, the date is highly notable, because for one day Newtown comes alive with festivity – bringing families and friends together for good food, fun activities and above all, free music for the entire day.
With a countrywide application process having been underway for the past two months, 6 stages will now be filled with the best in professional and amateur musicians and bands, all encouraged to perform, entertain, express themselves, and continue generating music for future generations.
In previous years, up to 8 000 people have gathered in the Newtown Junction to be part of the Fête experience – and the numbers are estimated to climb this year with the addition of two new music stages. These 6 open-air stages will offer styles to cater for every taste and genre of music, including certain French and international acts. It is a fun, safe and exciting atmosphere that brings communities together between 11:00 and 19:00. With over 2 000 safe parking bays, restaurants and bars, one can make the most of this free music event.
We are very proud and grateful to announce that once again, Total South Africa is supporting this event. The Fête de la Musique is part of their heritage portfolio which is dedicated to supporting and advancing the cultural and artistic endeavour across multiple disciplines.
Nyameka Makonya, CSI Manager of Total says, “Total South Africa is excited to, once again, be a partner in bringing French and South African culture together at this unique event. As a French business operating in South Africa, it is essential to support events that unify our heritage and demonstrate the opportunities that our commitment and collaboration in the arts creates for all South Africans.”
The full programme is also available on:
Website – www.fetedelamusiquejhb.co.za
Facebook – @fetedelamusiquejhb
Twitter – @JoburgFDLM
Instagram – @fetedelamusiquejhb

The Fête de la Musique was created in 1982 at the initiative of Jack Lang, then French Minister of Culture. The idea of organising a free music evening was made a reality by Maurice Fleuret, Director of Music and Dance who observed that one child out of two in France played a musical instrument.
Originally, the Fête de la Musique (or World Music Day) is a popular and free music event taking place down the streets each year in France on the 21st of June, day of summer solstice, the shortest night of the year in the northern hemisphere. Throughout the country and abroad, jazz, soul, funk, rock, electro, reggae, classical music and many other musical styles are enthusiastically celebrated by amateurs and professional musicians.
Nowadays, the Fête de la Musique has become one of the country’s greatest cultural events and an international phenomenon. It is celebrated in June in no less than 700 cities in the world in 120 countries including South Africa. The Fête de la Musique allows million to discover new musical trends from traditional music to rap, hip-hop, techno, world music, musical carnival and so much more. The Fête de la Musique is celebrated in a cheerful and festive atmosphere by both amateur and professional musicians who perform in the streets, squares, gardens or courtyards for free.
The event gives the opportunity for the major musical institutions to reach out new audiences. The Fête de la Musique makes the art and culture more accessible for all. 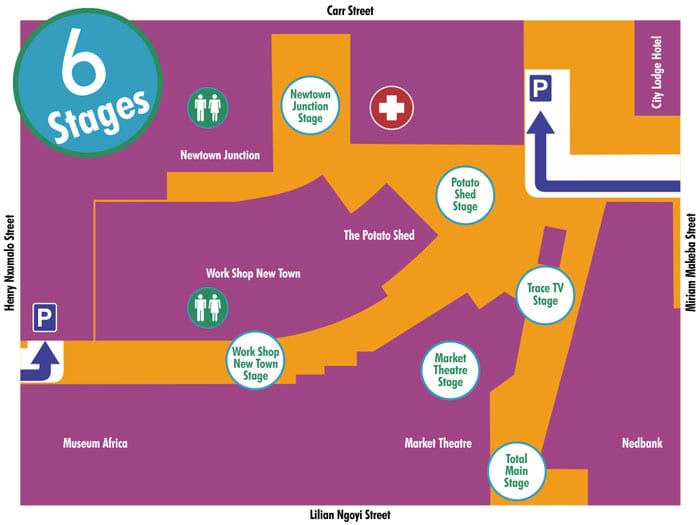 Thanks to the vibrant and global French cultural network, the Fête de la Musique has expanded internationally and continues to grow exponentially. In South Africa, the first Fête de la Musique was inaugurated in 2010 in Richmond Hill, Port Elizabeth. The second one took place the following year at Arts on Main in Johannesburg.
Taking place now in the Newtown historical cultural hub, it drew last year more than 30,000 music lovers in Johannesburg, Port Elizabeth, Pretoria, East London and other cities. The Fête de la Musique is one of the fastest growing festival brand in South Africa, attracting every year more and more people.