The Centre for the Less Good Idea celebrates a third season with a rich festival of interdisciplinary work to be showcased over four days this April.

The Centre for the Less Good Idea is excited to announce that Season 3 will take place from 11 – 14 April 2018. This season features a number of solo and collaborative performance events at multiple locations at the Centre’s base camp in Arts on Main (Maboneng), as well as a special closing performance extending beyond the Centre and into the city at the Drill Hall.
The events in Season 3 have been shaped in a process driven by curators Bhavisha Panchia, Bettina Malcomess and Lindiwe Matshikiza – and some 30 local and international artists within their networks. Working alongside founder William Kentridge and animateur Bronwyn Lace, a focused season of events has emerged.
The Season comprises 2 core programmes- Desert and writing for the ear, writing for the eye – repeating with some variation in performers over 4 evenings. The Season will close on Saturday, 14 April with a free performance by Keleketla! Library at the Drill Hall. 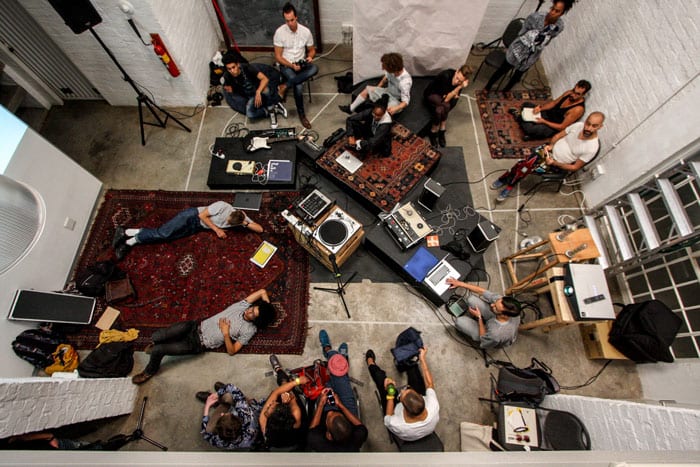 Early adventures with sound, film, live performance, light, installation, projection, animation, architecture and archive. A collectively imagined treatment of a script by Lindiwe Matshikiza, originally written for the stage, now landing somewhere between stage, installation and film. A story of inheritance and the magic of grief. In Loving Memory.
Desert contains extracts of work by John Matshikiza, Harold Courlander’s A Treasury of African Folklore and Filipa Domingues. 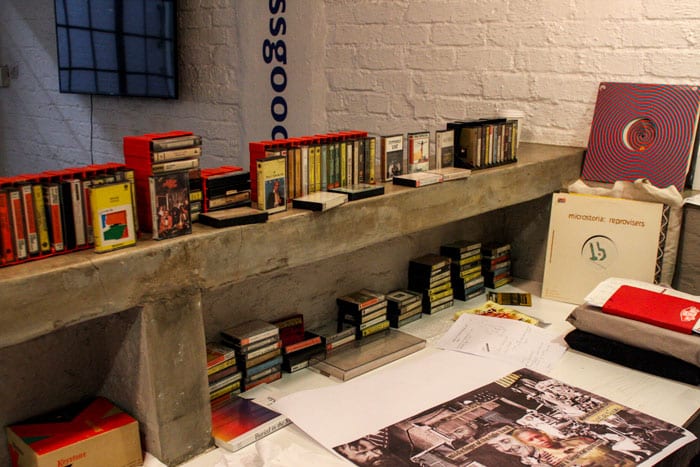 writing for the ear, writing for the eye brings together a group of artistic practitioners, musicians and performers to produce a series of works that focuses on the interplay between sonic, visual and gestural forms. This has resulted in a process driven by improvisation, and acts of listening.  A key element is the construction of a suspended, staging device that becomes an agent and a mechanism that we respond to, and that also determines encounters and conversations between artists. This is a continually transforming and living space in which different practices can co-exist ; here light becomes image, sound becomes space. The project also expands beyond the Centre into the city for a performance by Keleketla! Library at the Drill Hall in Johannesburg.
Curators Bhavisha Panchia and Bettina Malcomess under their respective platforms, Nothing To Commit Records and the Joining Room, worked with Gabrielle Goliath, Danger Gevaar Ingozi (Chad Cordeiro & Nathaniel Sheppard), Simnikiwe Buhlungu, Andrei van Wyk (Healer Oran),  Abri de Swardt, Lebohang Kganye, Dion Monti, Ntsoana Dance Company (Sello Pesa, Humphrey Maleka, Brian Mtembu), Gretchen Blegen and Malose Malahlela. The process has resulted in a series of experimental, intermedial and durational independent and collective works, including an improvised ensemble piece called Missed-time pieces. writing for the eye, writing for the ear stages intimate encounters with multiple pasts and presents as mediated through technologies of transmission and reproduction, from the digital to the analogue.
A detailed performance schedule is available on the bookings page of the site. Audiences are encouraged to attend one or more of the evening’s performances as each one will be unique. 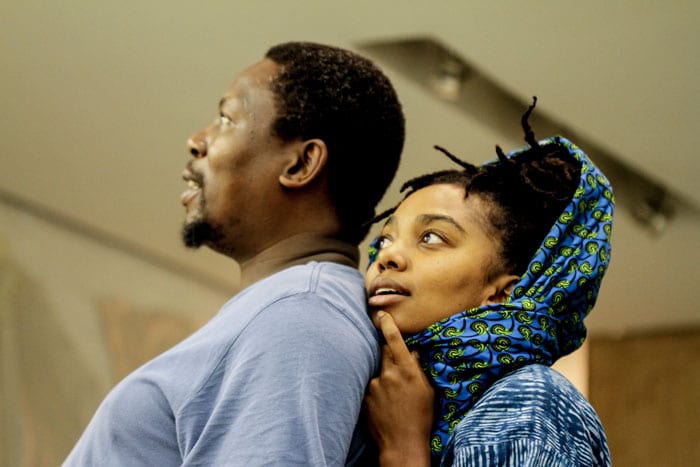 Public Hearing is a performance of memory against erasure and accountability, in which people (rather than property itself) are implicated in issues having to do with land, rent and the asymmetry in how culture is produced, consumed and memorialised in a country such as South Africa.
Public Hearing forms part of Malose Malahlela’s contribution to The Centre for the Less Good Idea Season 3, itself part of Keleketla!’s 10 year reflection, embedded within that process is the need to create transparency and highlight the narrative around the Drill Hall issue in relation to Keleketla!’s exile from the site.
Members of Committee Present: Malose Malahlela (co-founder Keleketla! Library) and Rangoato Hlasane (co-founder Keleketla! Library).  Also Present will be Eric Itzkin (Deputy Director Immovable Heritage), Nicolette Pingo (Johannesburg Development Agency) and Khwezi Gule ( curator-in-chief JAG)

Ticketed events range from R50 to R100. Booking is essential. Due to the nature of the events of the season, capacity is limited and early booking is advised.