A warm evening on a balcony on the 24th floor of one of Santiago’s modern high rise buildings that spread across the city: epitomes of the economic success that make Santiago the powerhouse of Latin America.
The most scenic sunset over the impressive Andes mountain range accompanies our conversation. Another conversation about trauma and reconciliation, about a troubled past that carries its wounds into the present and leaves the Chilean society divided and silenced.

There are four of us, I am with Polish-German writer Artur Becker, Burmese poet and human rights lawyer Di Lu Galay and Chilean philosopher Rodrigo Naranjo. I take it as a good sign that the golden glory of the sun resembles the glitzy mine dumps of my adopted home. Speaking about the mine dumps, it is not a long detour to discussing the tragedy of today’s global injustices. There is one gruesome legacy from their pasts that connect South Africa and Chile: both are among those countries with the highest Gini-coefficient, which measures the economic inequality of countries.
Rodrigo Naranjo is a quiet man, a philosopher and humanist of note who spends his life fighting the dictatorship that swallowed many members of his family and destroyed his former girlfriend’s life in one of their infamous prisons. Beyond his calm surface, his intellect and emotions run amok against the inequality of the globalist and neoliberal economic model that Pinochet imported with his CIA supported coup d’etat in 1973. Chile’s September 11 is a date most wealthy and conservative Chileans fondly remember as the day of restoration. Their very own Blood River. While we are talking, I look down onto the street and imagine the march of thousands of upper-class housewives, beating their empty pots with their cooking spoons to oppose Allende’s socialist agenda. The beats of the wealthy being afraid to lose their power. The beats of the wealthy not wanting to share their assets. However, the power and wealth are still in their hands today.

Rodrigo went into exile in the United States and the experiences of his youth as a muzzled warrior define his work and publications. In one of his most important books, he wrote about the perpetuation of the slave mentality through the course of history.
Descabellado, ¿Qué es Eso? La Dinámica del Cautiverio was published in 2016 and will hopefully be translated into English soon.
Rodrigo grooms a love-hate relationship with his hometown and it is a blessing to conquer Santiago with his stories and memories, to see it through his eyes. His complex personality is intriguing. He can be delightfully cheerful, charmingly sentimental or gloomy and imbued with an ontological pain.
Our workshop in Santiago is my third one in 2017 after those in Yangon and Phnom Penh and my engagement with trauma and historical wounds brings me to the verge of a nervous breakdown. The constant preoccupation with pain and marginalization is desponding my heart of a rabbit. Rodrigo accompanies me to the emergency ward of posh Clinica Alemana while I am suffering a panic attack. And it is our discussion inside the cubicle while waiting for the doctor to arrive that I will always remember. We talk about reconciliation and what this means for us personally. A dear friend brightening up these bleak hours of anxiety.
In a way, Santiago reminds me of the Johannesburg of apartheid times. The suburbs of the poor and those of the rich are neatly separated. While the upper class enjoy their bucolic lifestyle at the foot of the Andes mountain range, the poverty-stricken neighbourhood of El Bosque is set in the bleak plains of Santiago’s vast urban landscape. El Bosque means ‘the forest’, but apart from some mingy trees whose task to embellish the unkempt central square fails, there is nothing green around. Hard-working immigrants, mainly from Colombia and Haiti, try to make a better life for themselves side-by-side with the notorious drug dealers who are destined to kill the futures of the kids of El Bosque before it begins. The distance between these lost souls and the jeunesse doreé in Las Condes is hardly bearable. 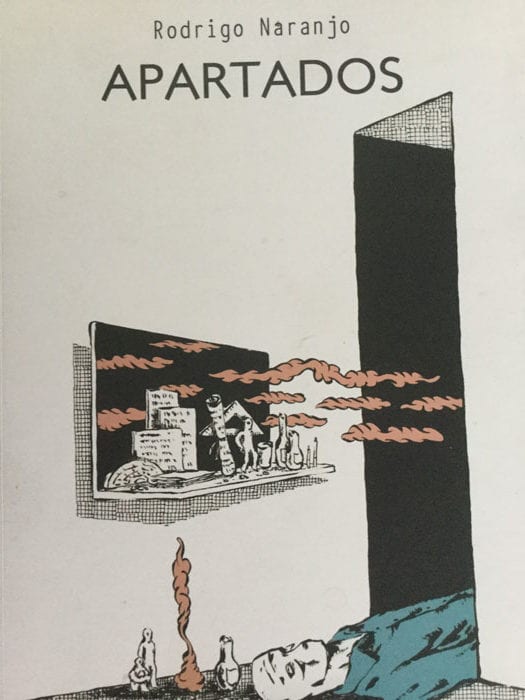 A peculiar tent on an unkempt meadow next to a train line and an untidy but buzzing market catches my attention… It hosts the Mapuche cultural centre, built to preserve their cultural identity and teach their traditions to the next generations… It seems a Herculean task without much of an audience.
Rodrigo knows many Mapuche writers and poets, talks about their desperate struggle to be heard, to be published. But in spite of all his experiences of violence, desolation and alienation, Rodrigo considers himself an optimist.
Does this optimism derive from the legacy of Salvador Allende? Allende’s dream of a just society that he defended with his death in the Moneda, the presidential palace during the days of the coup, is still rooted deeply in half of Chilean society. More than a few art initiatives still celebrate the spirit of this socialist revolution.
We meet the publisher who reopened the famous Quimantú publishing house. La Editora Nacional Quimantú was created in 1971 by Salvador Allende’s government and founded under the premise of offering various literary works and a view of Chilean culture not covered by the ‘official bourgeois tradition’ at an accessible price for the country’s working class. Quimantú means ‘sun of knowledge’ in Mapudungun.
Now it is managed by a group of engaged people, who ‘decided that dreams aren’t of much use if we don’t try to make them a reality’ and there again I perceive the spark of a revolution. A revolution fought by the intellectuals who demand a dialogue about the past, who want to end the silence and see the perpetrators of the Pinochet years brought to real justice.
On the balcony, we ask ourselves the same eternal question: How could one people bring to birth two so dissimilar brothers at the very same time: a socialist and a fascist, a famous poet and an infamous dictator both at the very same time?