He’s walked on water across the river Thames, levitated in front of Christ the Redeemer in Rio de Janeiro and walked down the outside of the L.A times building; he’s predicted the Soccer World Cup outcome and taken a trip on the side of a bus. This global television star, international brand ambassador, author and stage performer, the award-winning magician Dynamo, is in South Africa this week to announce and promote his forthcoming first time ever Seeing is Believing Live SA Tour.

The tour begins at the new Sun Arena at Time Square, Menlyn Maine, Pretoria on Friday, 11 May 2018 at 20:00 followed by two shows on Saturday, 12 May 2018 at 15:00 and 20:00 and one show on Sunday, 13 May 2018 at 15:00. The three Cape Town performances on Friday, 18 May 2018 at 20:00 and Saturday, 19 May 2018 at 15:00 and 20:00 take place at the Grand Arena, GrandWest. Tickets are on sale at Computicket.
Dynamo Live is brought to this country by local promoter Showtime Management by arrangement with Phil McIntyre, CAA and Inner Circle Films, in association with media partners 947 and KFM. “We are excited to welcome Dynamo to South Africa and give his many fans with the opportunity to see his magic skills in what is a spectacular and unique live stage production,” says Showtime’s Tony Feldman.
Dynamo, whose real name is Steven Frayne, is well-known for his multi-award-winning television series Magician Impossible that has seen Dynamo visit 10 countries and astonish thousands of people across the continents, including South Africa. In a short time he established himself as one of the world’s most popular and best-loved magicians, with his series airing in over 180 territories worldwide, reaching over 400 million cumulative viewers globally. He’s the first magician in history to headline the world-famous O2 in London and he was awarded the highest accolade by the magic circle with his promotion to Member of the Inner Magic Circle with Gold Star, a position only held by 300 magicians worldwide, including HRH Prince of Wales. 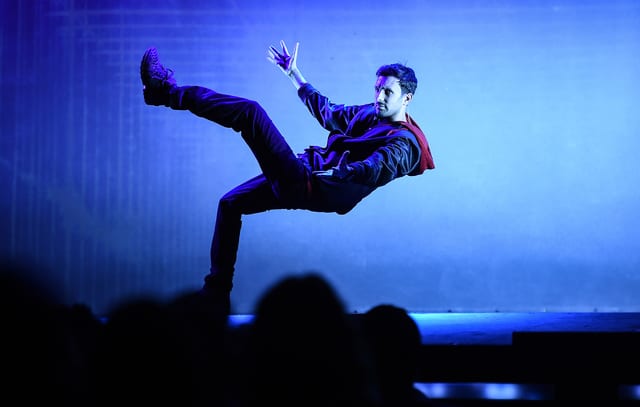 Dynamo said of his stage venture: “After four series of Magician Impossible I was ready for a new challenge and for a long time I wanted to take my show to the stage. Like I did for magic on TV, the live magic show offers fans an entertainment experience never seen before. I can’t wait to amaze South African audiences with what I have in store for them.”
Over the last six years, Dynamo’s ascent from unknown, working class-magician, hailing from the poverty-stricken Delph Hill estate on the outskirts of Bradford, to multi-award-winning global superstar, has been nothing short of miraculous. After the hit television series, Magician Impossible, Dynamo’s Seeing is Believing stage show quickly erupted from a 10-date run into a year-long world tour as Dynamo spread his magic and filled arenas by playing 127 shows with over 600 000 plus tickets sold making it one of the largest scale magic shows in the world.
Dynamo “fever” spread resulting in the highly successful Dynamo UK tour that sold out on 400k tickets and the Australia tour sold out on 100k tickets. Not only has he redefined the shape of modern magic for the millennial generation, much like Blaine in the late 90’s and David Copperfield in the 1980’s; Dynamo’s approach to large-scale illusion (the big stunts are never pre-publicised and use well-known landmarks as their backdrop) has allowed him to connect with young people and re-energise the genre in a way not seen for a generation. 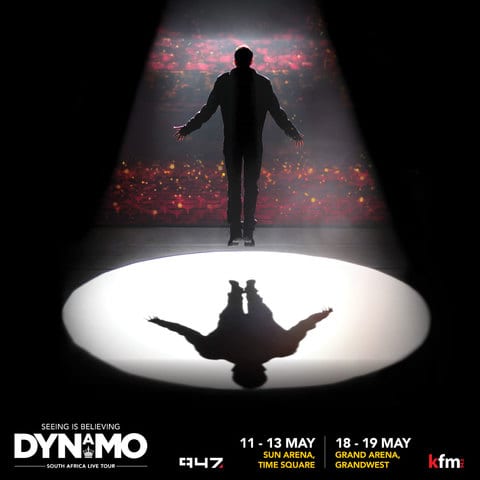 It is this impact that has helped Dynamo transcend the world of magic to become a bona fide pop culture icon, with giants from the worlds of music, film and sport enthralled by his performances. Brad Pitt made a surprise visit to watch Dynamo’s live show with his kids as did fashion icon Kate Moss and artist Damien Hirst. Will Smith called Dynamo’s performance “absolutely astonishing” and Cristiano Ronaldo and Jay-Z have both hired him to perform at private functions.
“I honestly believe people need magic in their lives as it brings a sense of hope and wonder that is often lost in the day to day,” he said in a recent interview. “Everyone needs magic in their lives,” he added. Book your magic now at Computicket. Call 0861 915 8000, visit www.computicket.com or your nearest Computicket service centre. For further information visit www.showtime.co.za or www.dynamomagician.com Stay current on the latest news through social media on Facebook Twitter and YouTube.
Showtime Management by arrangement with Phil McIntyre, CAA and Inner Circle Films present Dynamo Seeing is Believing Live South Africa Tour:
PRETORIA: Sun Arena at Time Square, Menlyn Maine
Friday, 11 May 2018 at 20:00
Saturday, 12 May 2018 at 15:00 and 20:00
Sunday, 13 May 2018 at 15:00
TICKET PRICES: R375, R400, R425, R475, R575, R675
CAPE TOWN: Grand Arena, GrandWest
Friday, 18 May 2018 at 20:00
Saturday, 19 May 2018 at 15:00 and 20:00
TICKET PRICES: R375, R425, R475, R575, R675
BOOKINGS: Computicket by calling 0861 915 8000, visit www.computicket.com or visit your nearest Computicket outlet