West Side Story, a production by Eric Abraham and the Fugard Theatre, exploded onto the Cape Town stage in the winter of 2015, onto the Joburg scene in early 2017 and, due to overwhelming demand, will return to the Artscape Opera House stage for one final season in South Africa.

The grand-scale musical, known globally for an unforgettable score that marries stirring music by Leonard Bernstein and lyrics by Stephen Sondheim, retells William Shakespeare’s tragic and beautiful love story Romeo and Juliet, and is set in New York City’s Upper West Side in the late 1950s. It follows the heartbreaking, short-lived romance between two young and idealistic lovers, Tony and Maria, who are caught between two warring street gangs, the Jets and the Sharks.
West Side Story brings together the same award-winning core creative team behind other superb Fugard Theatre productions like The Rocky Horror Show, Cabaret and Funny Girl. Matthew Wild is director, Charl-Johan Lingenfelder is musical director and conductor, and Louisa Talbot is the choreographer, with Grant van Ster (Calling Me Home, Aunty Merle the Musical) as resident choreographer. With a full orchestra and an outstanding cast of 40, featuring iconic songs such as ‘Something’s Coming’, ‘Maria’, ‘I Feel Pretty’ and ’Tonight’, West Side Story is once again bound to sweep Capetonians off their feet.
The Fugard Theatre’s production has garnered rave reviews from its prior seasons in Cape Town and Johannesburg, some of which include ‘every bit as brilliant as any international production, if not better’ (Daily Maverick), ‘Sets new standards for local grand-scale musicals’ (Die Beeld) and ‘raises the bar for musical theatre internationally’ (Bizcommunity).
This season, West Side Story brings together the best local talent and welcomes an international star to the cast: The exceptional Lynelle Kenned (Orpheus in Africa, Blood Brothers, Showboat) will reprise the role of Maria for which she won the Fleur du Cap for Best Actress in a Musical in 2016. Tony, will be played by US-born actor Kevin Hack, who has performed the role almost 400 times and recently completed the international tour playing the role in the 60th-anniversary international tour of Michael Brenner’s production of West Side Story. His other hit show credits include Les Misérables, Sweeney Todd, Catch Me If You Can: The Musical and The Civil War. 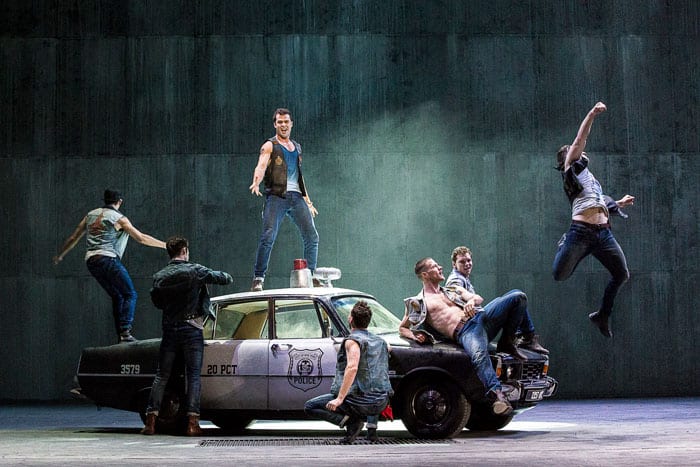