To commemorate 40 years since the death of Italian artist Luigi Sarro, the Istituto Italiano di Cultura in Pretoria in collaboration with the Documentation Center for Contemporary Art Research Luigi Di Sarro – Study Centre, Exhibition Space and Archives, active in Rome since 1981 and dedicated to the artist, presents the exhibition Luigi Di Sarro – World Disclosure at the Edoardo Villa Gallery, University of Pretoria Museums, from 1 March to 18 May 2018, with the intention to make his multiform artistic production, still considered very relevant today, better known internationally. 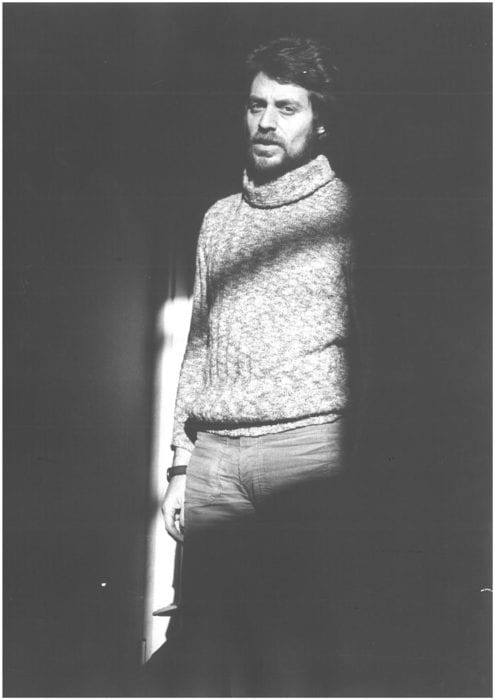 The exhibition, composed of eight original sculptures accompanied by twelve giant photos reproducing original drawings, is curated by Prof. Paola Ballesi (Professor of Aesthetics, former director of the Academy Of Fine Arts of Macerata), who personally met the artist and wrote about his work. The display intends to focus on the cultural revolution that ripened in the 1960s, thanks to the fertile soil that was tilled by the neo avant-garde, where the radicalism of new artistic trends, from music to theatre, to dance and cinema, to the figurative arts, made the revolution of scientific and aesthetic paradigms, that opened a new and different vision of the world and things, tangible on a global level.
An unexplored horizon in which the figure of Luigi Di Sarro stands out as an excellent interpreter of an era that entrusted the project of a radical change of meaning through the language of art and the distortion of traditional visual codes to the experimentation of ‘utopian artists’ aimed at a renewed close connection between art and life both from a social and individual point of view, with political and existential reflections.
And it is this profound art-life bond, that is present in the work and poetics of Luigi Di Sarro, which opens a fertile occasion to dialogue with the work of Edoardo Villa, the sculptor from Bergamo-Italy, but of African adoption, to whom the Gallery at the University of Pretoria, which collects and preserves many of his masterpieces, was dedicated. Through a comparison for spatial contiguity, an intimate conversation between the two authors is therefore encouraged, with the awareness that from such a happy encounter their works can be enriched with a variety of different and unusual aesthetic shades. Indeed, if the works of Edoardo Villa refer to avant-garde training, which has as its specific character the abstraction of the classic forms of volumes that collect or articulate the space in the fullness of the closed and refined form, on the contrary, the open and moving forms of the works of Luigi Di Sarro are stretching across the threshold where the space of void opens in its infinite fluctuating possibilities, masterfully captured by subtle lines that originate from the artist’s hand to draw and capture the world.

To further promote the knowledge of this extraordinary Italian artist, two original prints by Luigi Di Sarro will be donated to the University of Pretoria Museums.
Luigi Di Sarro, born in 1941, showed a marked artistic inclination from a young age. In 1956, while still at high school in Rome, he started attending the copperplate engraving workshop of Carlo Alberto Petrucci and the National Chalcography. In 1958, he attended Accademia Libera del Nudo and in 1959, the Drawing Course at Accademia di Francia. After his classical studies, he cultivated a parallel interest in art and science. In 1967, he obtained a degree in Medicine and Surgery from the University of Rome, where he obtained his diploma in 1972. In 1973, he enrolled in the third year of the Faculty of Mathematics and Physics at the University of Rome, attending various courses, including Abstract Algebra held by Lucio Lombardo Radice. He took a teacher’s diploma in Artistic Anatomy and later in Pictorial Disciplines and began teaching at the second Arts High School in Rome. In 1974, he started teaching at Accademia di Belle Arti in Macerata, and in 1978 obtained a post teaching Artistic Anatomy at Accademia di Belle Arti in Rome.
In 1978, he dedicated his time to adding to the equipment of his art studio in his house at Lago di Vico (where he decided to establish a school of experimental art), and opened his studio at Via Paolo Emilio 28, Rome, to the public. He called it ‘MICRON/Studio d’Arte Sperimentale/Foto-Sign-Movement-Sound’ (as it states on the plaque which highlights the studio’s aims).

His travels contributed greatly to his education. An excellent knowledge of the German language and literature led him to choose Germany for his first trip in 1960. He perfected his English at the American Academy of Rome and after numerous trips to Germany, Austria, France, England, Tunisia and Egypt, he travelled to the United States in 1971 and attended the Art Students League of Manhattan in New York, perfecting his lithographic technique. In 1975, he went to Japan for a study-trip to Tokyo. Here he carried out a number of silk-screen prints with the technical collaboration of Shigheo Yamaguchi and, on the medical side, deepened his knowledge of acupuncture. He held his first personal exhibition in Rome in 1968, but began to take part in important exhibitions in 1956.
His informed and solitary research became more intense during the 1960s and 1970s. He was a keen experimenter, and in addition to drawing (which he did every day), painting, engraving, sculpture and photography, he also explored the world of sound, performance and more besides. He died tragically in Rome on 24 February 1979 – due to a fatal mistake in the climate of Italy’s wave of terrorism and the enactment of the Reale Law – leaving a vast artistic production, some works already in museum collections both in Italy and abroad, as well as projects, notes, aphorisms and poetry. In 1981, the ‘Luigi Di Sarro Documentation Centre for Contemporary Artistic Research’ was opened in Rome.