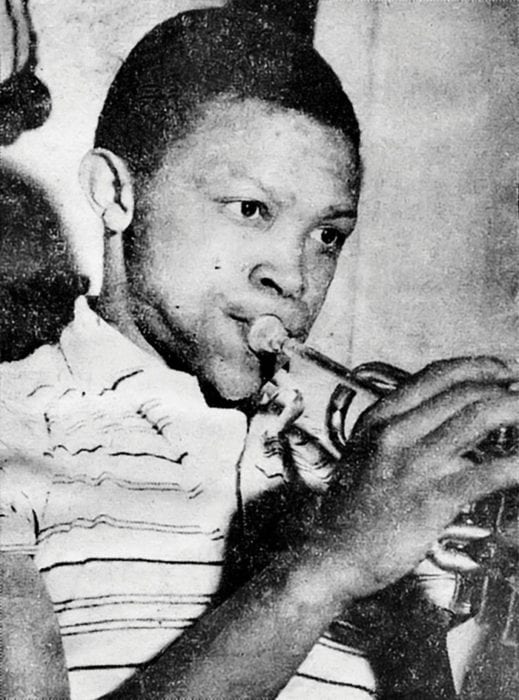 An object can have the power to transform lives!
The trumpet given to a young Hugh Masekela by Louis Armstrong, a gift Father Trevor Huddleston had been instrumental in securing, did just that.
In 1954, Father Trevor Huddleston bought a second-hand trumpet for a 14-year-old Masekela who attended St. Peter’s Secondary School. With Jonas Gwangwa on trombone, and other youth, Masekela and Gwangwa formed the Huddleston Jazz Band.
In 1955 after Huddleston was exiled from South Africa he travelled to the US where he met Louis Armstrong and told him about ‘his’ band. Armstrong then donated a new trumpet for the young Hugh Masekela. This was just the beginning of what would become a legendary career that saw Masekela release 49 albums, win 2 Grammy Awards and receive 7 Grammy Award nominations.