Easter Sunday is one of the most festive events among Christians worldwide. It commemorates Jesus Christ’s resurrection from death as written in the Christian bible. “Manger to Cross” is a religious musical version of John Witty’s, whose scores edition was published between 1908 and 1922 and held at 5 libraries worldwide.

The “Manger to Cross Musical” Extravaganza will be performed by Thuthukani Music Conservatoire Orchestra in collaboration with Holy Cross Anglican Church and will be held at Holy Cross Anglican Church on Sunday 25 March 2018.
This religious musical tells the life of Jesus through music, depicting the various stages of His life from the prophesy of Christ’s coming, His birth, ministry and His death. Popular and relevant religious songs that are sung during Easter Weekend will be performed by Angelic voices and sweet melodies of the choirs accompanied by thunderous but harmonious 20-piece Orchestra.
Thuthukani Music Conservatoire who are also former members of the Soweto Symphony Orchestra, have been involved in teaching the reading and playing of musical instruments in the township for over 30 years and have produced some of the great musicians including some highly skilled musicians who are now employed in the country’s Military Band, SA Navy and other renowned Jazz Bands.
TMC have successfully showcased their work and talent in many communities locally and beyond and have supported many community choirs, church choirs and school choirs by providing orchestral accompaniment to enhance their performances and to raise funds by staging concerts. 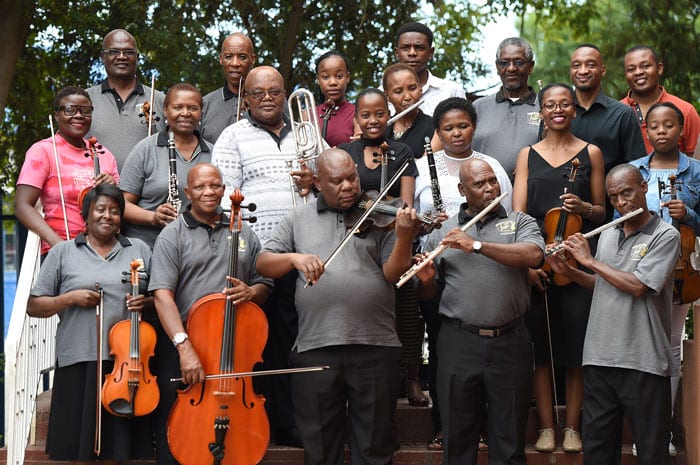 Seasoned concerts were highly supported in Soweto before 1976 but after the June 16 uprising, concerts attendance died. TMC successfully revived concert attendance from 2012 by presenting events like Christmas Carols in Mofolo Park Art Centre during the festive season, “Manger to Cross” just to mention a few. These have now been established as annual events.
“Our operations take place at Mofolo Bowl in Soweto, we have 15 educators who specialise in different music instruments and are also Orchestral players” explained Lindy Makubalo, one of the founder members and teacher at Thuthukani.
“We have three sections of teaching in the Conservatoire and they are; music classes for young students between the ages of 6 to 18 years, at this class we teach Theory of Music from grade 1 to 8. Advanced students are entered into Music Exams with the London Royal School of Music and Unisa, we also conduct our own internal assessment.
Instruments that are taught include violins, viola, cello, bass, flute, clarinets, trombone, trumpets and saxophone,” she further explained.
“We then have small ensembles, these are groups that have already mastered their instruments and now form quintets, quartets, duets and solo’s. They meet on Thursdays, those who are still at school come in the afternoon, these students are ready for performances whenever the need arises,” says Mam’ Lindy – as she is passionately called by her students. 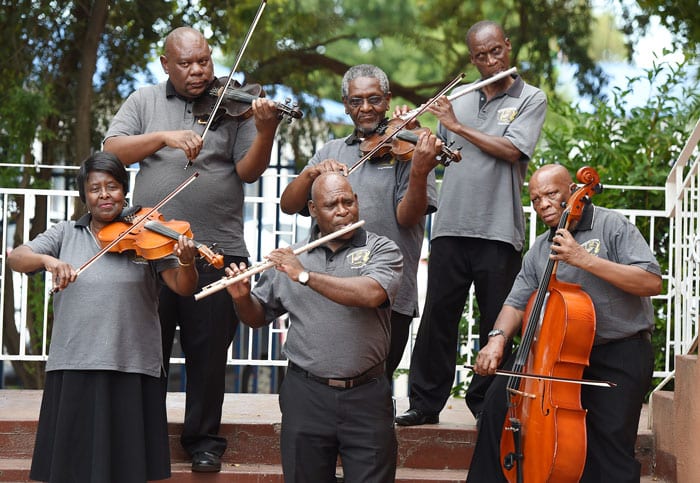 “We then have the Orchestra which comprises about 20 permanent musicians, we all meet on Sundays from 11:00 to 14:00 for a full rehearsal and where all concerts are prepared. So far the Orchestra has 4 major concerts per year – the Easter Concert mainly doing J.S. Witty’s “Manger to Cross”,  June Celebrations with youth Choirs, Heritage Concert mostly showcasing our young emerging talent. Some talented students perform their own compositions and the Christmas Carols – these are performed on the first Sunday of December every year. They take place at Mofolo Park or Mofolo Art Centre Hall, Soweto depending on the weather. These Concerts are very popular in the Soweto and Kagiso Communities” concluded Makubalo.
Most of the parents cannot afford to pay fees for tuition and most of them cannot afford to buy instruments so Thuthukani loans them to the students from the money they raise through concerts.
Thuthukani has been receiving R35 000 worth of funding annually from SAMRO, however the funding is not enough to meet the number of students that enroll every year. The challenge is always the need to repair the existing musical instruments and to buy more to cover the number of students that they have.
This year Thuthukani Conservetoire were blessed to receive funding for “Manger to Cross” from the National Lotteries Commission.
Doors for the “Manger to Cross” musical event open on Sunday 25 of March at the Holy Cross Anglican at 14:00, entrance fee is R100, tickets are available at the door. The programme will also be sold at the door for R100.