In the early 2000s, a family’s car was hijacked in a town just outside Johannesburg. Sadly, in South Africa, this is not an unusual enough event to attract much attention. But this particular family, the Zaaimans, decided to take action – not to track down and punish the perpetrators, but to do something about the societal factors that drove them to commit the crime in the first place. 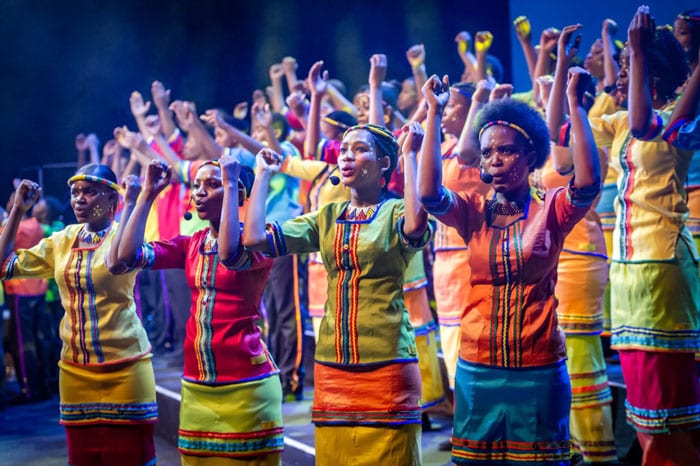 ‘The boys who hijacked us were barely old enough to be driving,’ recalls Jannie Zaaiman, who was in the car with his wife, Marina, and two of their children when the event took place. ‘We tried to imagine the circumstances that could have led them to this point and decided we needed to make a positive difference. Surely there was some way we could help to influence the lives of young people growing up in our townships in a good way.’
And so the Zaaimans started a choir. Small at first, and funded from their own pockets, the Mzansi Youth Choir grew in size and reputation over the years, attracting heavyweight partners such as Avbob, the National Lottery, Rand Merchant Bank, and a host of others.
The choir recently received a standing ovation at the Royal Albert Hall for its performance of ‘Say Africa’ as part of the International Youth Choir Festival. The choristers even snuck in an impromptu performance outside the gates of Buckingham Palace!
‘The Mzansi Youth Choir, which had its roots in trauma, has grown into a sensational South African success story,’ says Carolynne Waterhouse of Rand Merchant Bank, which has been a staunch supporter of the choir for more than six years. ‘The choir has performed all around the world and we’re delighted that they will be performing at RMB Starlight Classics again in 2018.’ 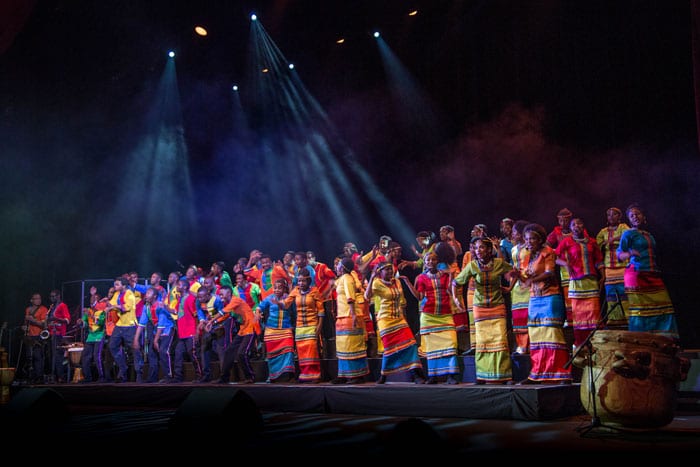 RMB’s support for the arts in South Africa is legendary, from its involvement in arts education across all creative sectors, to the annual staging of Starlight Classics. They call it ‘partnering the creative economy’.
‘The Mzansi Youth Choir is particularly close to our hearts as it’s about so much more than the art of performing,’ says Waterhouse. ‘It’s about adding meaning to people’s lives. It gives the choristers, as well as their families and communities, a sense of dignity and purpose; something to be proud of. It has the power to transform lives.’
The magic of this particular choir – and the secret sauce that has kept it going for so many years – is its constantly evolving vision.
‘Circumstances change all the time,’ says the choir’s co-founder, Jannie Zaaiman. ‘As an example, funding is always an issue for us as it can be inconsistent. It’s difficult to make plans without knowing how much money is in the kitty. It costs between 1.5 and 2 million rand per year to keep the choir going and we rely purely on donors and sponsors for financial support. Having long-term partners on board such as RMB, Avbob and the National Lotteries Commission, is a huge load off our shoulders. These organisations keep the choir ticking over. 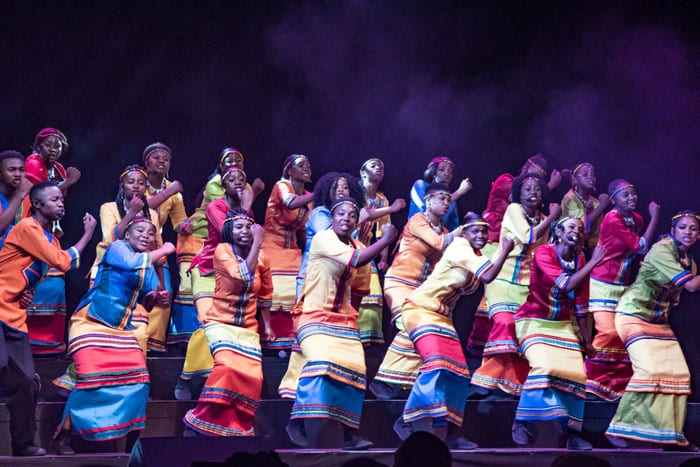 ‘When it comes to longer-term projects, such as our ambitious vision to construct a R28 million music centre in Soweto, we would have to look to donors and crowd-funding both in South Africa and internationally.’
The planned centre will incorporate a 500-seater amphitheatre, 150-seater raked indoor auditorium and flat floor rehearsal/dance studios.
Says Zaaiman, ‘This will open many doors and give us a permanent home in the heart of Soweto, which is where our choristers live.’
For newly appointed choir director James Bassingthwaighte, the connection with Soweto is well worth celebrating.
‘All the choristers are from Soweto, which is a unique identifier,’ he says. ‘It is one of the things they have in common, and it’s a focus point in the work we do behind the scenes.
‘So many legendary performers are from Soweto – Brenda Fassie, Hugh Masekela and Lebo M, to name but a few. These are South African icons who were born and raised “just down the road”. Our message to the choristers is “if they can do it, so can you”. This message really hits home and sparks an incredible sense of ownership. You can see it in their eyes. It’s truly magical. Their potential shines through more and more with every rehearsal. The future is truly bright for these singing stars.’