On Monday 12 February, Manfred Eicher was made an Honorary Fellow of the Royal Academy of Music in London, a rare distinction for a recording producer.

Jonathan Freeman-Attwood, Principal of the Royal Academy, introduced Manfred Eicher as follows:
‘Under the terms of its Royal Charter of 1830, the Academy has the power to confer honours on distinguished musicians. The roll call of honorands reads like a musical directory of the last two centuries, including Mendelssohn, Liszt, Stravinsky, Casals, and – from our own era – Sir Simon Rattle, Placido Domingo, Martha Argerich and Sir Harrison Birtwistle. Honorary Fellowship of the Academy is limited to 100 distinguished individuals who have rendered signal service to the music profession.
‘I have great pleasure in presenting Manfred Eicher, who is to receive Honorary Fellowship of the Royal Academy of Music.
‘In the history of recorded music there have been very few producers who names alone immediately conjure up a particular aesthetic and sound. Manfred Eicher is one of this select company. Just as remarkably, he has personally produced the vast majority of the more than 1500 albums released by his own label, the ‘Edition of Contemporary Music’ or ECM.
‘Manfred studied classical double bass at the Academy of Music in Berlin, and in the 1960s he performed and recorded as a jazz bassist. In 1969 he started on his path as a producer with the foundation of ECM and the release of its first album: Free at Last by pianist Mal Waldron. In the 1970s his recordings quickly established the label’s reputation for outstanding audio quality, carefully considered programming and a highly original vision of the ways in which design, typography, photography and original artwork could contribute to an integrated aesthetic experience for the listener. 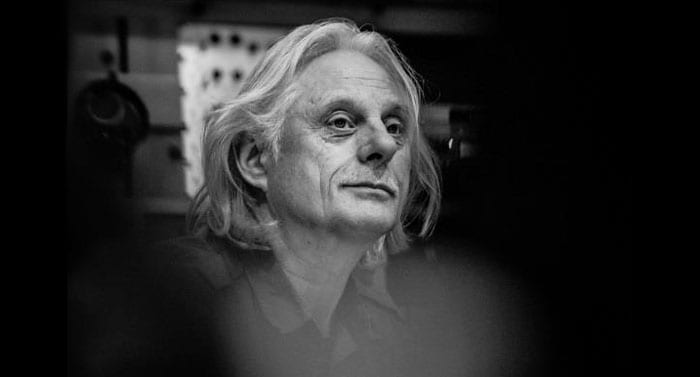 ‘ECM’s output in the 1970s and 1980s included many of the most celebrated jazz recordings of the period, featuring artists such as Keith Jarrett, Pat Metheny, Chick Corea, Dave Holland, Jan Garbarek and the Art Ensemble of Chicago. It wasn’t long before recognition came from the influential Downbeat magazine, with the first of many awards for Manfred as ‘Producer of the Year’ in 1976 and the accolade ‘Label of the Year’ for ECM in 1980. With ECM’s jazz credentials firmly established, Manfred introduced the ‘New Series’ in 1984, dedicated largely to notated music, beginning with the release of Arvo Pärt’s Tabula Rasa.
‘Manfred has never felt constrained by notions of style and genre, or by conventional concepts of the mainstream and the peripheral. His advocacy of jazz musicians from Scandinavia as well as classical composers from former Soviet Bloc countries has revealed to us a panoply of remarkably original composers and performers whose music has enriched all our lives.
‘Manfred has also consistently championed the work of musicians here in the UK, including many current and former teachers, alumni, visiting professors and close friends of the Royal Academy of Music, some of whom are with us tonight. Through their ECM recordings Manfred has provided a creative outlet and wide exposure for musicians such as Norma Winstone, John Surman, John Taylor, Kenny Wheeler, Evan Parker, the Hilliard Ensemble, and more recently pianists Django Bates and Kit Downes.
‘In addition to his many awards for his work as a producer, he has also been recognised in a wider sphere, including the award of the German Federal Cross of Merit in 2007 and the Cultural Prize of the Bayerische Landesstiftung in 2013. In 2012 the French Minister of Culture made Manfred a Chevalier de l’Ordre des Arts et de Lettres.
‘With the imminent arrival of the fiftieth anniversary of ECM in 2019, it is an appropriate moment for us to acknowledge his extraordinary contributions to the cultural life of our time.
‘I have great pleasure in presenting Manfred Eicher to receive Honorary Fellowship of the Royal Academy of Music.’