After record-breaking runs in New York, London and Asia, The Illusionists Direct from Broadway will be in South Africa for the first time ever, opening at GrandWest on 7 February for a limited season ending on 11 February 2018. The show then moves to Montecasino’s Teatro from Valentine’s Day to 11 March 2018. The show is packed with thrilling and sophisticated magic of unprecedented proportions, showcasing the jaw-dropping talents of eight of the most incredible illusionists. Creative Feel spoke to Jinger Leigh, The Conjuress, one half of the duo Kalin & Jinger. 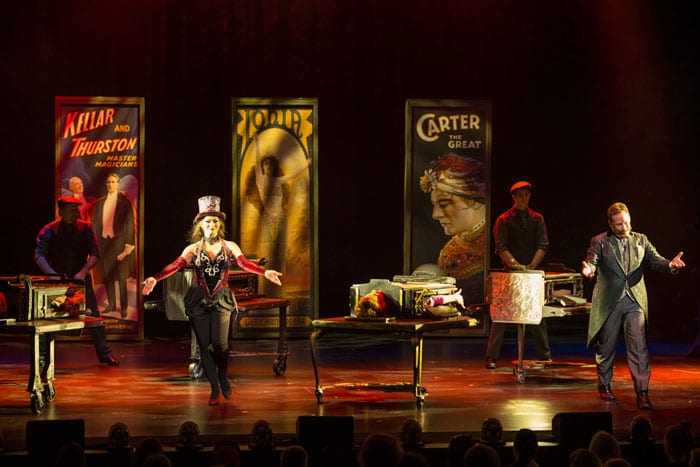 In addition to Kalin & Jinger, South African audiences can expect to see the talents of award-winning New York comedian, Harrison Greenbaum, The Trickster; the magical illusions of Krendl, The Escapist; America’s foremost master of the crossbow, Ben Blaque, The Weapon Master; the card trickery of Korean-born Den Den, The Manipulator; Chris Cox, The Mentalist – a mind reader who can’t read minds; Darcy Oakes, The Grand Illusionist who will transport audiences with his charm, sleight of hand and logic-defying illusions.
Kalin & Jinger is made up of husband and wife Mark Kalin and Jinger Leigh. Kalin, The Showman, who has previously performed in Sun City, is one of the most influential magicians of the last decade, bringing his amazing illusions to the stage and on television shows as well as his own experimental theatre in Reno Nevada. As a young man, Kalin’s speciality was sleight-of-hand magic, but he later expanded his act, with Jinger Leigh, The Conjuress, to include tigers, panthers and sensational, split-second marvels. Together they presented the largest stage illusion of all time: vanishing an American Airlines jumbo jet at the Reno Hilton. A modern sorceress in a very ancient art, Jinger Leigh’s unique blend of elegance and theatricality has redefined the role of the magician. Working together as Kalin & Jinger, the duo has developed a reputation for their mix of innovative illusions and their distinctive, modern style. They were awarded Magicians of the Year from the Academy of Magical Arts (The Magic Castle), the highest honour in magic, recognising their unique achievements and charismatic performances.

Leigh began her professional career as a dancer at just 14. She was one of the ‘Young Americans’, toured for companies like Disney and Fuji Television, and starred in Southern California dinner theatre productions. It was while working as a dancer in Guam that Leigh first met Kalin. The results were magical, in every sense of the word, combining the arts of dance and illusion.
The opening night of the Montecasino Teatro show – 14 February – marks 25 years since Kalin and Leigh got engaged. And despite it being a silver anniversary, Leigh says that magic is going through another golden age. ‘There is a resurgence of innovation and numerous magic outlets for entertainers, paired with a heightened interest from audiences! Magic has a wide appeal for all ages and I think people are rediscovering what they personally get out of experiencing it live.’
Having worked together for so long, Leigh says, ‘the rate at which we create new magic these days has definitely accelerated.’ Despite this, she says, ‘even some of our classic material will always remain “works in progress”, no matter how many performances. Magic for us has always been a challenging art to learn from. But the most important variable that makes things fresh for us are the new audiences and the interactive happenings that occur with different outcomes based on the nature of a live show. In particular, Mark and I perform two routines together with guests from the crowd that are our favourites because people are unpredictable and keep us on our toes.’ 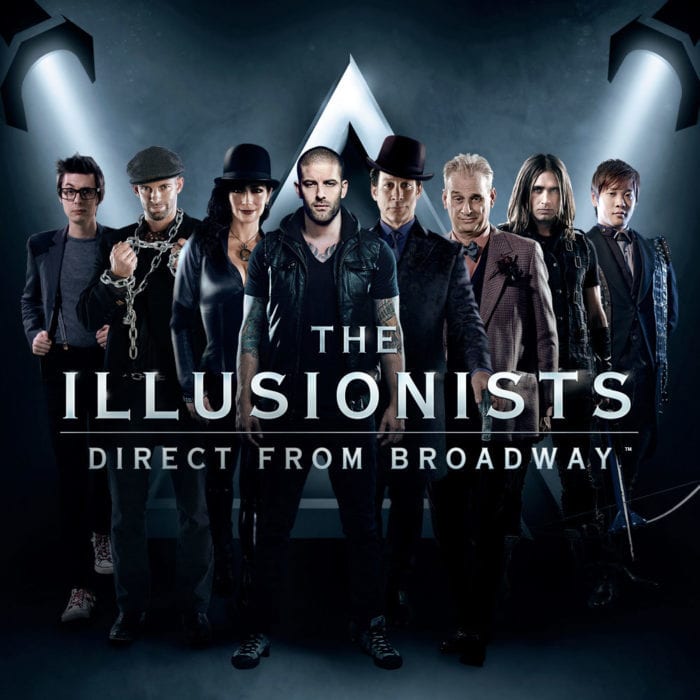 Psychology, she says, plays a huge role in putting together a thrilling act. ‘It’s what fascinates me the most. The best magic is one that touches you and makes someone feel emotionally but you have to know how one thinks in order to get to how they feel – that’s just my theory.
‘I think comedy is just as important, because that’s an emotional sense that you feel as well. Laughter is organic and involuntary, and that’s what makes it real! Sharing those #realmagicmoments is what Kalin & Jinger are all about.’
Bringing The Illusionists Direct from Broadway to South Africa is something Leigh is excited about – ‘it was one of Mark’s favourite places to visit and I’ve had to hear about it for the past 25 years so I’m beyond excited to share in the South African magic!
‘The Illusionists Direct from Broadway is by far the best collaborative production presented today. The best talent, performing cutting-edge magic to the highest quality level. South African audiences hopefully will be blown away!’
To book for The Illusionists Direct from Broadway, visit www.computicket.com or call 0861 915 8000.