In the spirit of ‘Knights of Theatre’, Pieter Toerien – South Africa’s top theatre producer – alongside Alan Committie – comedian, actor, director and producer and legendary entertainer – and show and “African Footprint” producer, Richard Loring, have joined arms to present a special fundraising performance entitled “STARS for a STAR” with Alan Committie and friends on Monday, 12 February at Pieter Toerien’s Theatre at Montecasino.

This one night only show is to raise funds for ongoing weekly therapy for actor/writer Robert Fridjhon who at the young age of 48 suffered a severe stroke last August. Like most in the entertainment industry, with no medical aid, Robert has had to rely on family and friends to assist in reducing the R600,000 medical debt already incurred. On 7 September fellow thespians generously banded together to present a fundraiser at Daphne Kuhn’s Theatre on the Square and through determination and daily discipline Robert’s recovery has been remarkable but still unable to work, Robert’s ongoing therapy is critical to his full recovery.
To support one of their own, using their talents and resources, the ‘Knights’ have produced an exceptional night of entertainment on Monday 12 February 2018.
Alan Committie’s show – “Planet Mirth” – which received five-star reviews in Cape Town and opened on 19 January at Pieter Toerien’s Theatre at Montecasino, has been adapted to add value to the fundraising evening, and includes the introduction of top SA stars into the programme. The line-up of stars includes Carly Graeme, acclaimed vocalist with leading roles in major musicals who last year performed in ‘Calling Me Home’; Isabella Jane, a newcomer to the theatre scene who received acclaim for her recent role as the mistress in Evita and equally for her ventriloquist skills with her puppet, Rosie; Germandt Geldenhuys, leading Afrikaans actor on Binnelanders, who has the gift of an incredible commercial opera voice; and YAEL, the exceptional crossover talent whose album ‘Fly Away’ perfectly captures her crystal clear, powerful and classically trained voice. 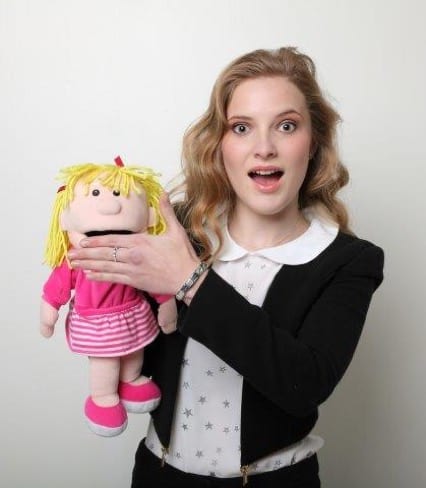 With prizes to be won, an auction in the foyer after the show, and wine and beverage donated by Robert’s uncle, internationally acclaimed wine expert Michael Fridjhon, the evening promises to deliver the richest form of fun and benevolence.
To boost interest and sales, Theatre Benevolent Fund board member Richard Loring has purchased a block of 100 seats for friends and business colleagues. To book from his pre-booked allocation speak with Geraldine on 011 511-1988 for prime seats, for this charitable evening of SONG and LAUGHTER.
SHOW: “STARS for a STAR” with Alan Committie and friends
RUN: One night only
DATE: Monday, 12 February 2018
TIME: 19h30 (no interval)
TICKET: R200 (no complimentary or discount tickets)
SALES: Computicket & Pieter Toerien Box Office: 011 511-1988.
Phantom Seat
Friends and Pieter Toerien theatre patrons who wish to support but cannot attend will have their donation placed in the Robert Fridjhon fundraiser account. Contact: Theatre Box Office Geraldine, Daryl or Floyd: 011 511 1988. Patron’s donations will be acknowledged from their seat/s purchase and their names and numbers placed in the lucky draw bowl for a fabulous prize/s.