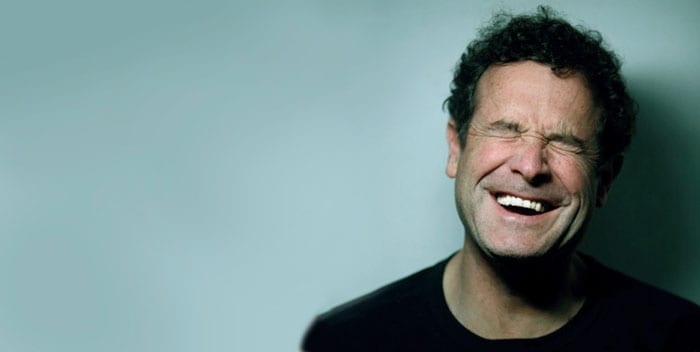 King Of Time bears the fingerprints of all those who had a hand in its production. Johnny Clegg’s signature ‘hybrid brand of crossover music’ blends with the ‘young’ sound of renowned producers Denholm Harding (of Just Jinjer fame) and John Paul De Stefani of B# Studios in Johannesburg to create an infectious pop album with an ‘African flavour to it’. The album is unusual in that it consists of seven singles that are internally coherent on their own, rather than having a cohesive sound, which Clegg says was a new way of writing for him.
The second track, ‘I’ve Been Looking’ is written by and performed with Jesse Clegg – the first time the father and son have collaborated. The two singer/songwriters have kept their careers very separate thus far in order to give Jesse the space to develop his own sound and voice, without being overshadowed by his father or being expected to sing in Zulu. When Johnny was diagnosed with pancreatic cancer in 2015 and announced his last tour, Jesse told his father that he had written this song and would like to record it as a duet. ‘And I said, “Wow, what an honor.” It’s quite a bitter sweet thing,’ says Clegg. ‘He supported me in Canada and America now when we did the “Final Journey Tour” there. You know, for me, I feel like I could do this forever, but I know I have a very limited window here.’ 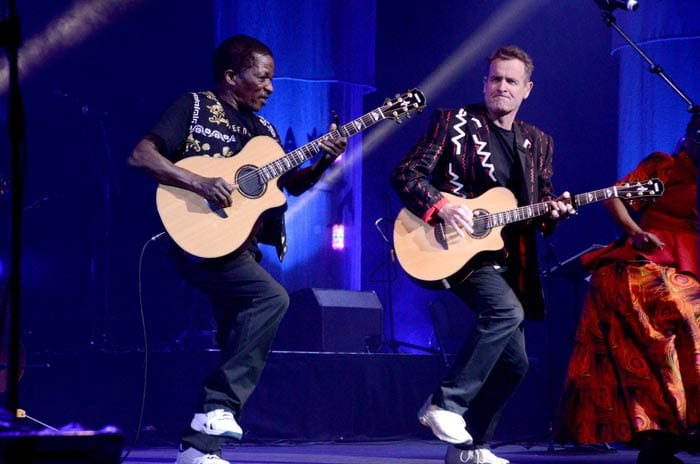 Clegg’s younger son, Jaron has also collaborated with his father. In 2016, the Vancouver Film School graduate directed the music video for the High Society Remix of Johnny Clegg and Savuka’s ‘Take My Heart Away’. He is now working on the music video for the first single off the album, ‘King of Time’.
Further collaborations for King of Time include backing vocals by Grammy Award-winning Beninese singer-songwriter and activist, Angélique Kidjo, on the political track ‘Colour of My Skin’. ‘OceanEarth’ was written for an animated documentary about the pacific vortex. ‘The documentary never happened, but the song did,’ says Clegg. ‘That’s happened to me once before, with “December African Rain”.’ Clegg was asked to write the song for a movie that unfortunately ran out of budget mid-shoot. Released on Johnny Clegg and Juluka’s 1983 album Work For All, the song quickly became a hit –perhaps history will repeat itself with ‘OceanEarth’.

The album is unusual in that it consists of seven singles that are internally coherent on their own, rather than having a cohesive sound, which Clegg says was a new way of writing for him. 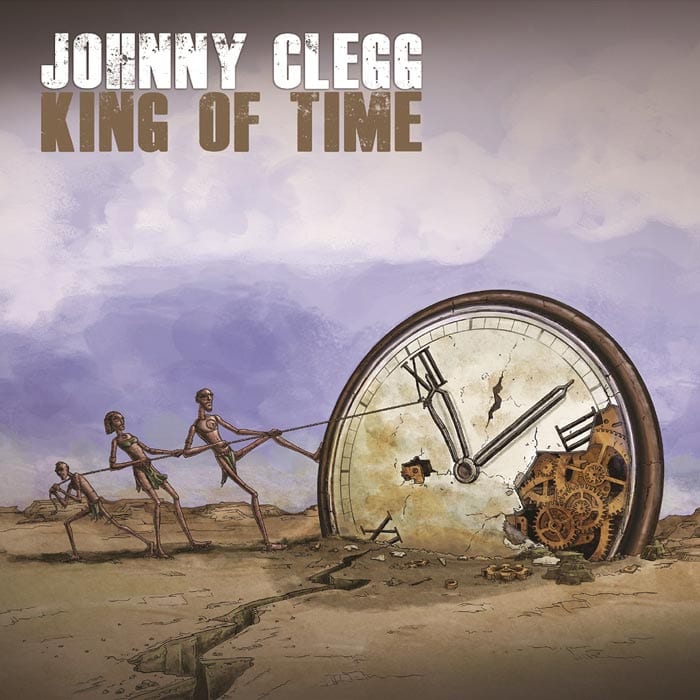 The cover art for King of Time was created via a ‘virtual relationship’, with Clegg never having met the designer. Starting with real human figures, the cover developed, via WhatsApp messages, into the more surreal style that takes its cues from Salvador Dalí.
The Final Journey tour, a ‘goodbye to my public audience who supported me over the years’ has been quite emotional. From Canada and America, to London, the UAE and South Africa, fans have come in hordes to celebrate Clegg’s music. ‘It’s amazing to me. Reading the comments on the Johnny Clegg Facebook page, people have been really deeply affected. They’ve never been to South Africa, they’ve never seen the country, they don’t speak Zulu, but the music has given them a deep sense of something personal in their own journey and moved them and they feel connected with what I’m doing. That’s a huge validation for me.’
King of Time is available for pre-order and is already on all major streaming services. Fans can also look forward to Clegg’s autobiography, which is set to be released at the end of 2018.