The resilient and award-winning storyteller and producer, Asanda Magaqa, is the face of the South African Cultural Observatory’s (SACO) third International Conference, which she will host as master of ceremonies (MC) in March. 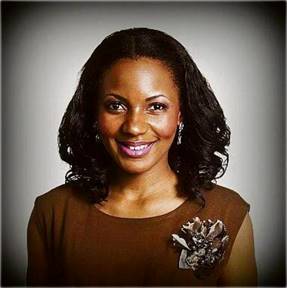 Under the theme ‘Beyond the creative economy? Trends and Issues in National and Regional Economies,’ the conference will provide a platform for national and international speakers to explore global and local research in the cultural and creative industries and arts, culture and heritage sectors. The two-day event takes place on 7 and 8 March 2018 at the Nelson Mandela Bay Stadium in Port Elizabeth.
Speaking about the opportunity, Magaqa said, “I feel immensely honoured at being invited to MC this important conference. Being MC does not mean merely overseeing proceedings but also participating and benefiting from the conferences programme.”
“The creative and cultural industries currently contribute 2.9% to South Africa’s GDP. This statistic provides an important indication that despite its growing impact we’re yet to fully exploit the potential of our healthy and vibrant creative economy – especially in light of the severe youth unemployment that plagues the country. As someone who considers herself to be a player in this creative economy, I am keen to extract as much as I can from this conference in order that I may be more knowledgeable in how to become effective in playing my role,” Magaqa added.

I am proud of the fact that this year’s conference will be based in Port Elizabeth, as the city is one that is very close to my heart

At the age of 21 Magaqa became the youngest anchor of a SABC flagship radio current affairs show. From here her 13-year career as a radio and television journalist flourished. After receiving several awards including the BBC Africa Radio Award for Best Journalist in Southern Africa, the Vodacom Journalist of the Year Award, and being shortlisted for a Commonwealth Broadcasting Association Award she was featured on the illustrious ‘Mail and Guardian’s 200 Young South Africans’ – a list which celebrates South Africa’s future leaders. Today, Magaqa continues to innovate in the media space via her own film, media and communications consultancy and her upcoming project, Citizen Tv Africa.
The SACO said it was pleased to secure such a renowned MC. “Magaqa is a stellar example of the creative talent that hails from the Eastern Cape and is an inspiration to all young media enthusiasts. Her passion for the creative industry and her ability to reinvent the media profession through her work as a media innovator makes her the perfect MC for this year’s conference,” SACO chief executive, Prof Richard Haines said.

The resilient and award-winning storyteller and producer, Asanda Magaqa, is the face of the South African Cultural Observatory’s (SACO) third International Conference, which she will host as master of ceremonies (MC) in March

Magaqa was born and raised in Ngqamakhwe, in the Transkei region of the Eastern Cape. She moved to Port Elizabeth during her high school years and matriculated from Collegiate Girls High School in 2000. She is currently completing her Bachelor of Arts postgraduate degree in Journalism at the University of Witwaterstrand while studying Afrikan Feminism and Gender Studies at the University of South Africa’s Thabo Mbeki Leadership Institute.
“In the 13 years of her journalism career, Magaqa has made a name for herself as a respected media practitioner in the creative industry and we are looking forward to the valuable insights that she will bring to the conference,” Haines added.
“I am proud of the fact that this year’s conference will be based in Port Elizabeth, as the city is one that is very close to my heart,” Magaqa concluded.
The SACO is a creative economy think tank established by the Department of Arts & Culture (DAC) to explore the impact that creative and cultural industries have on South Africa’s economy.
The standard rate for the conference is R750 and R500 for students. For more information and registration visit: SACO 2018 National Conference Website.